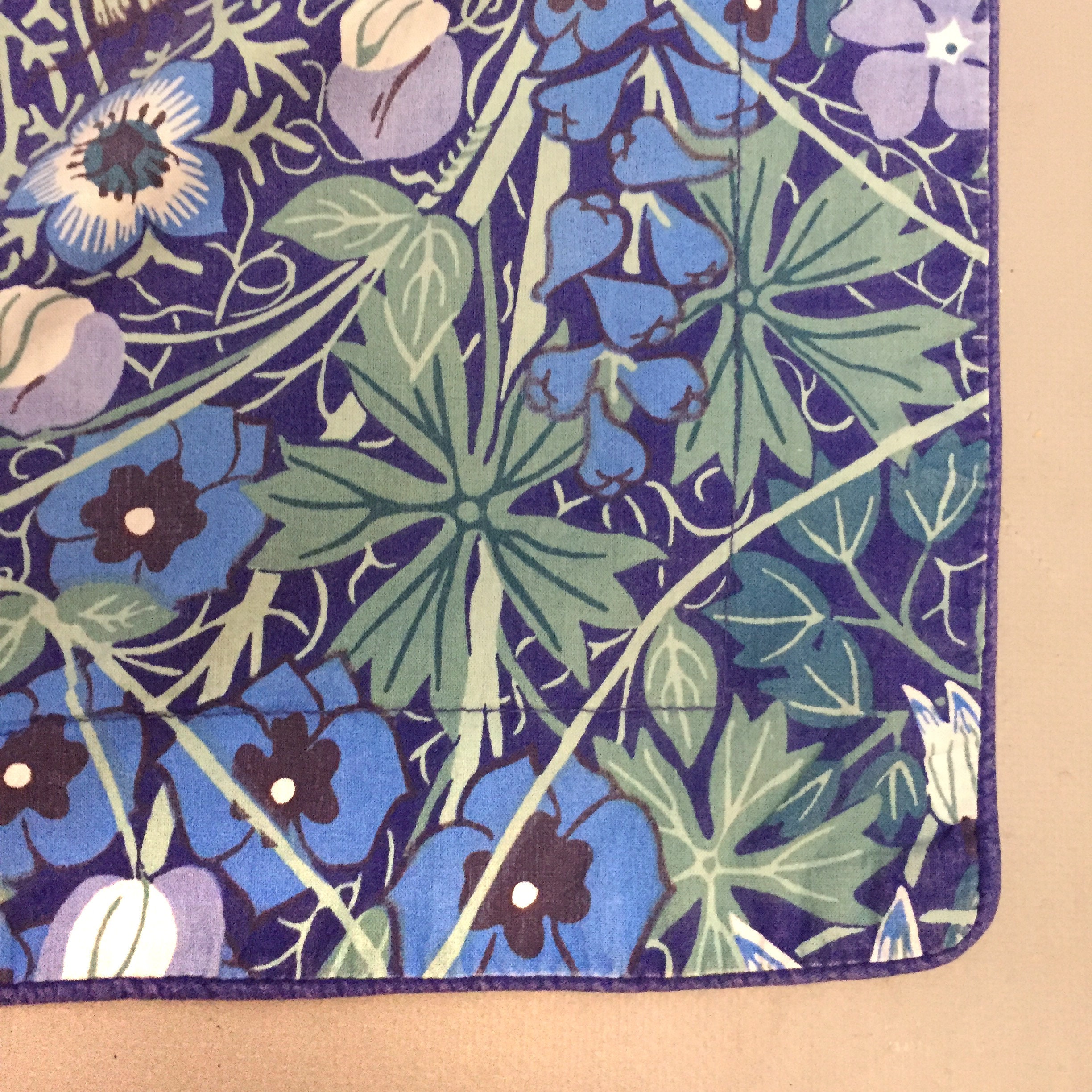 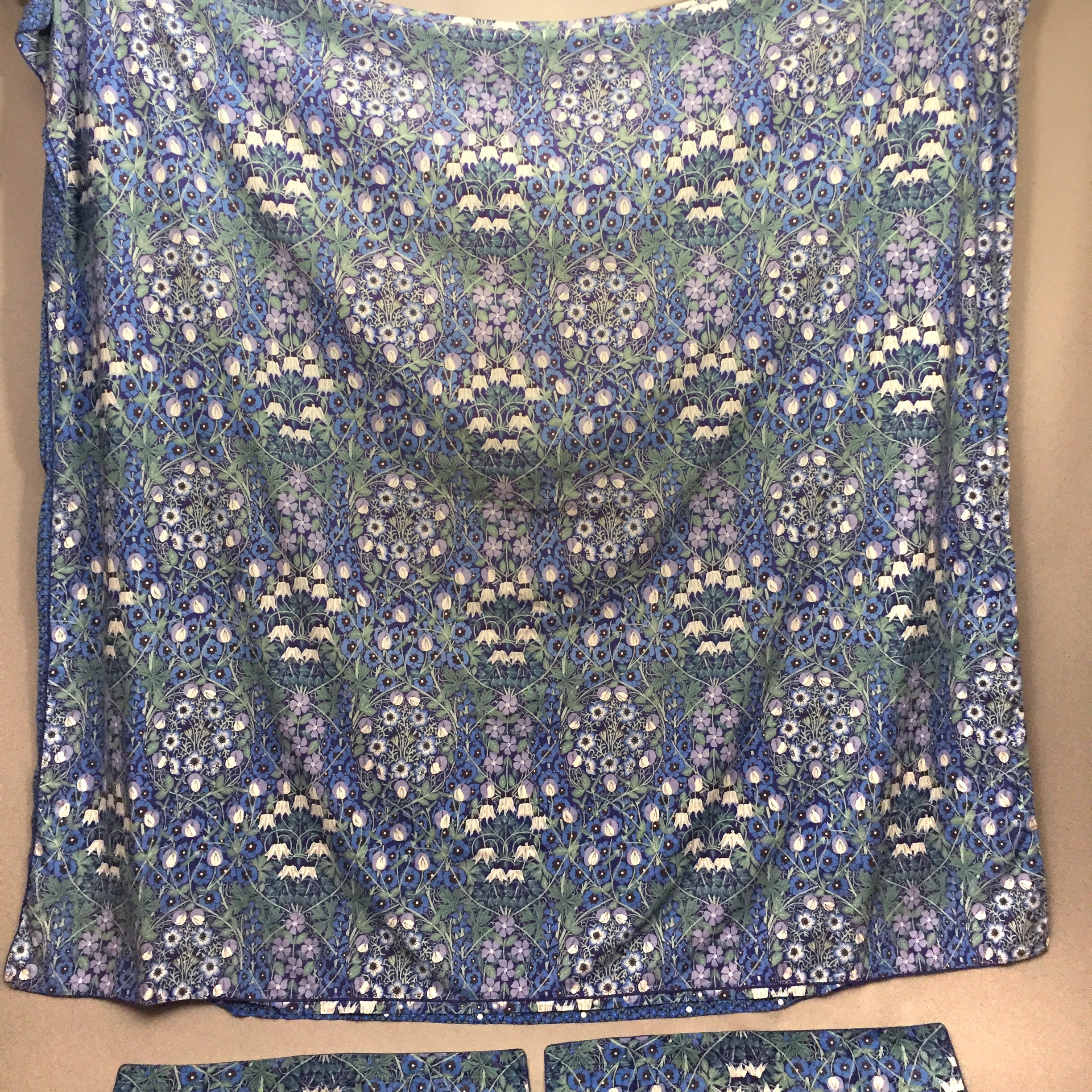 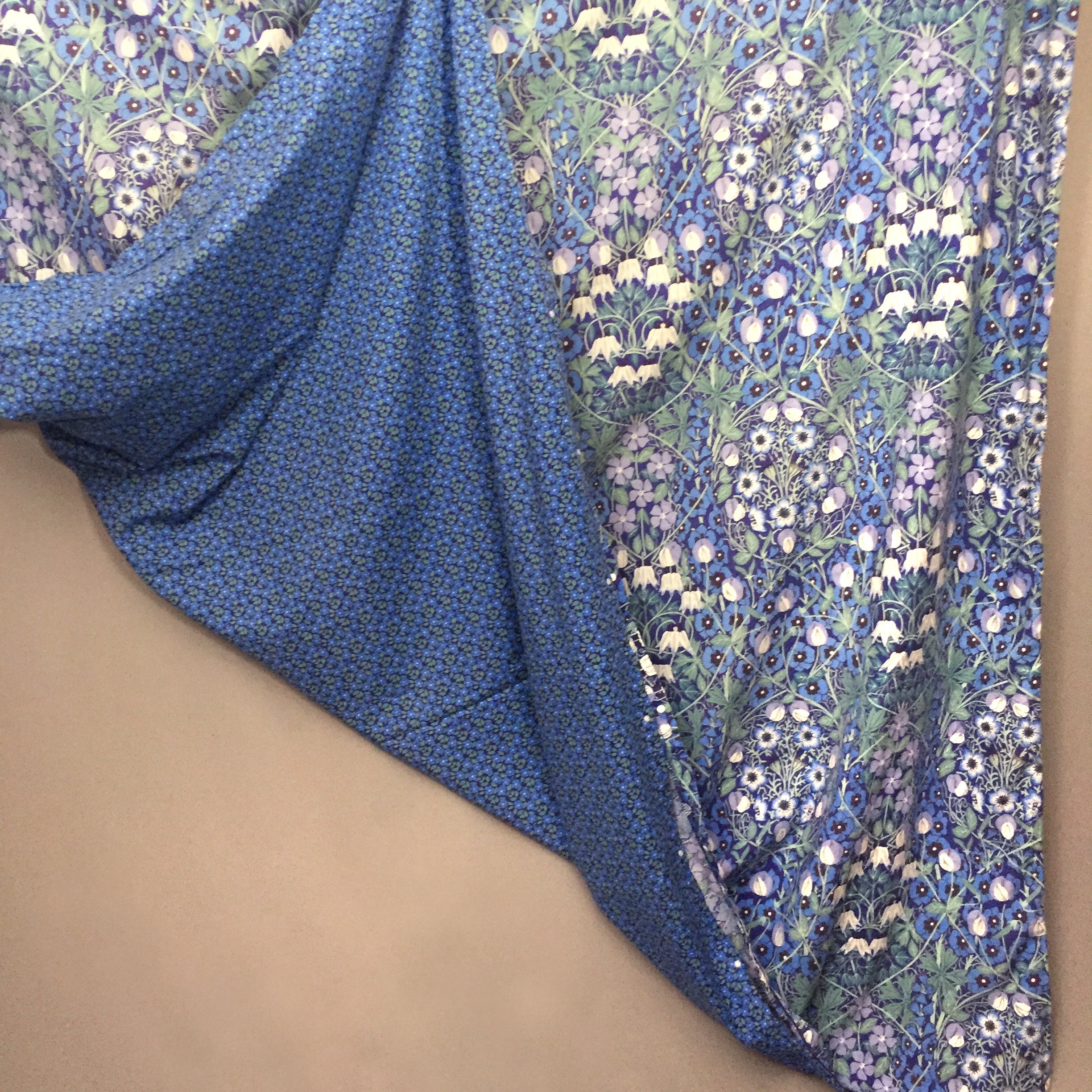 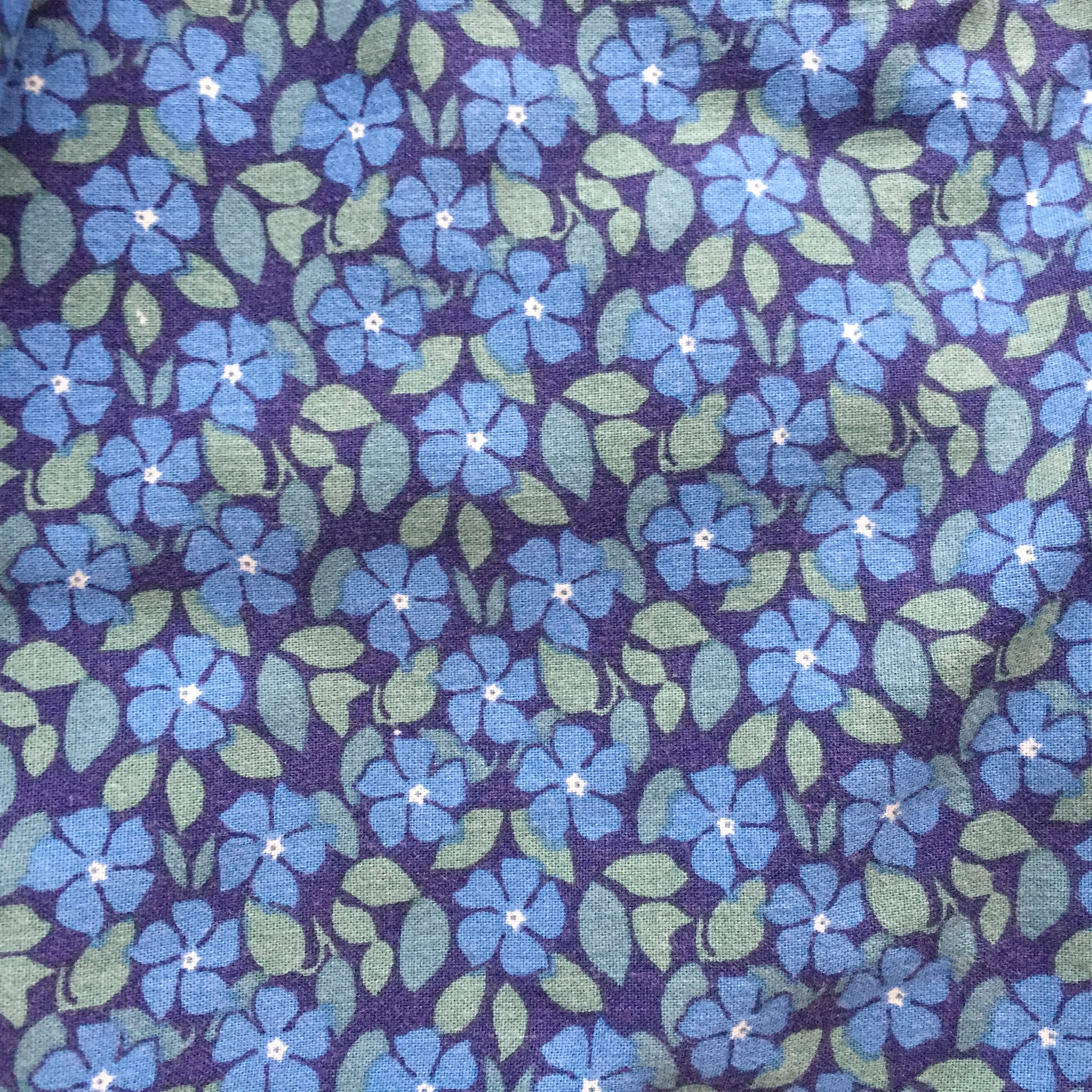 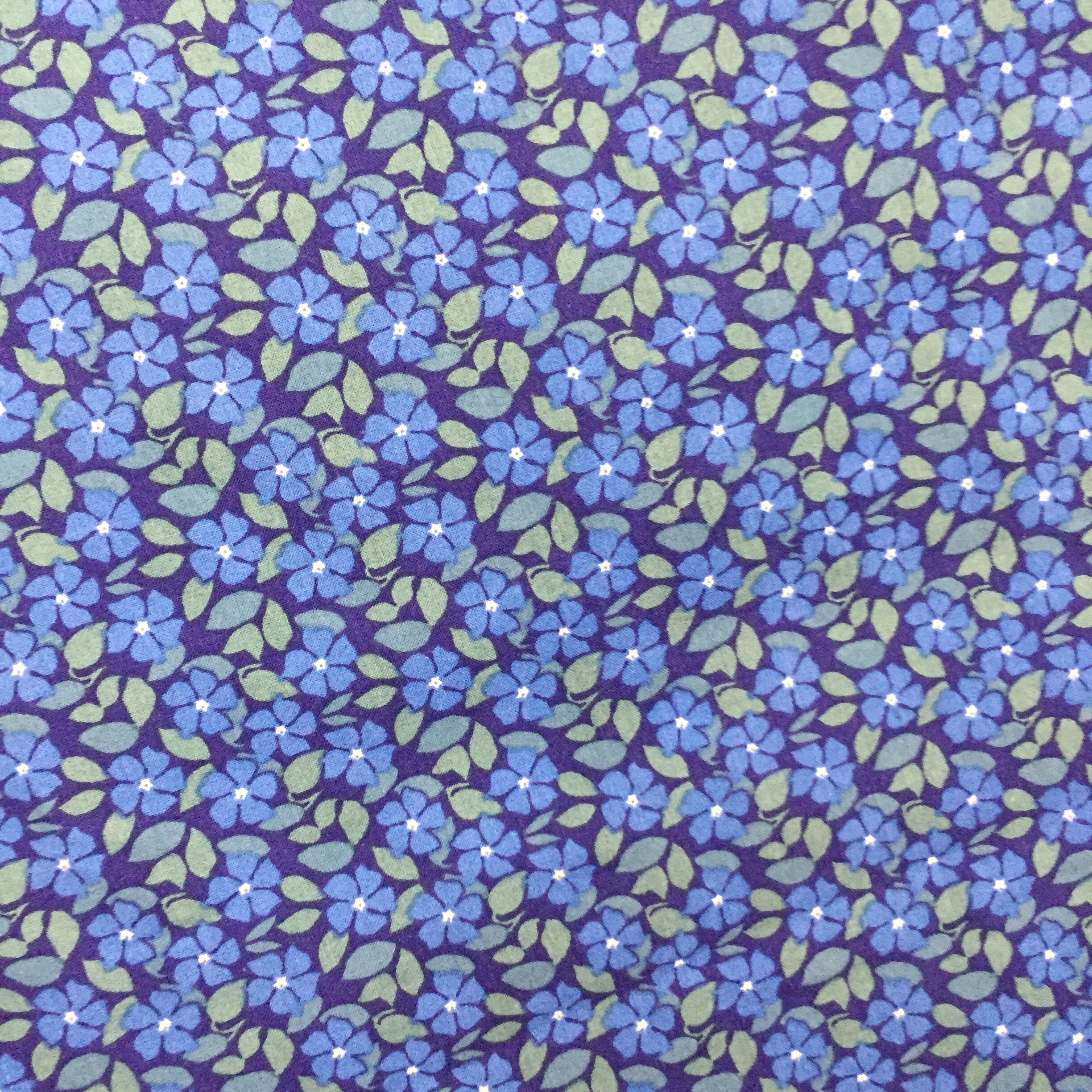 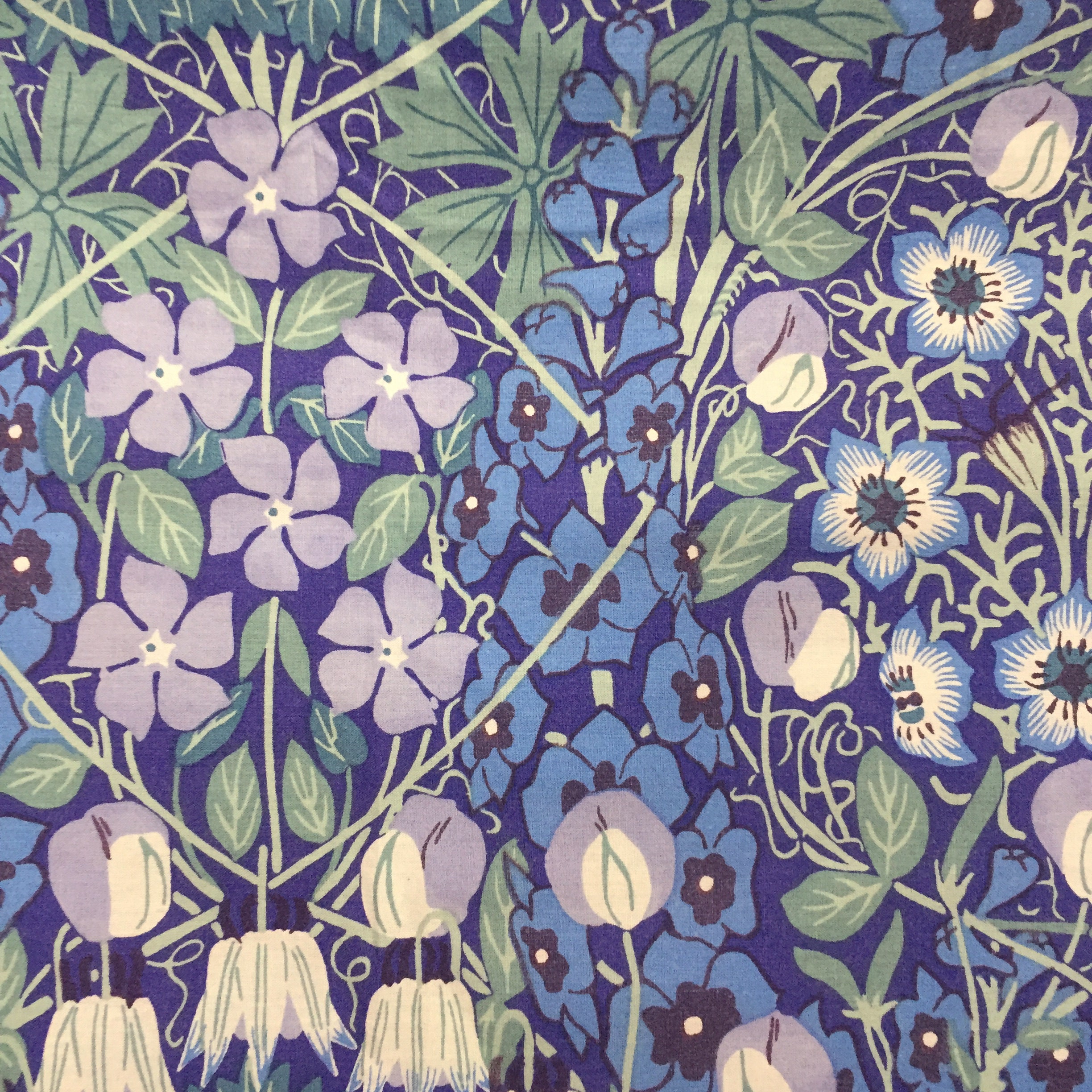 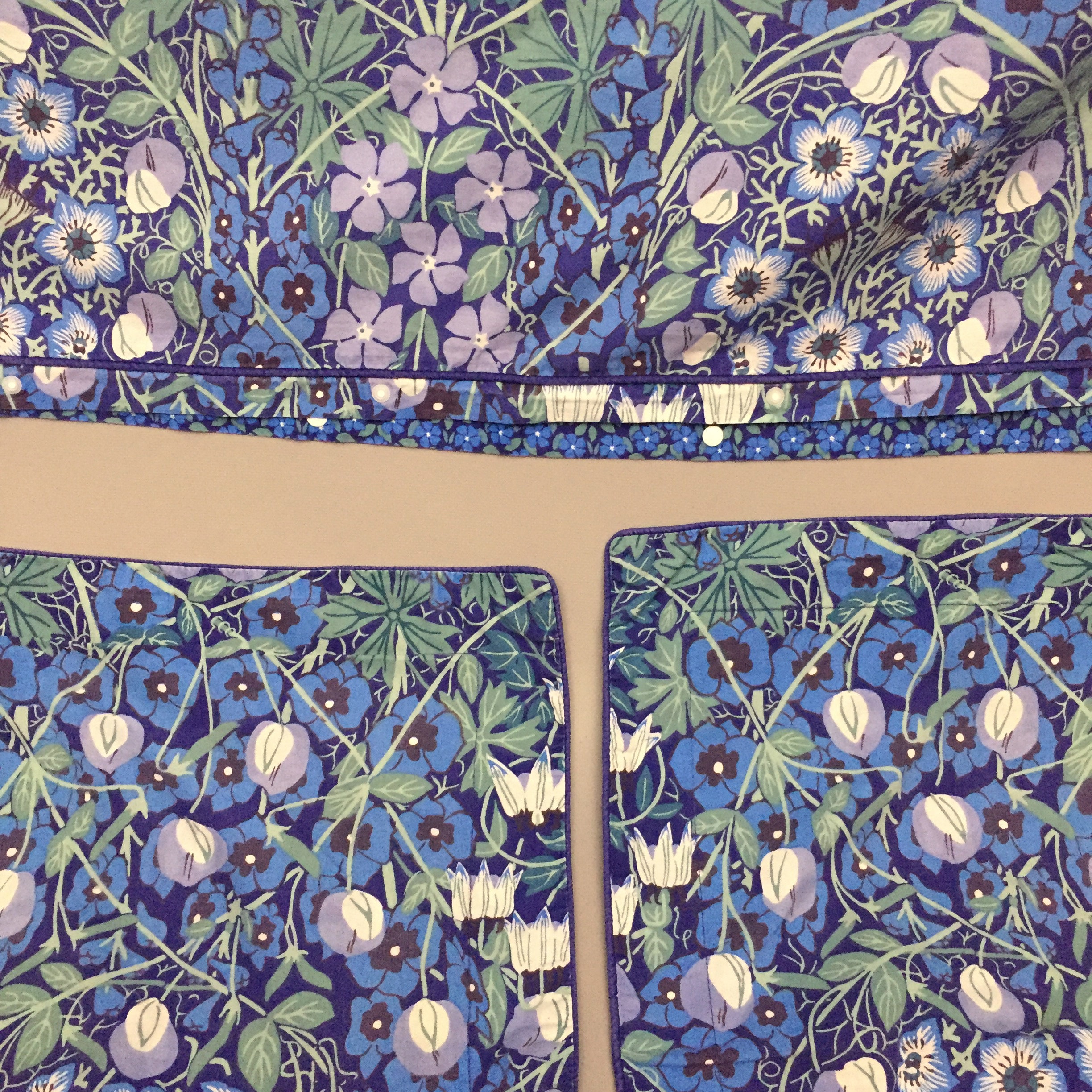 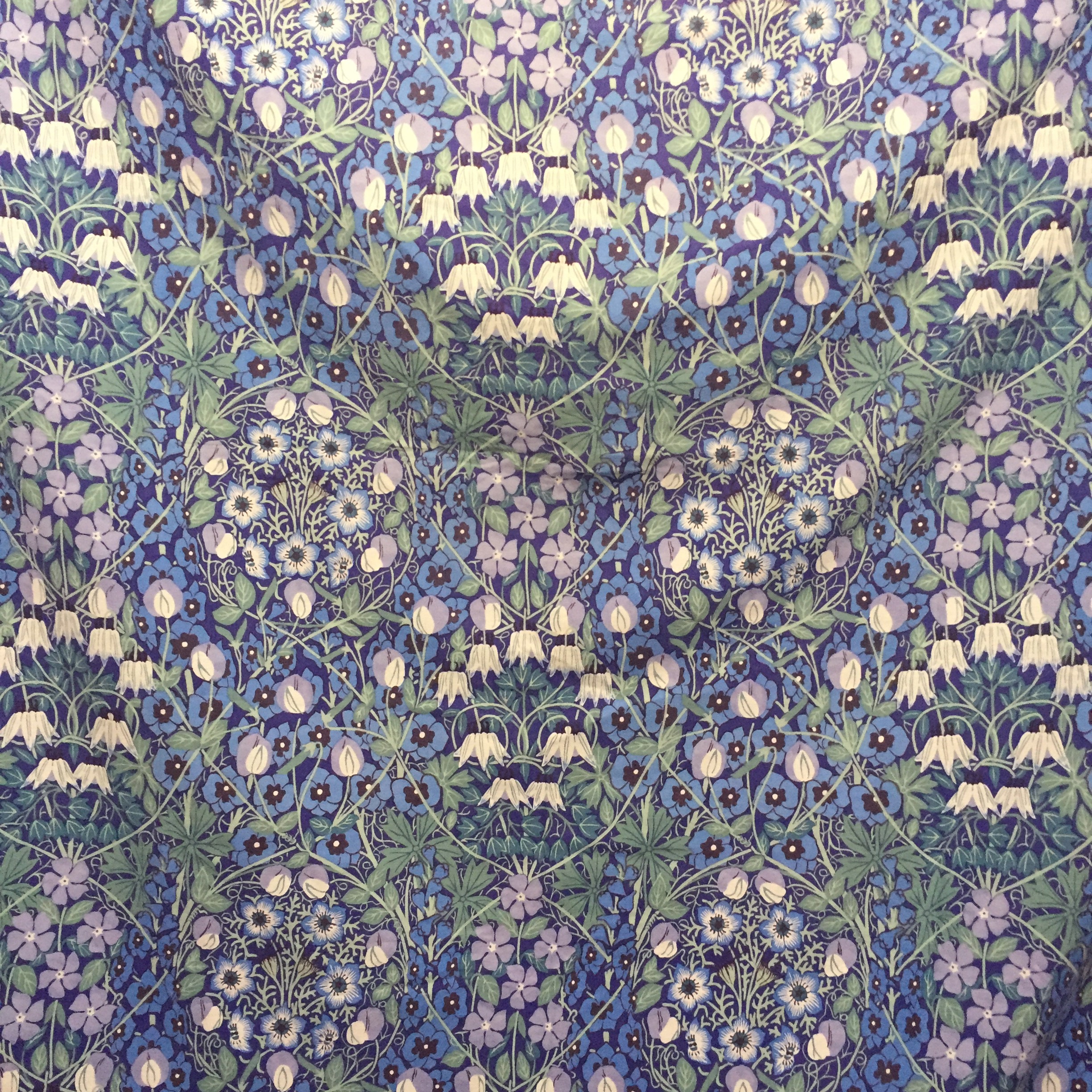 A super set of 1970s bed linen comprising a king size duvet cover and 2 standard pillowcase covers. The duvet is reversible with a coordinating fabric on each side for a different look. The pillows are the same fabric on both sides. Both the duvet cover and pillowcases are edged with a blue piping . The fabric is still bright for its age and is reminiscent of William Morris's patterns, which saw a revival of interest in the 1970s. It has been beautifully made by hand with popper closures on the duvet cover. Duvets became all the rage in the 1970s , brought to the UK from the continent by Terence Conran and his iconic store Habitat. This paired with some plain blue sheets will look so stylish.