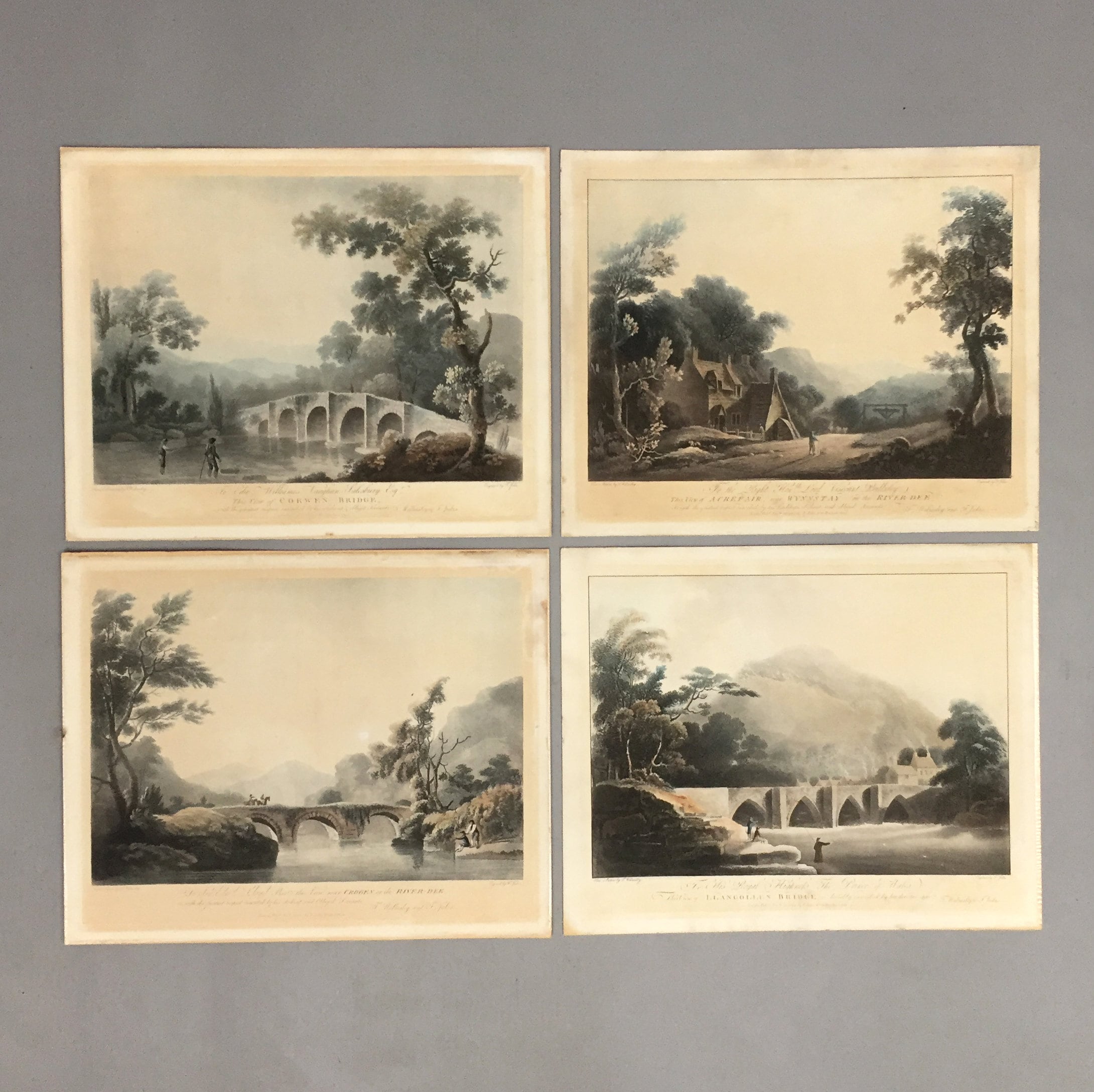 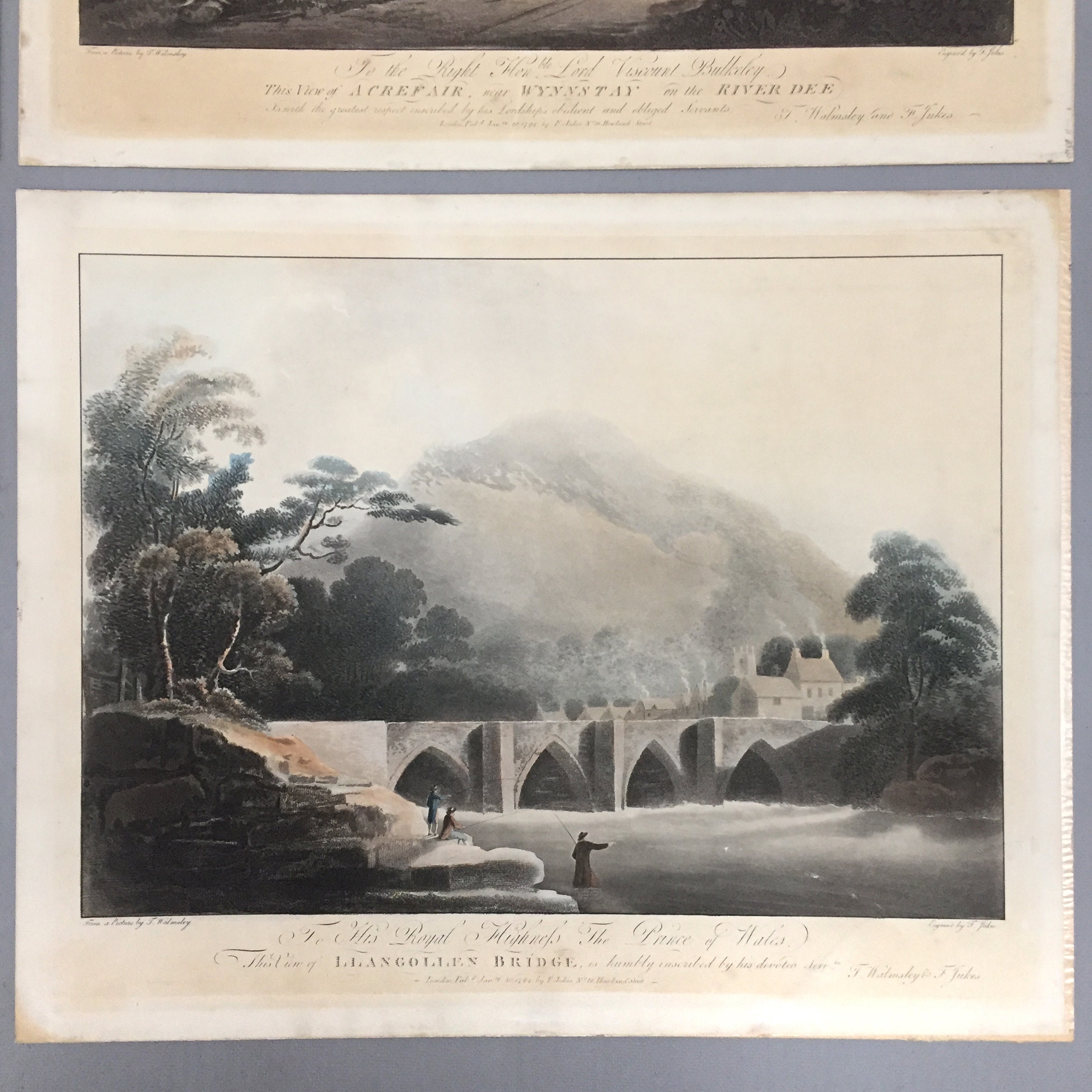 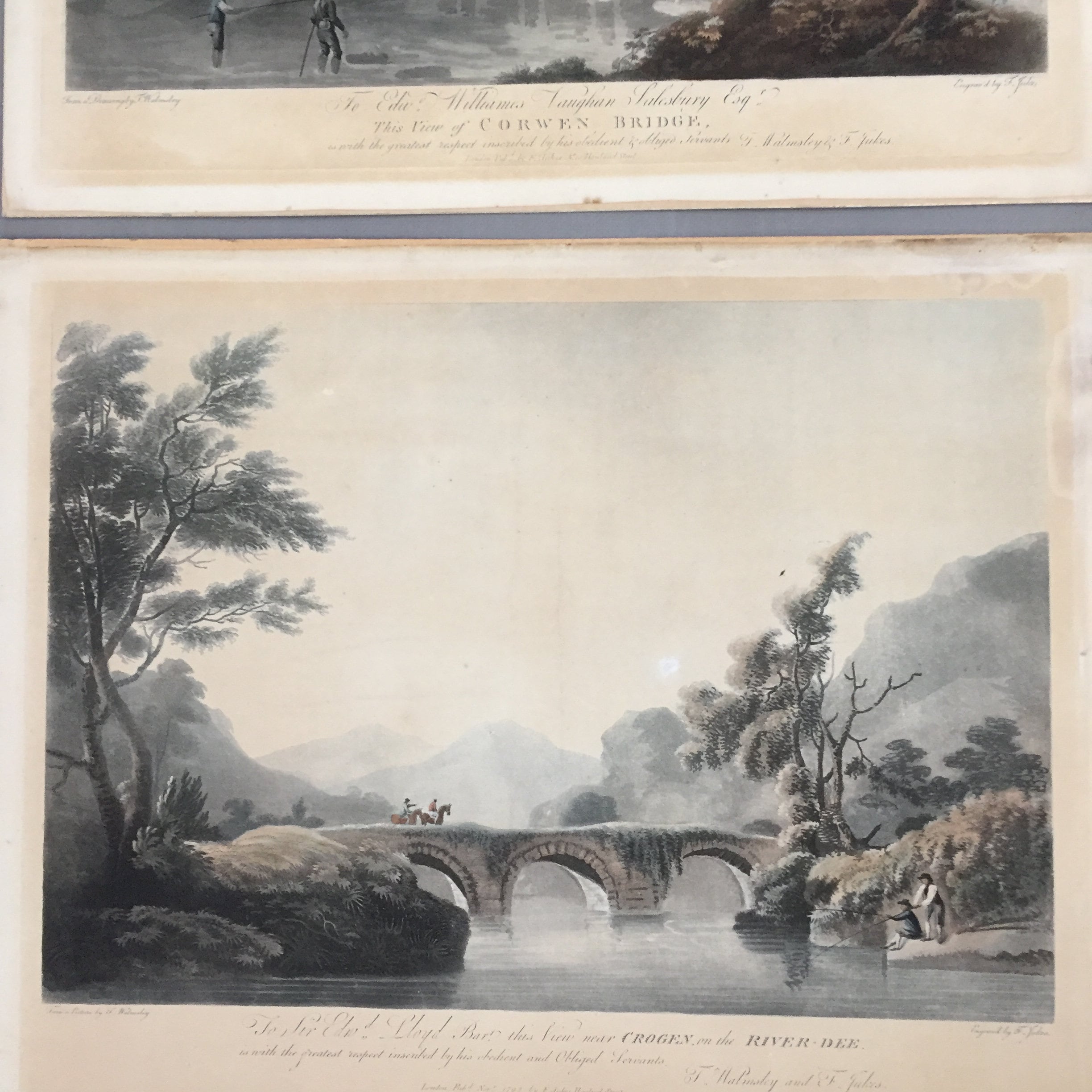 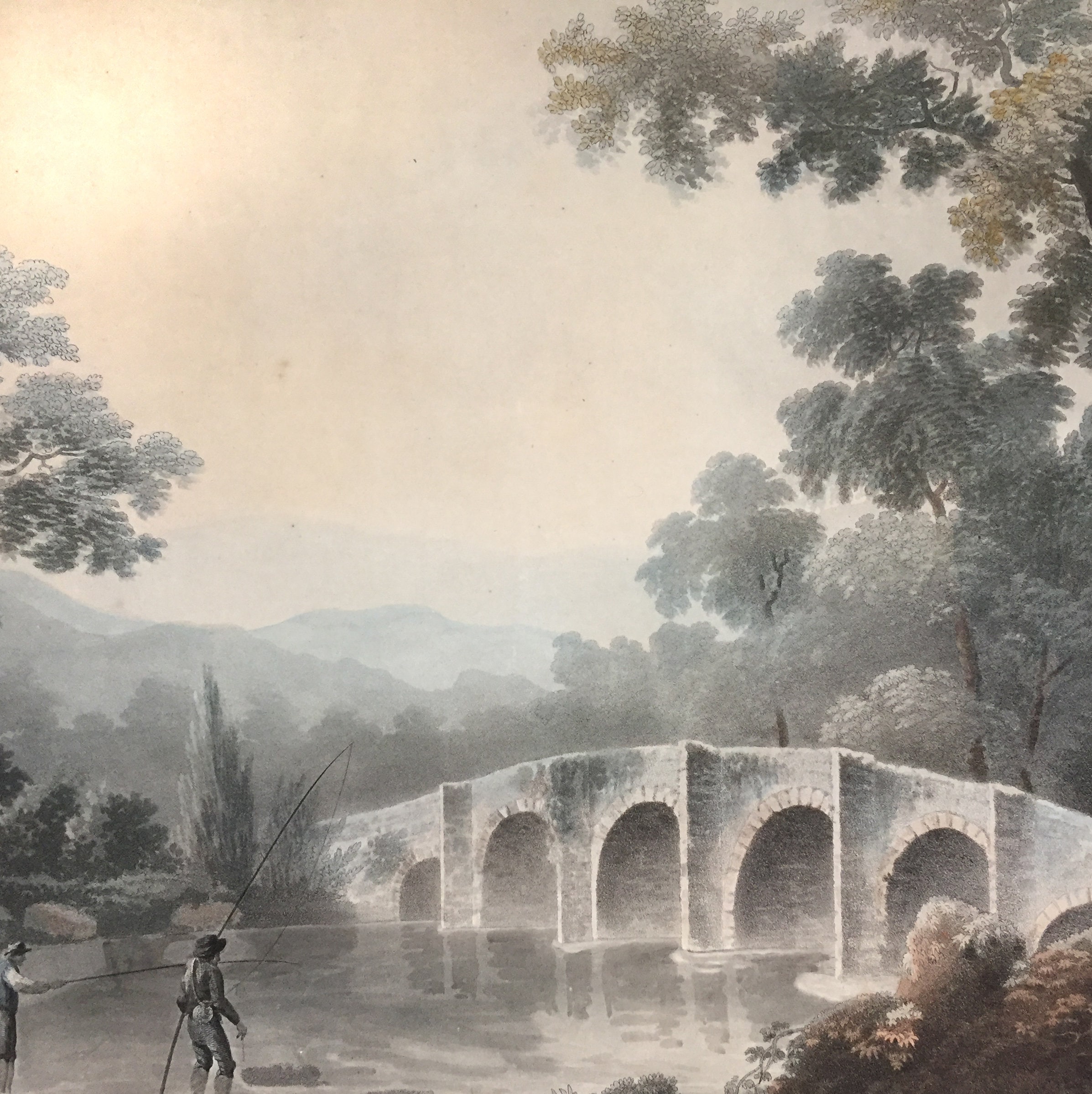 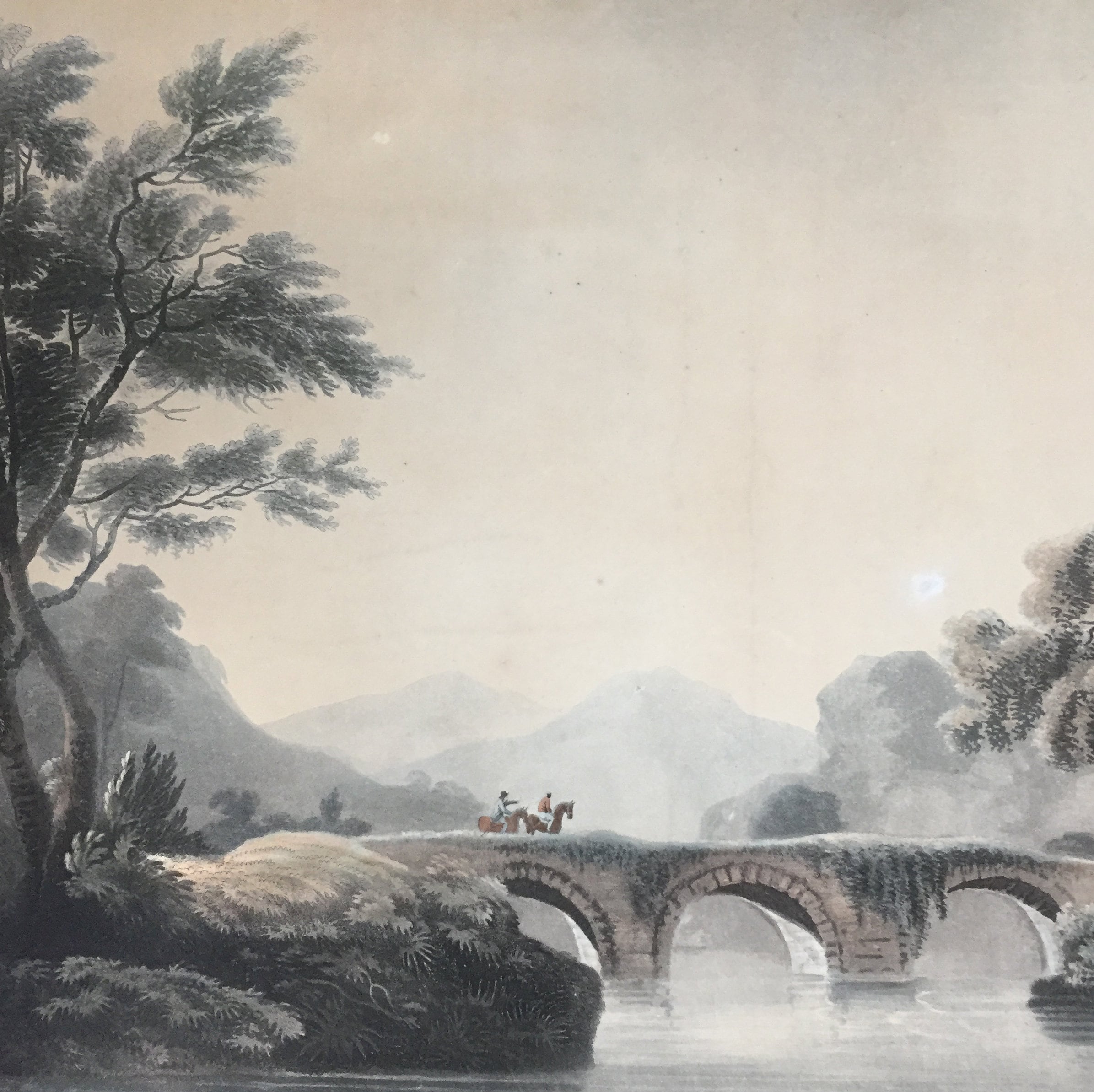 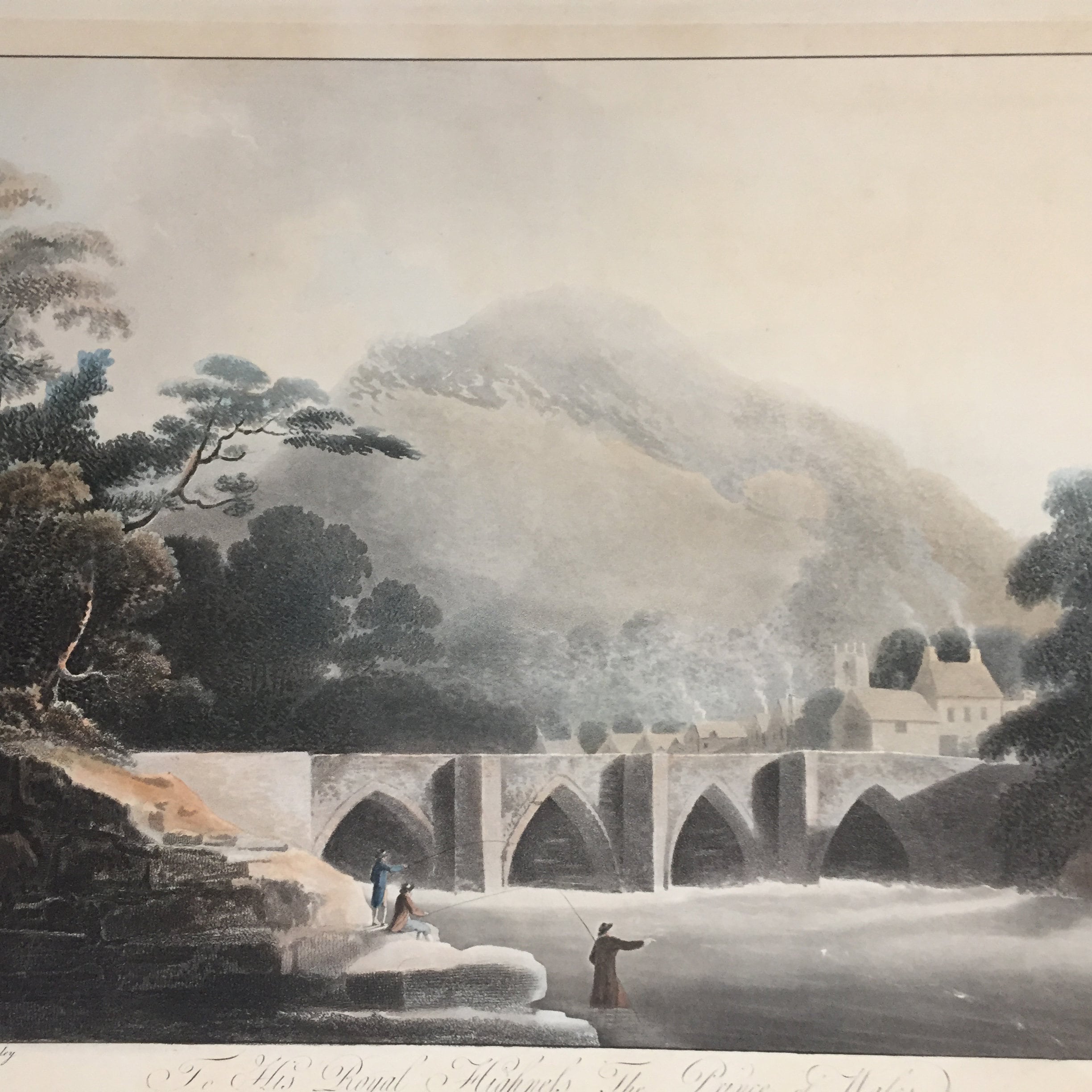 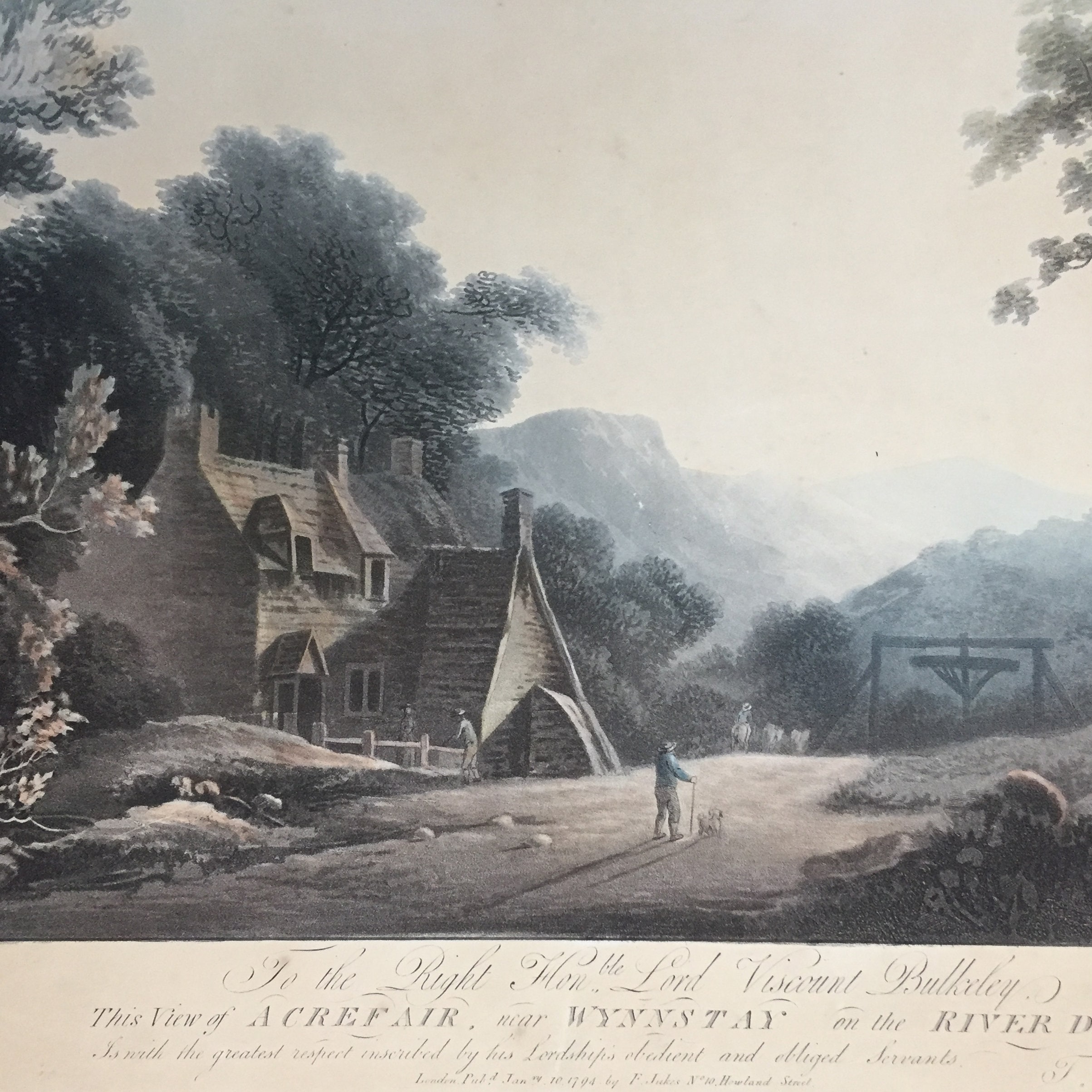 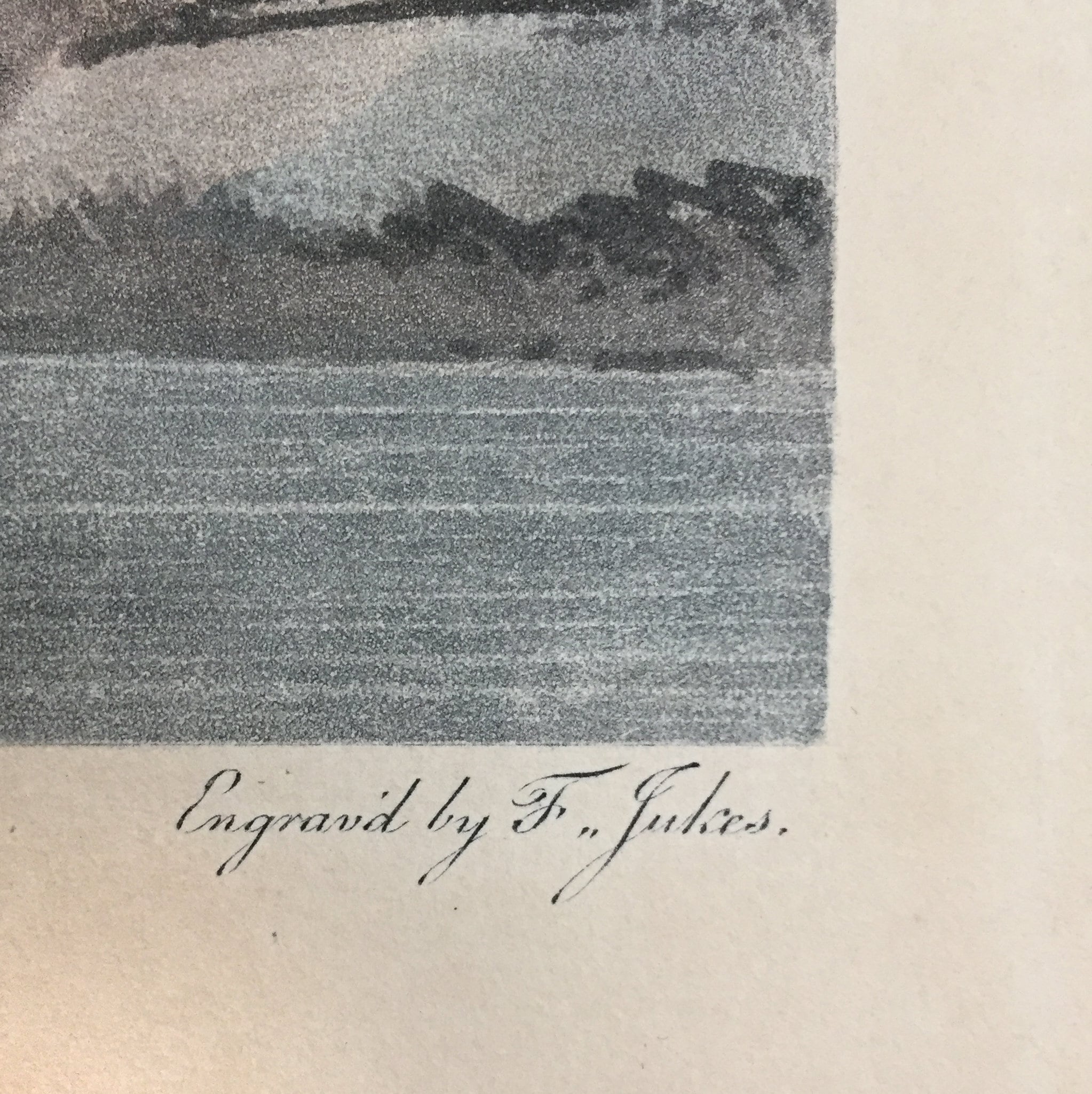 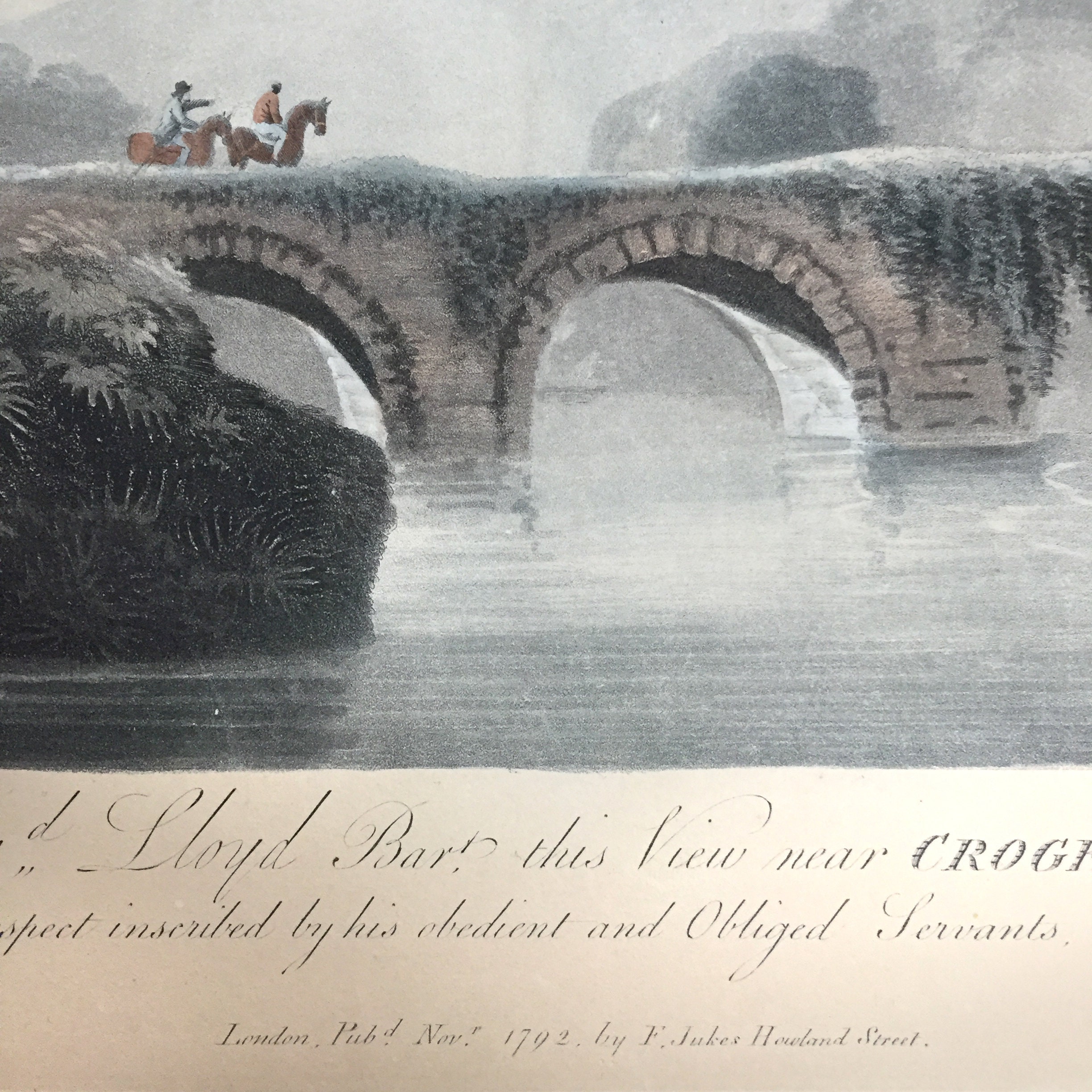 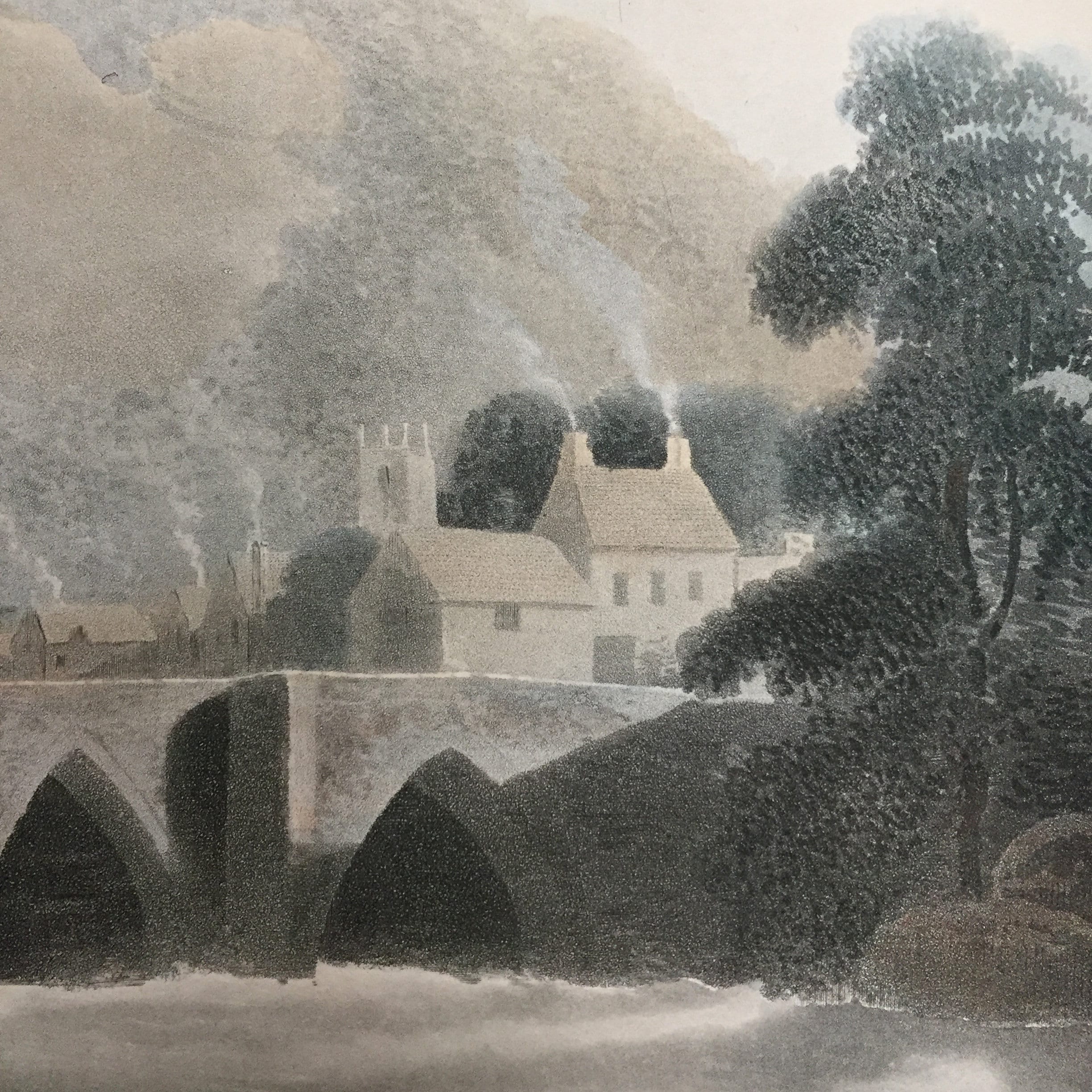 A set of 4 hand coloured prints, engraved by F.Jukes, drawn by J.Walmsley dating back to 1792-1794. They feature scenes of Wales and the river Dee
Thomas Walmsley, (1763- 1806) was an accomplished artist and follower of the picturesque school of painters, fashionable in the 19th century. Walmsley began his career as a scene painter at the Opera House in London and is known for his dramatic use of colour and carefully composed settings.

The Scenes include Llangollen Bridge (1794) , built across the River Dee at the North end of the high street of Llangollen in the county of Denbighshire in North-east Wales. The Bridge is listed as one of the seven wonders of Wales and is a Grade I listed building.

Corwen bridge ( no date) - a View of the six arched, stone bridge over the River Dee near Corween in Denbigshire, North Wales. Situated in the Vale of Edeyrnion at the foot of the Berwyn Mountains, this area is known as the Crossroads of North Wales. The original postal route from London to Holyhead passed through Corween thus ensuring that it was to become an important coaching stop and subsequently a thriving market town. The original road over the River Dee was built by the Romans but it was much improved by Thomas Telford in the early 19th century.

The prints are charmingly discoloured with age but are really rather beautiful , hand coloured in a soft pallet of green blue and grey.
Beneath each image is beautiful scroll font describing the picture along with date and artist and engravers name. Very old , this is sold as a set of 4 prints