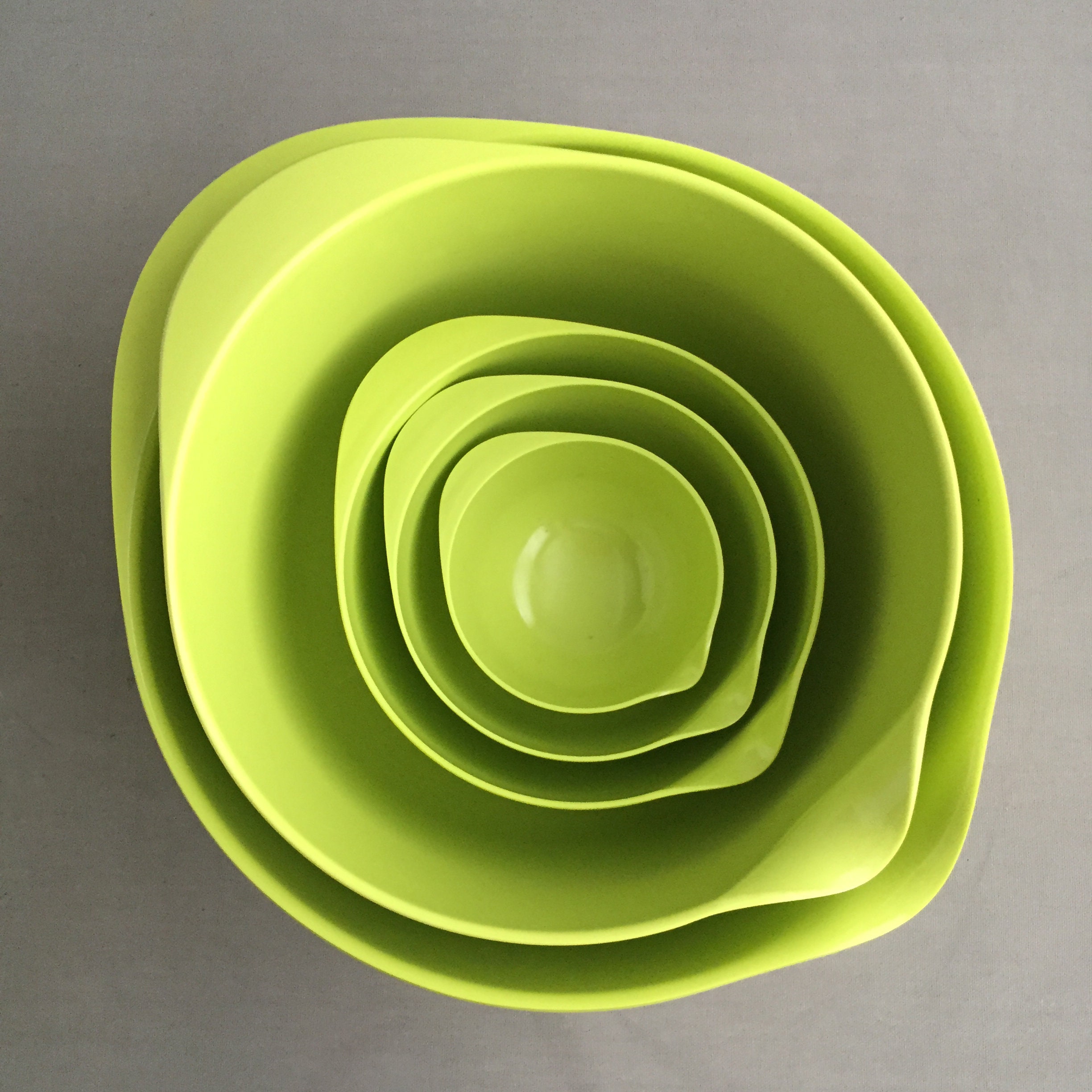 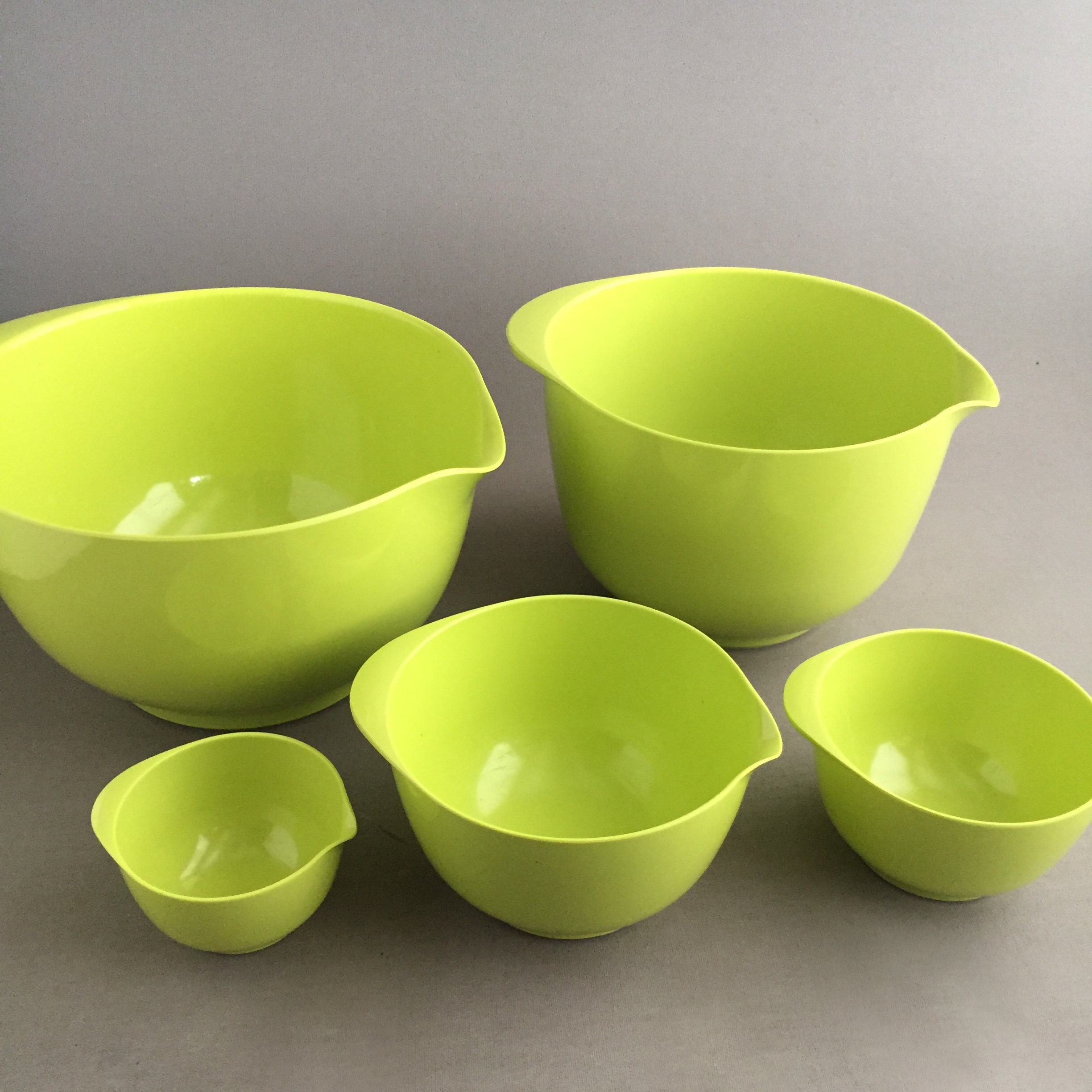 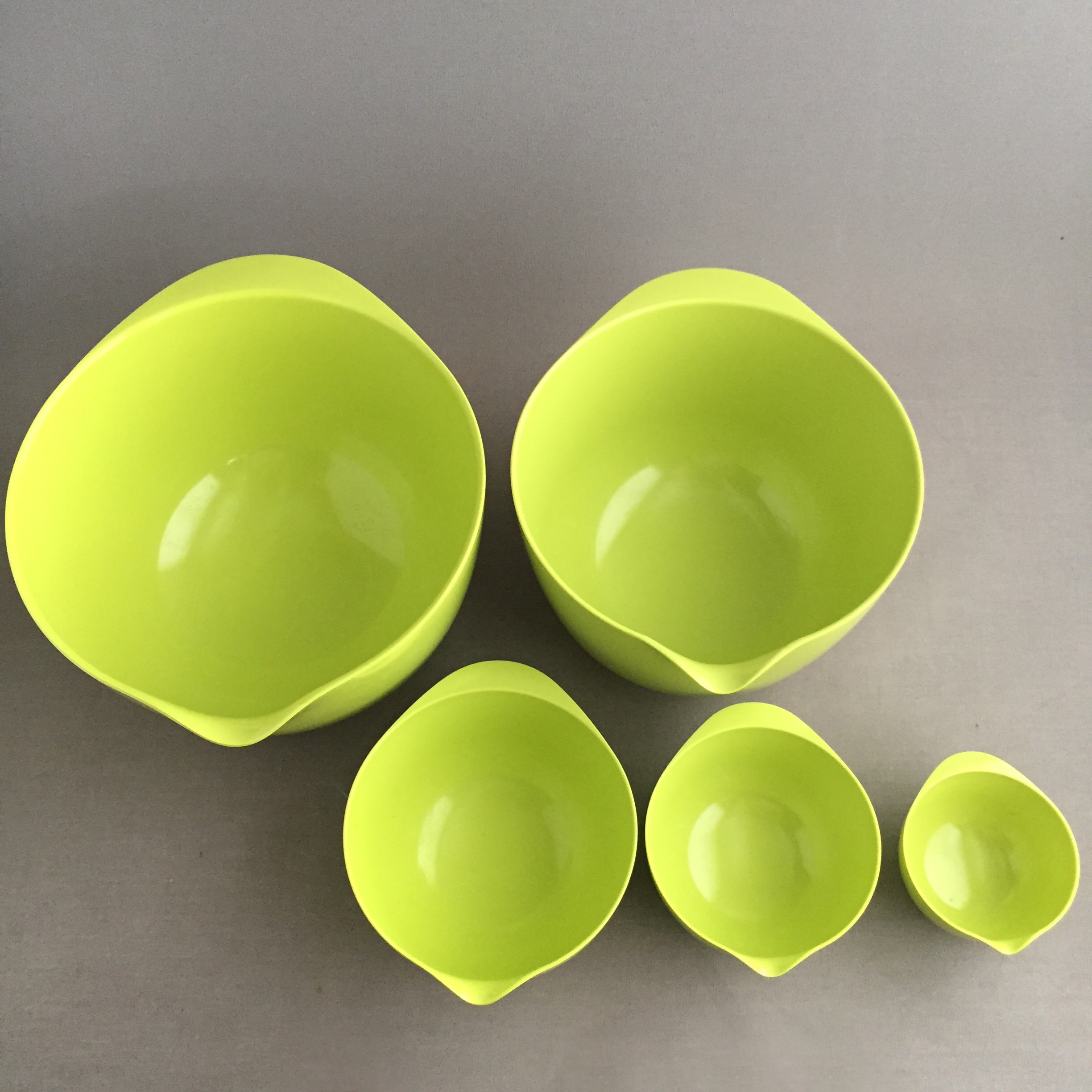 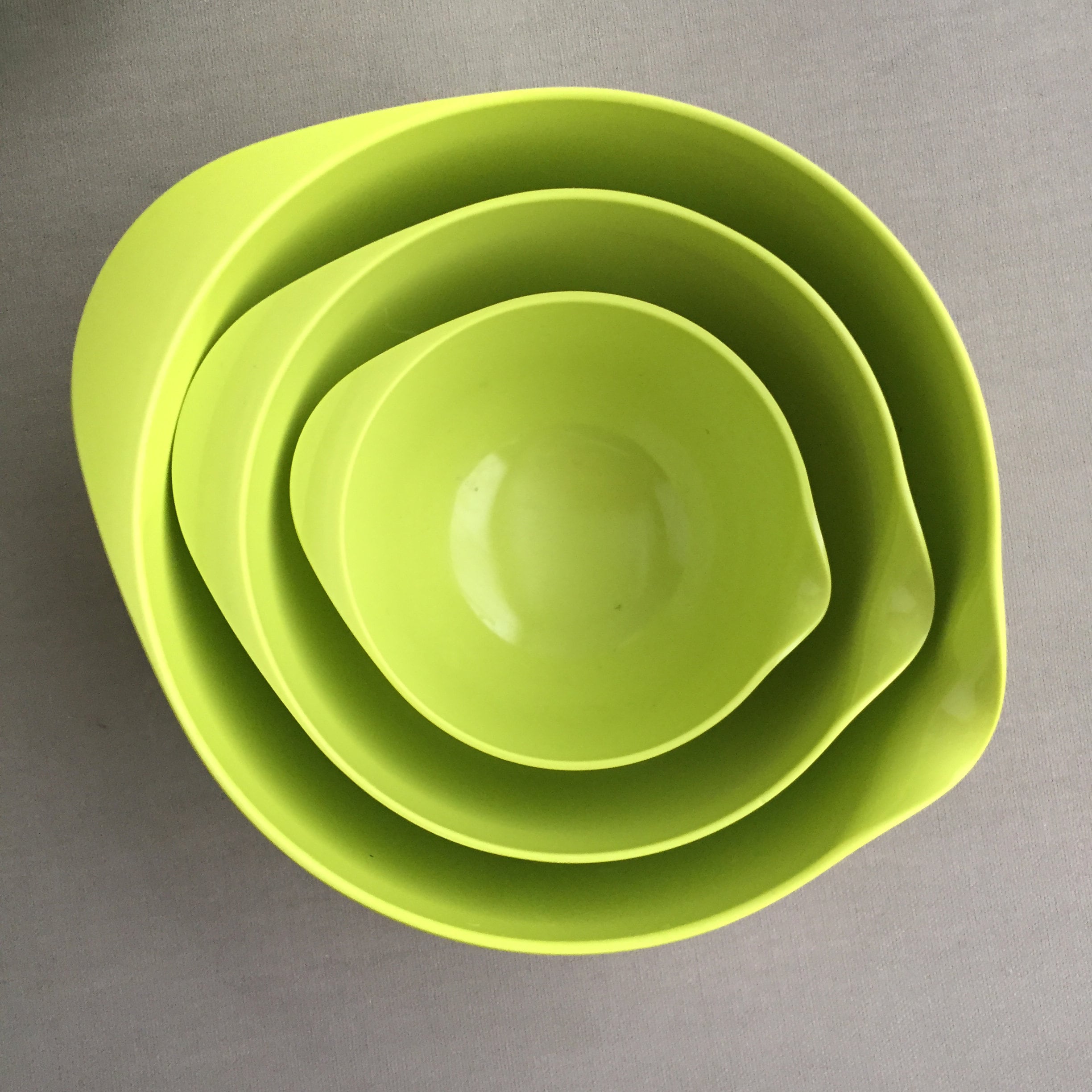 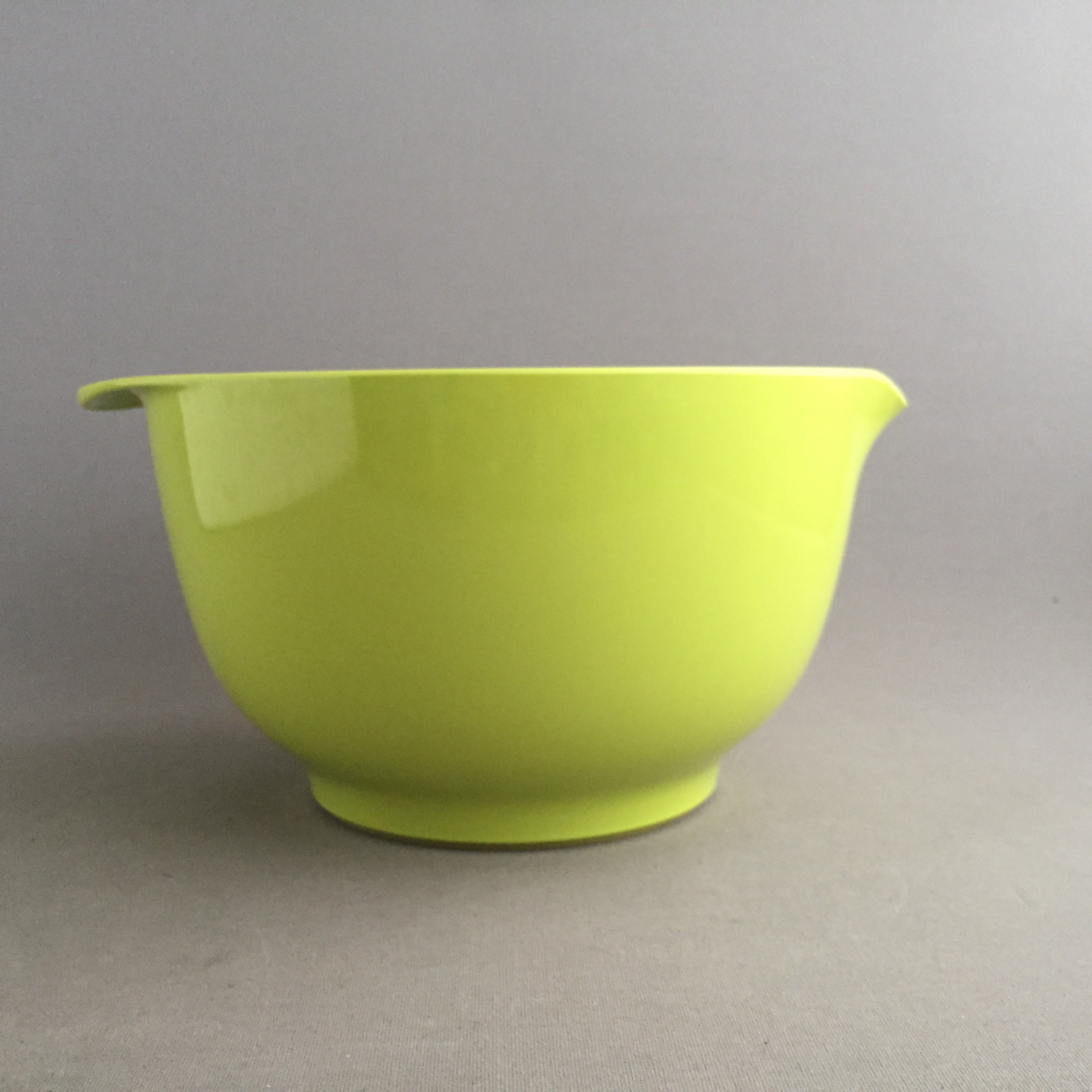 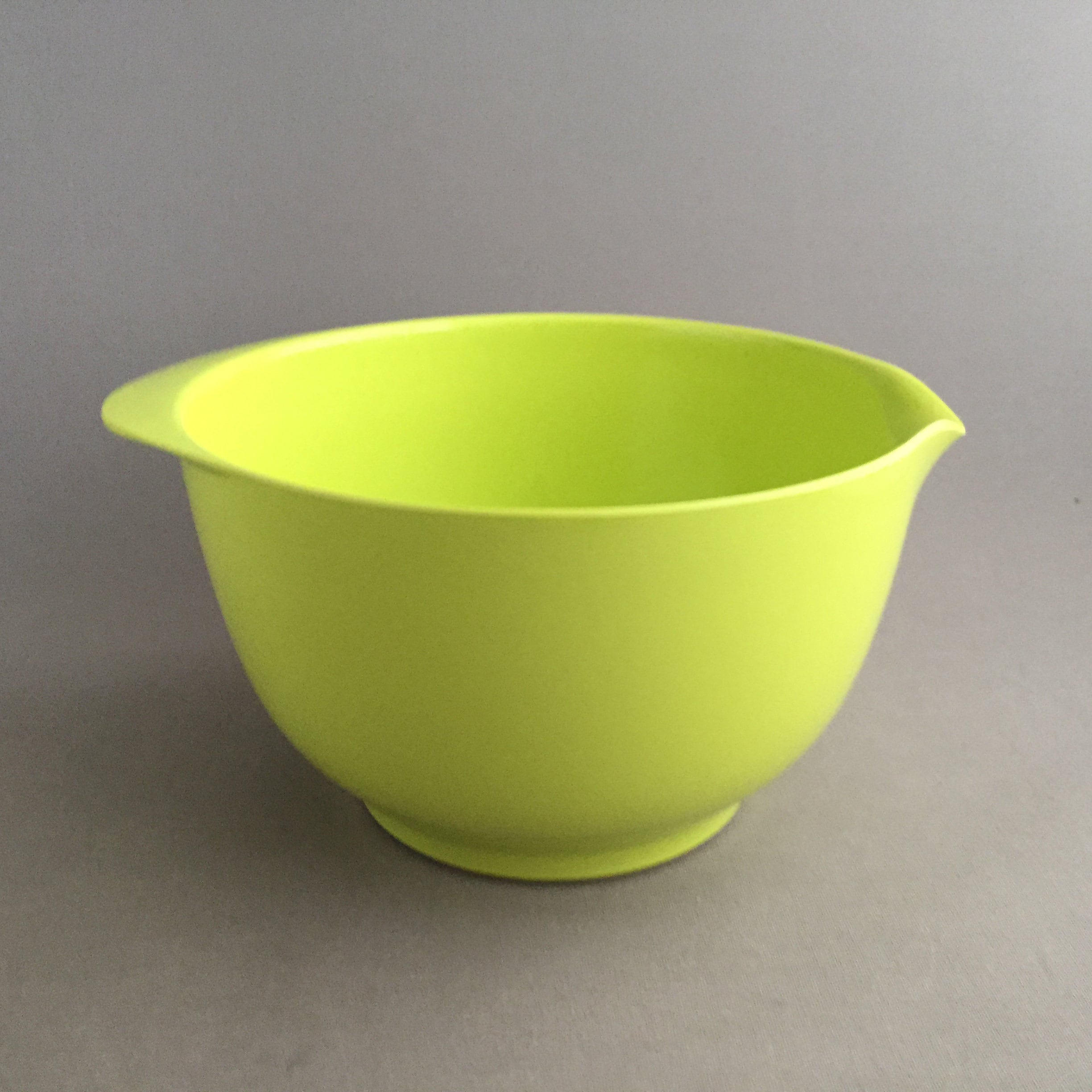 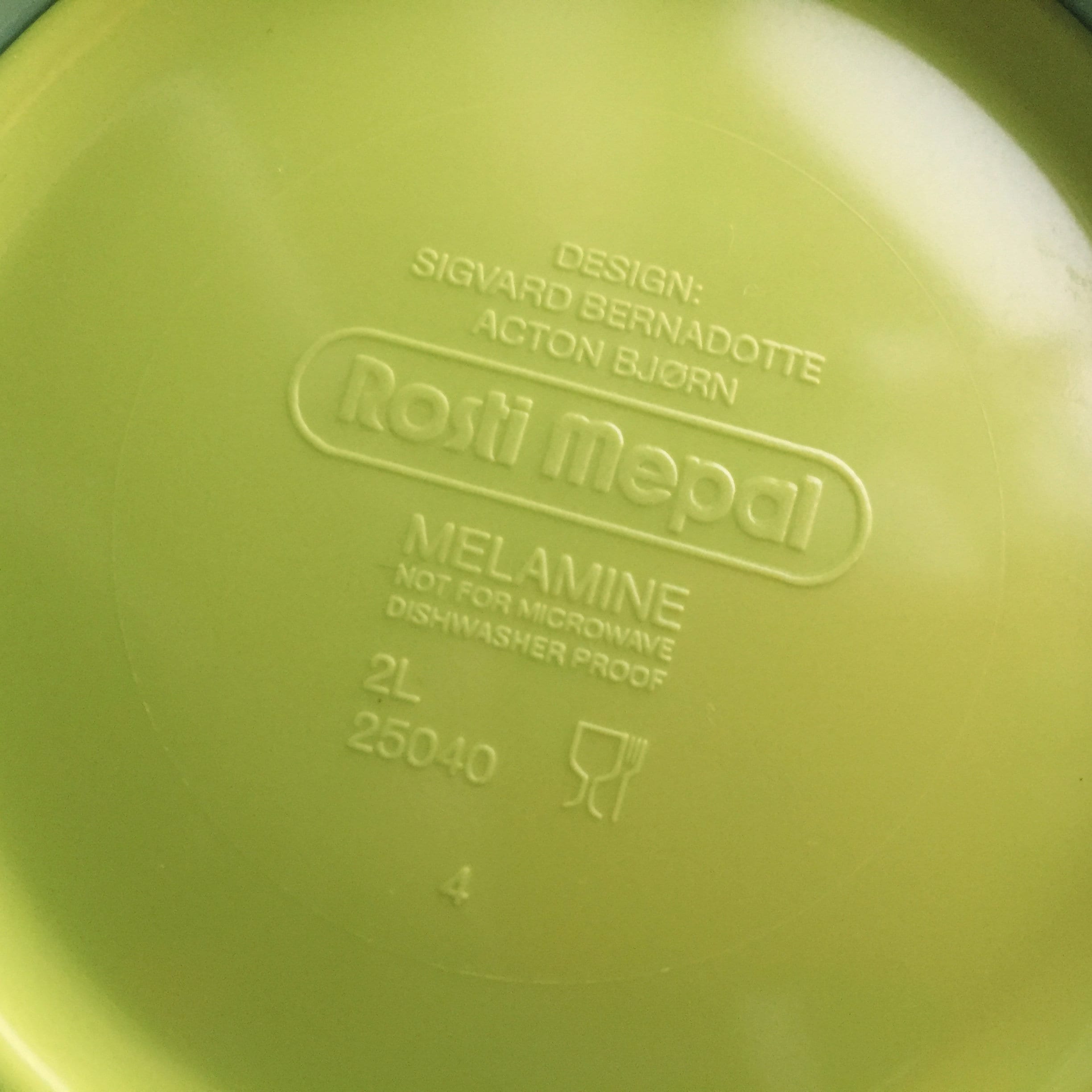 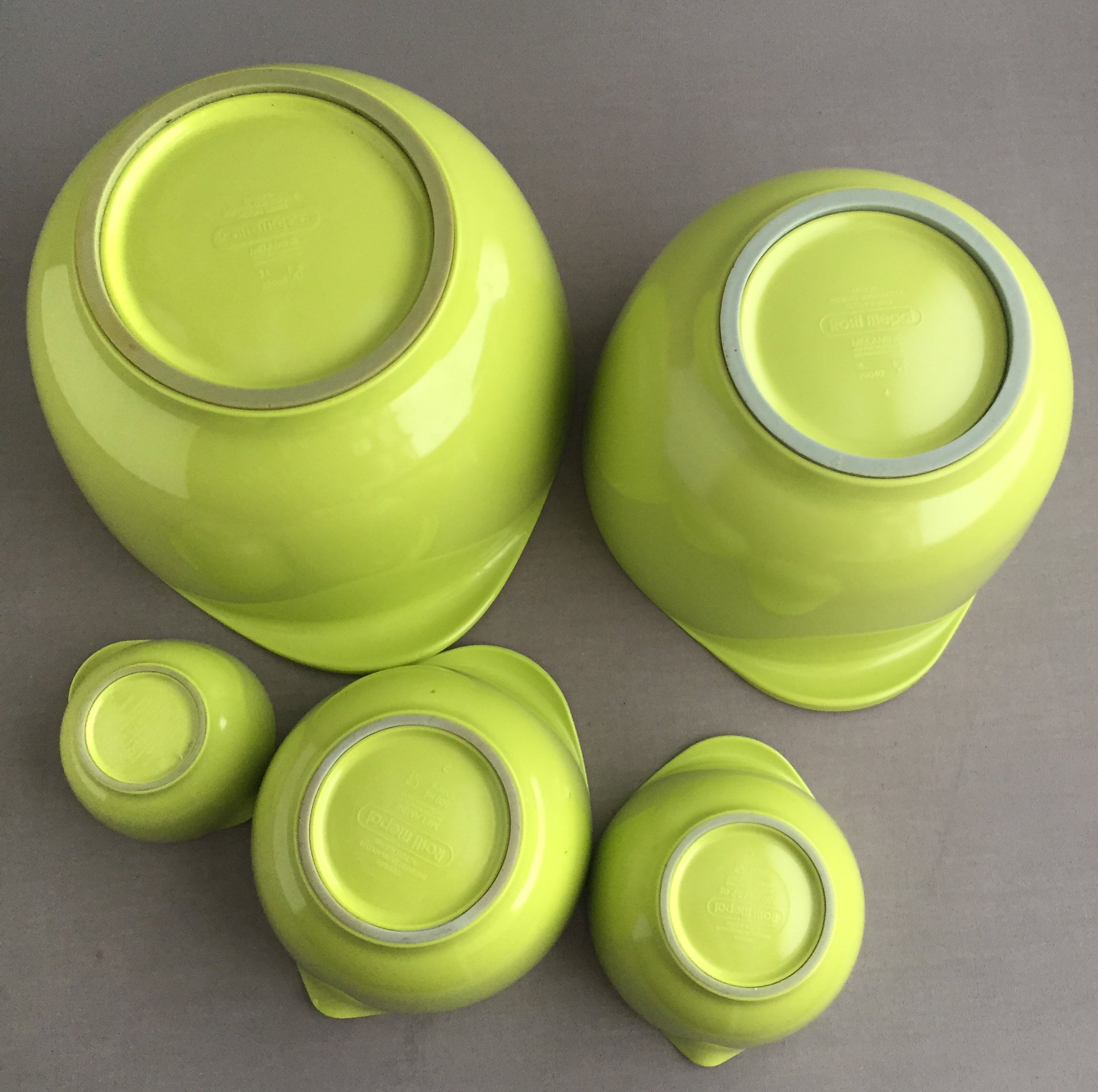 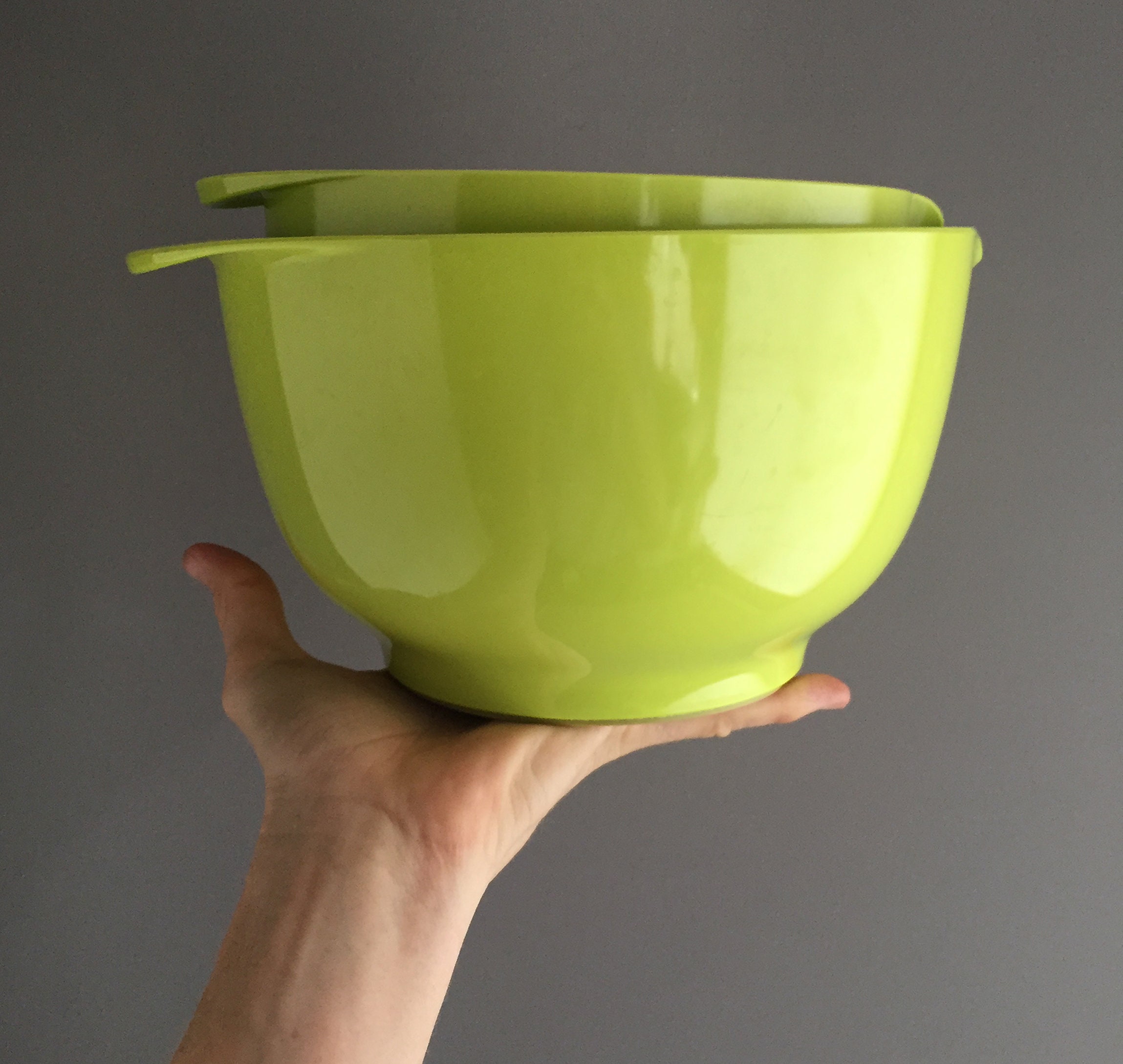 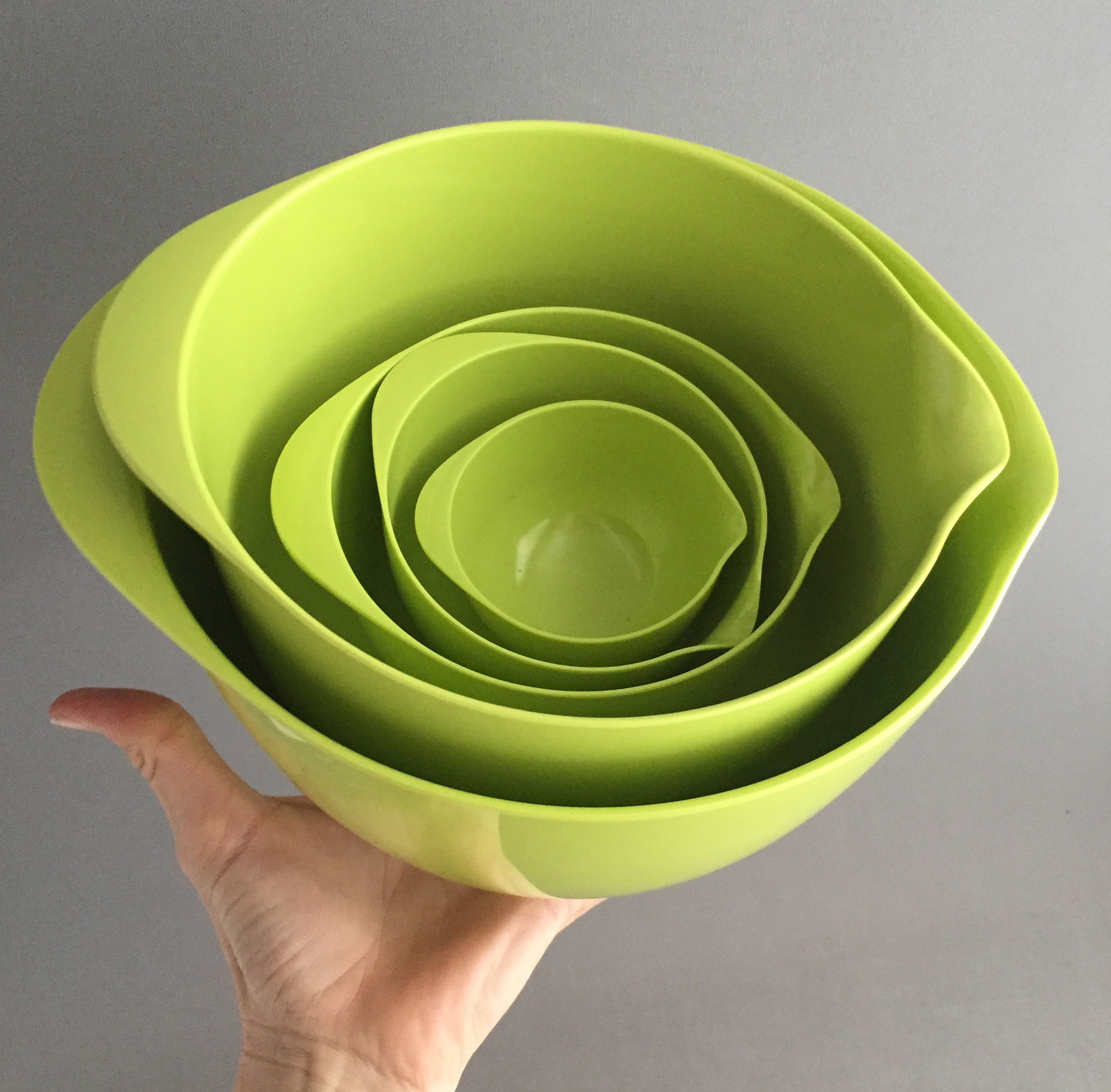 This Margrethe Mixing Bowl set from Rosti Mepal is a true design icon . Designed for Rosti in 1954 by Sigvard Bernadotte and Acton Bjørn. The Margrethe mixing bowl - one of the four greatest Danish design achievements - has been proving for half a century that Denmark and design go hand in hand. Developed in 1950, it is one of Rosti's classics. The mixing bowl was named after the Danish Queen Margrethe with the consent of the Danish court
It has an anti-slip ring around the base making this the perfect bowl for everyone from professional baker to occasional chef. When its time to transfer your food from bowl to pan, the spout on the rim of the bowl makes pouring easy. This bowl is also heat resistant to up to 70˚C.

This is the lime green version. The bowls nest into each other for practical storage. This is a set of 6 bowls .