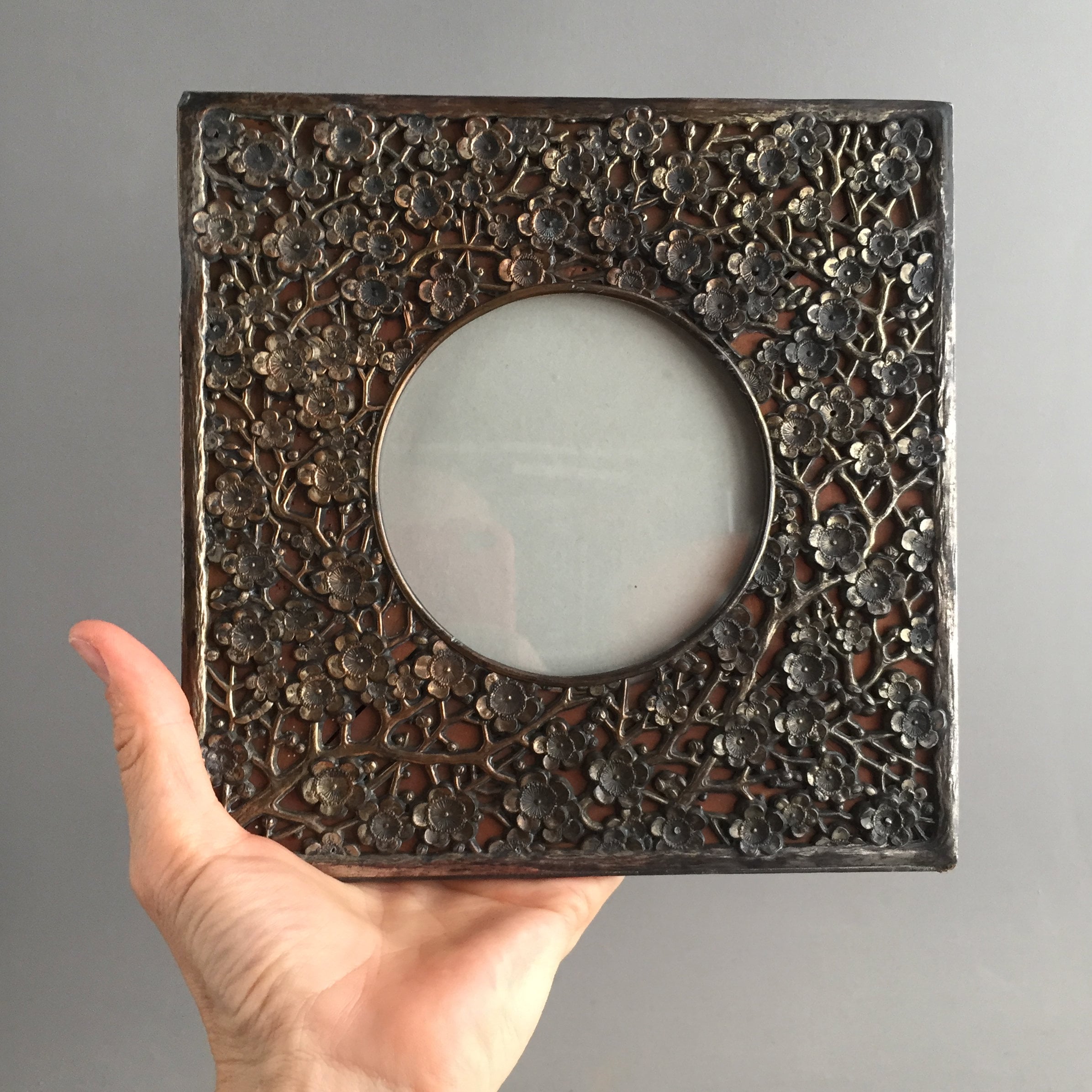 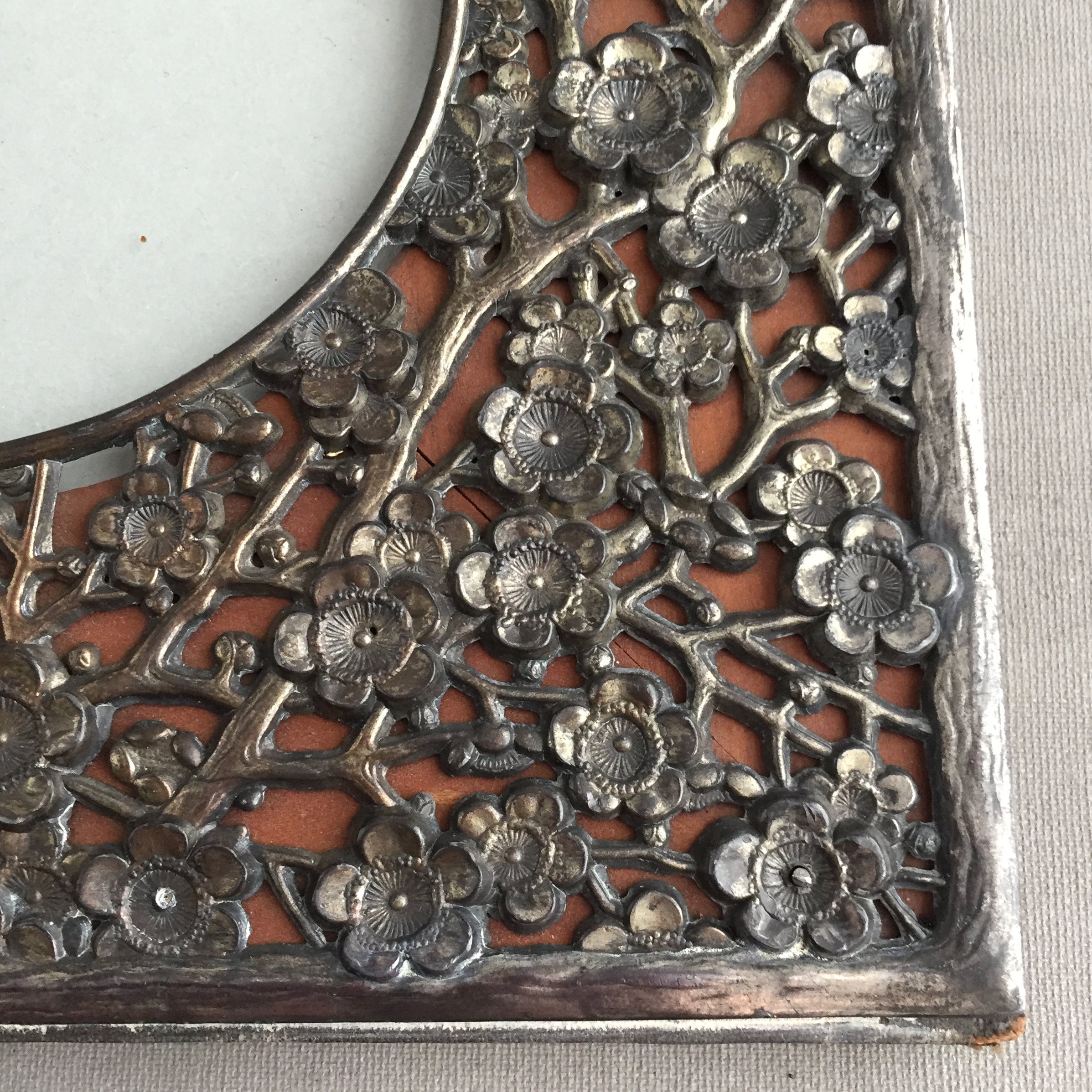 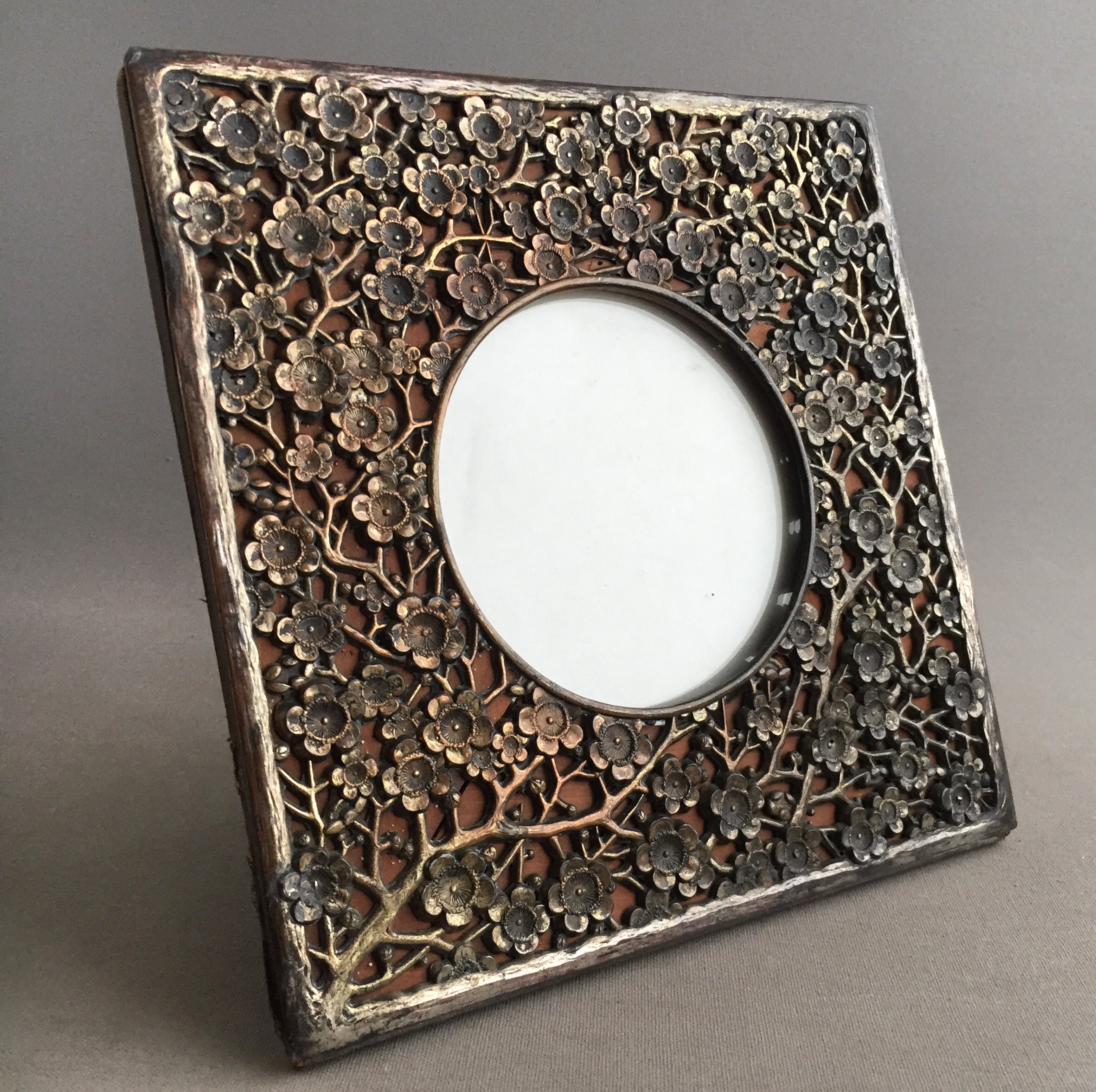 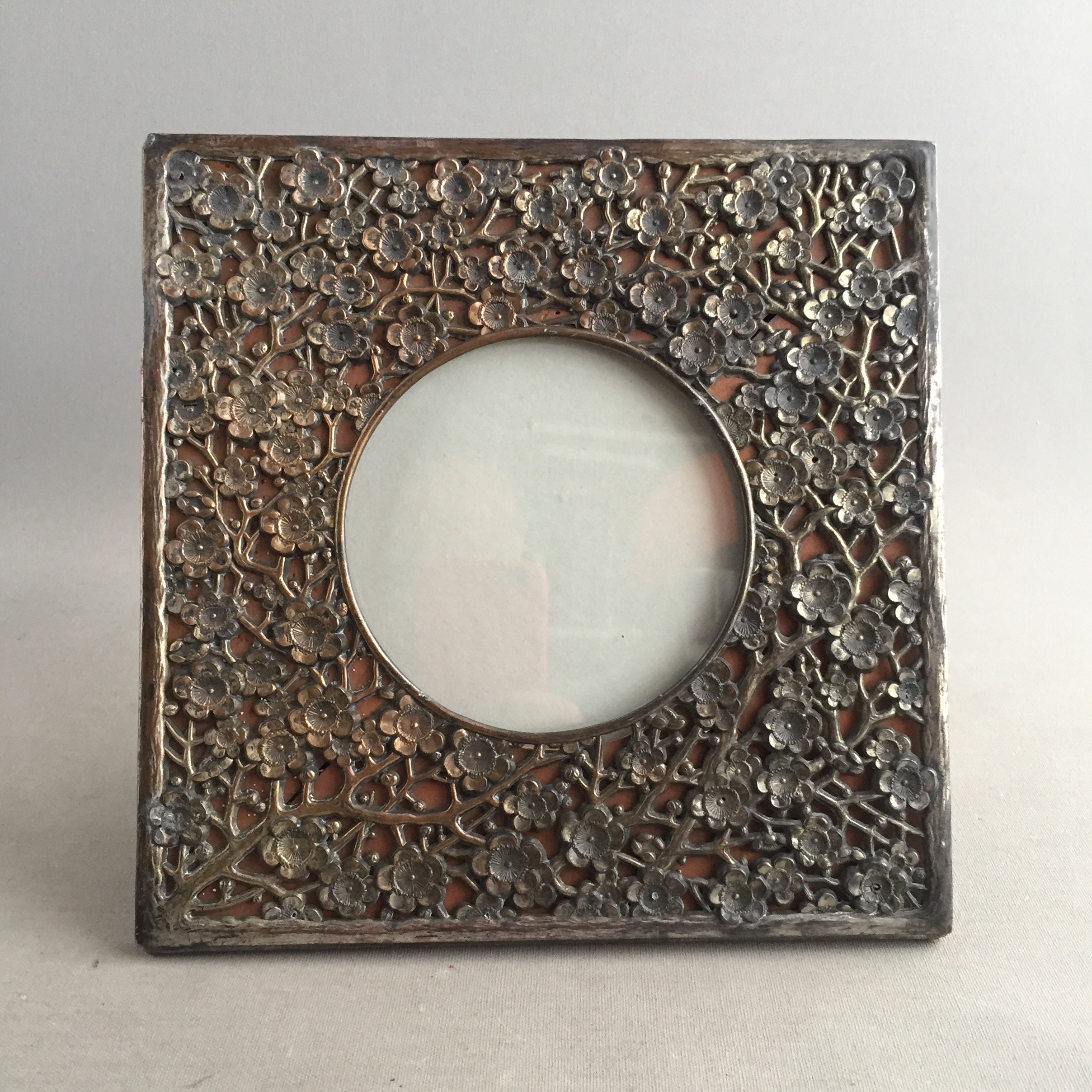 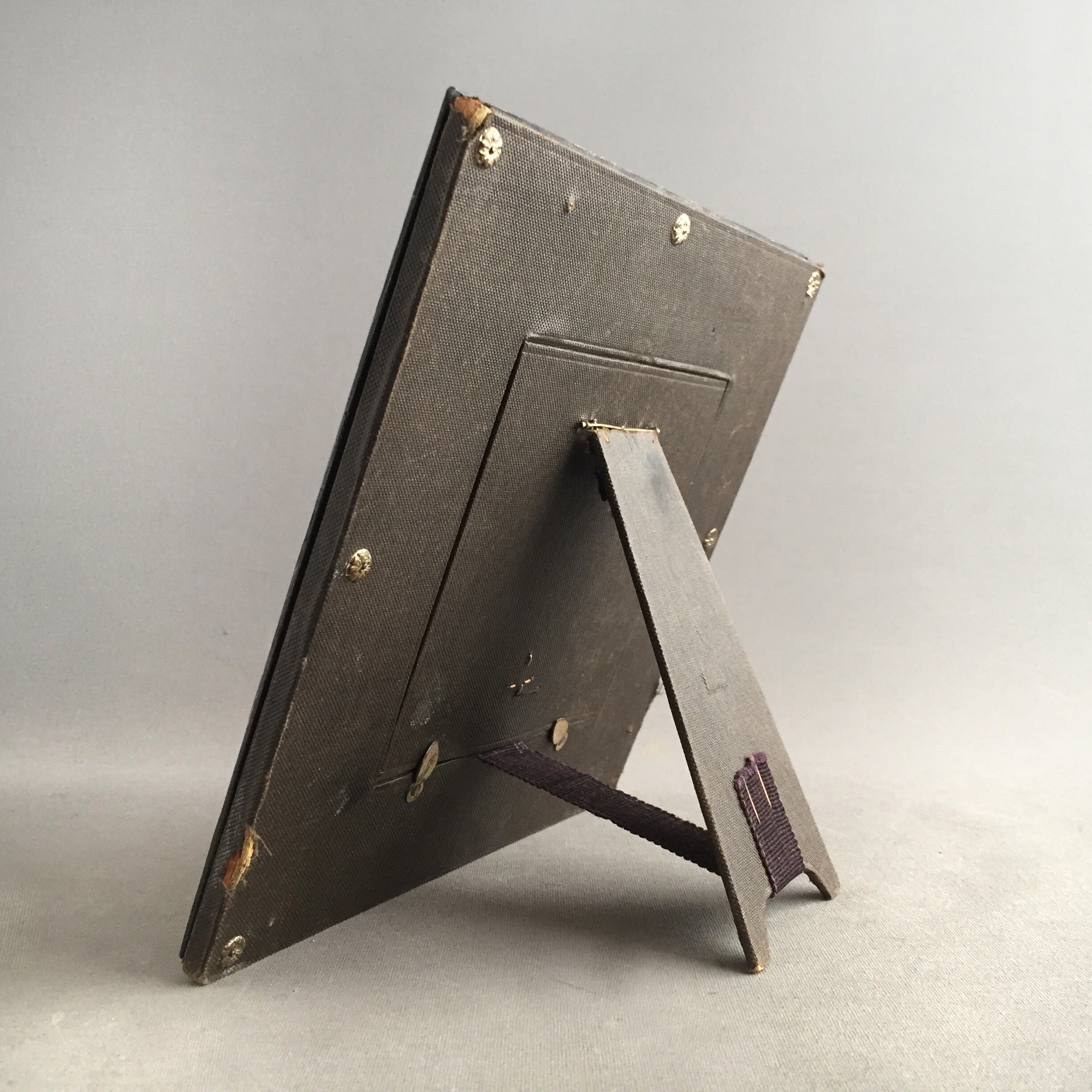 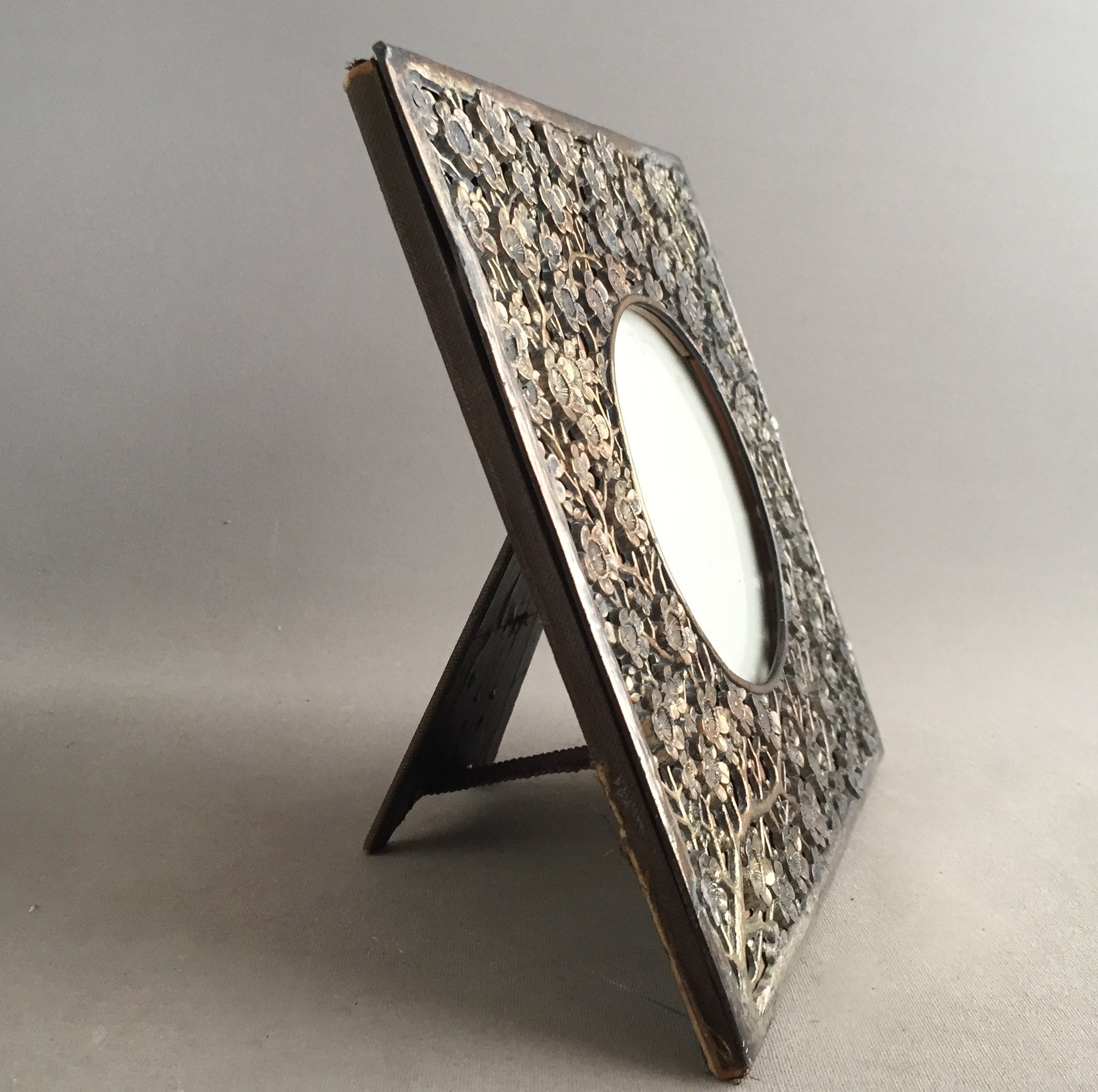 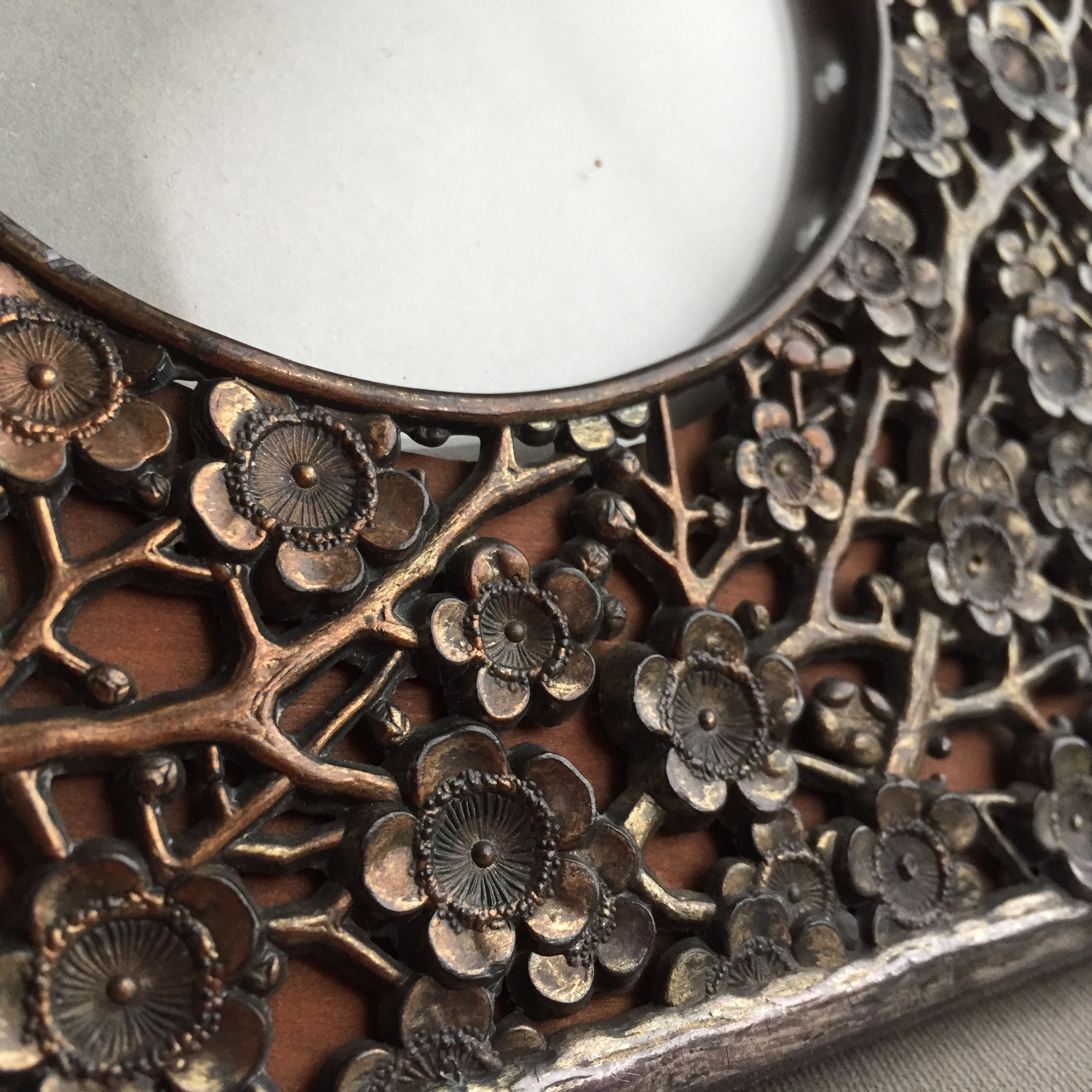 This is a very old, picture frame. I was told it was made in Japan, because it is made from a specific metal called Antimony that was used in Japan and the floral design is of cherry blossom. It would have retailed in somewhere like Liberty of london. A very special piece, to hold a special memory. The back is wood lined with fabric. It is old but it still does what it was made to do.
Antimony is a silvery, lustrous gray metal. It is in the metalloid group of elements. It is a poor conductor of heat and electricity. Antimony was a known metal in the 17th century and was likely used even earlier.