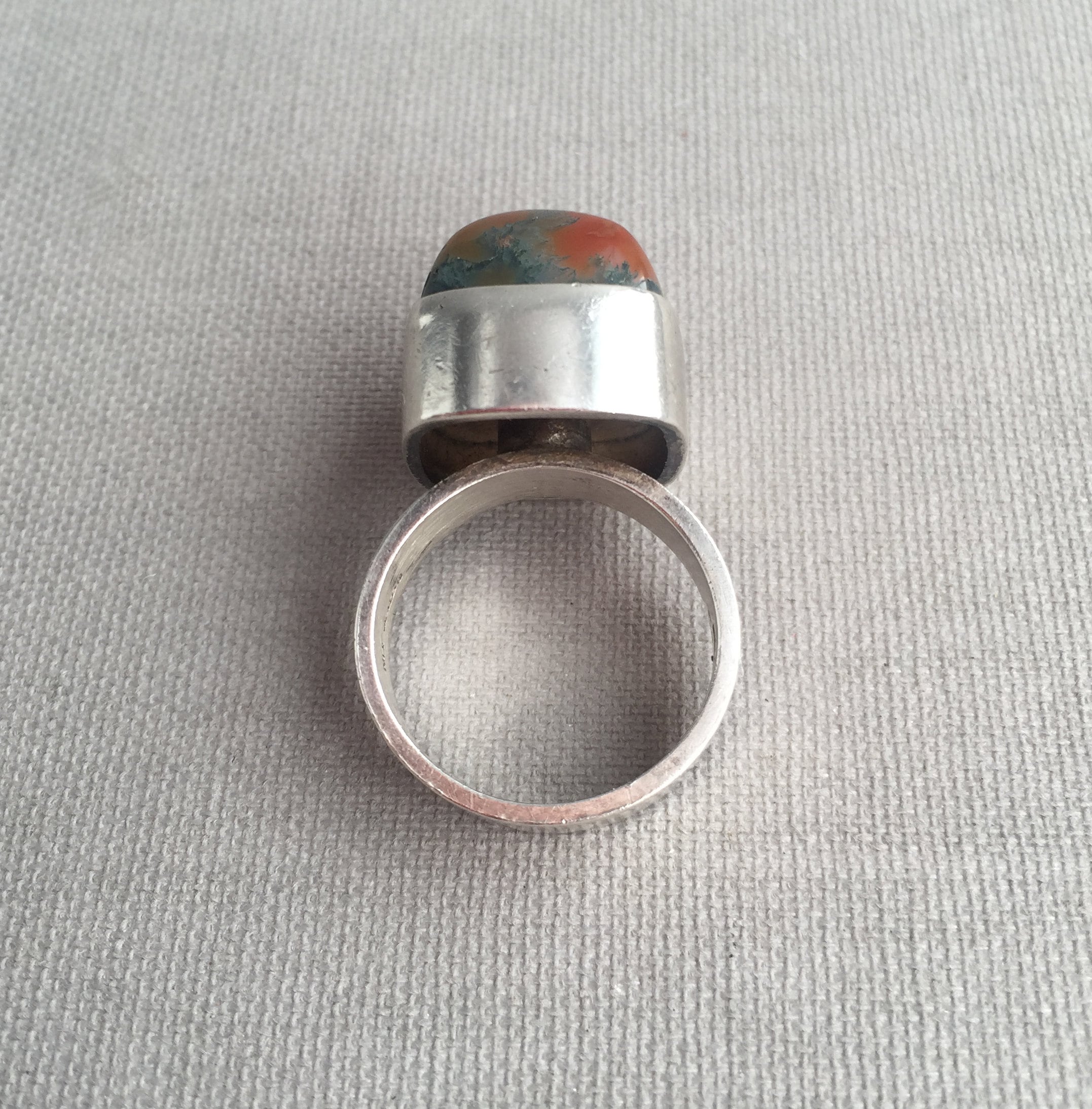 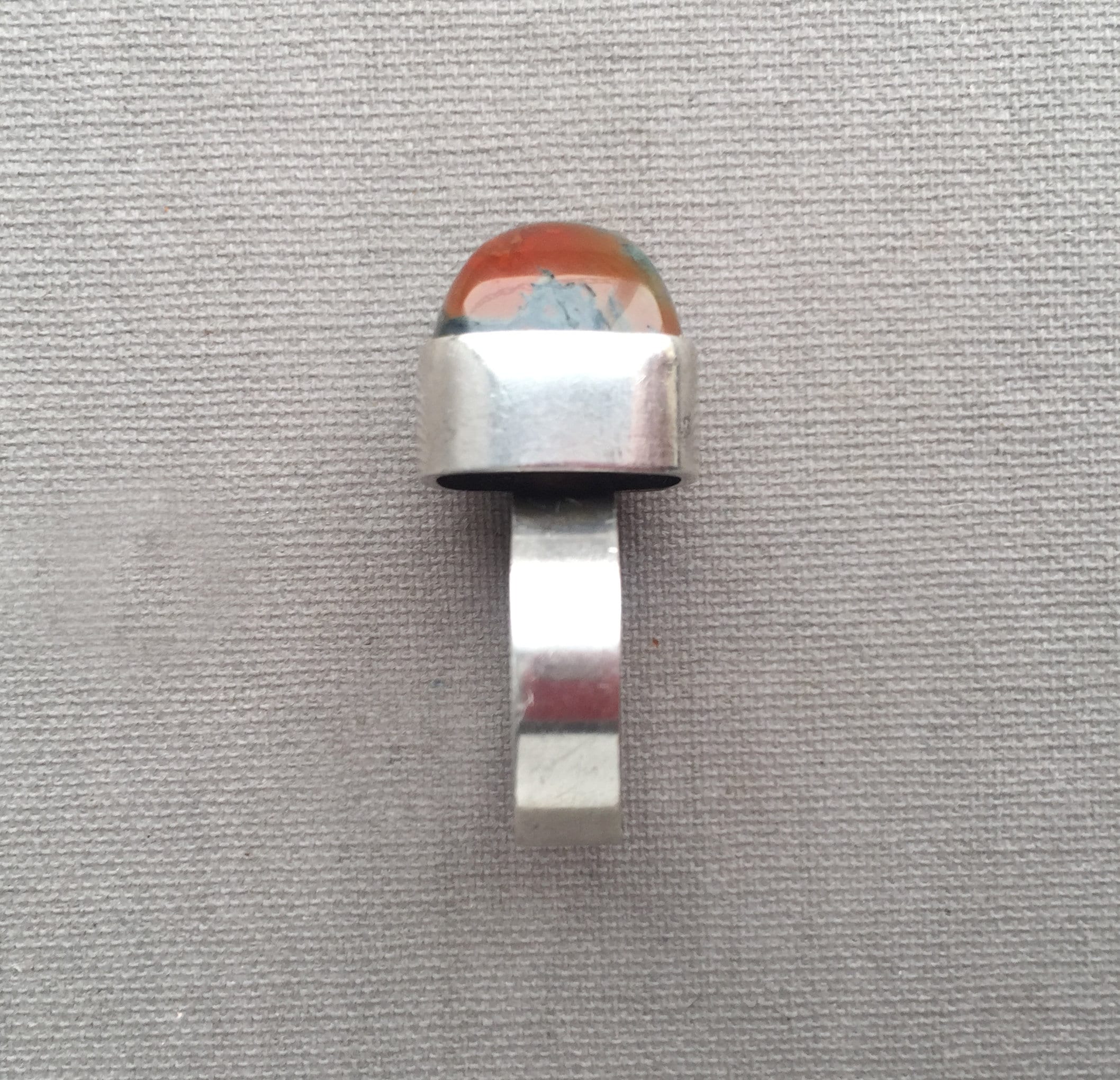 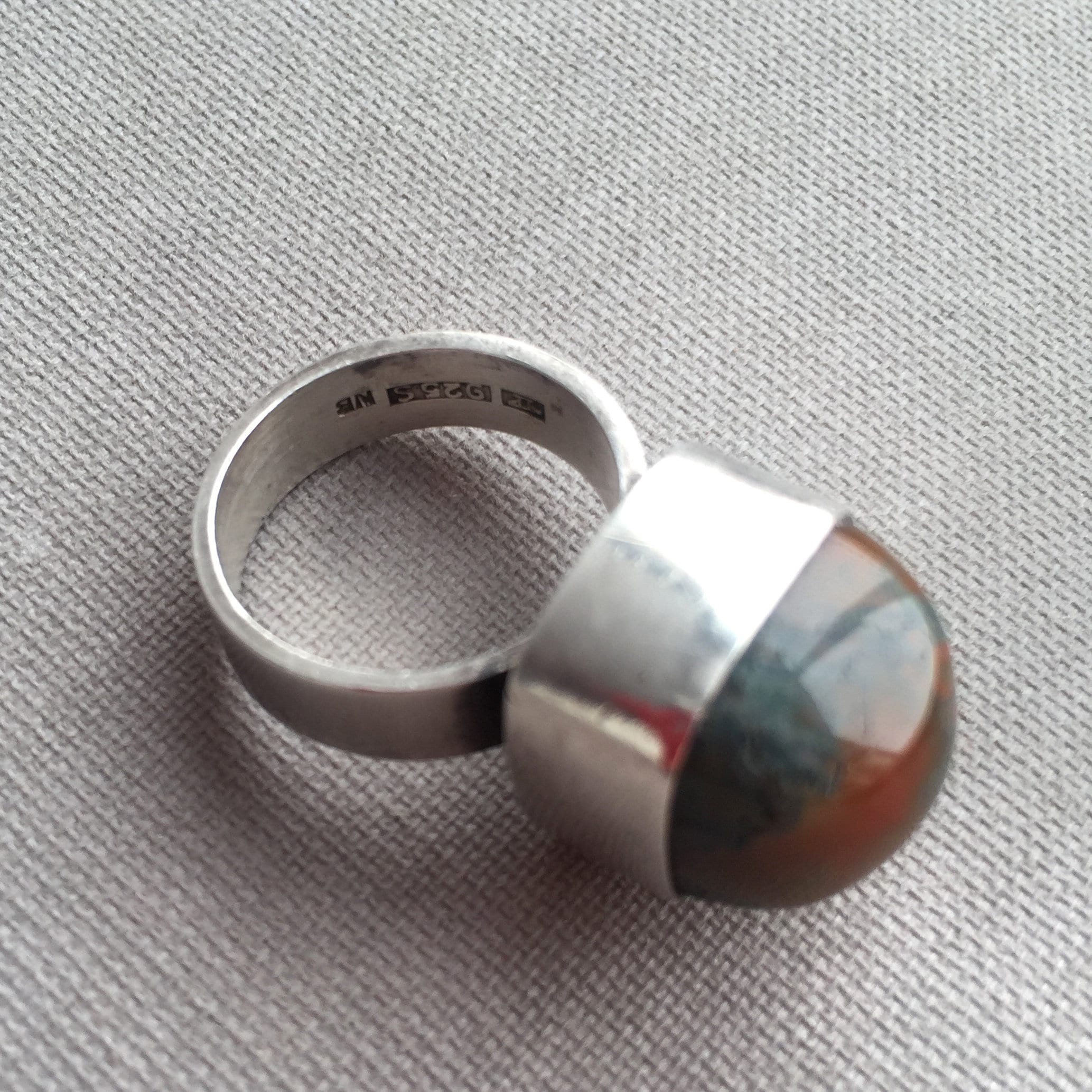 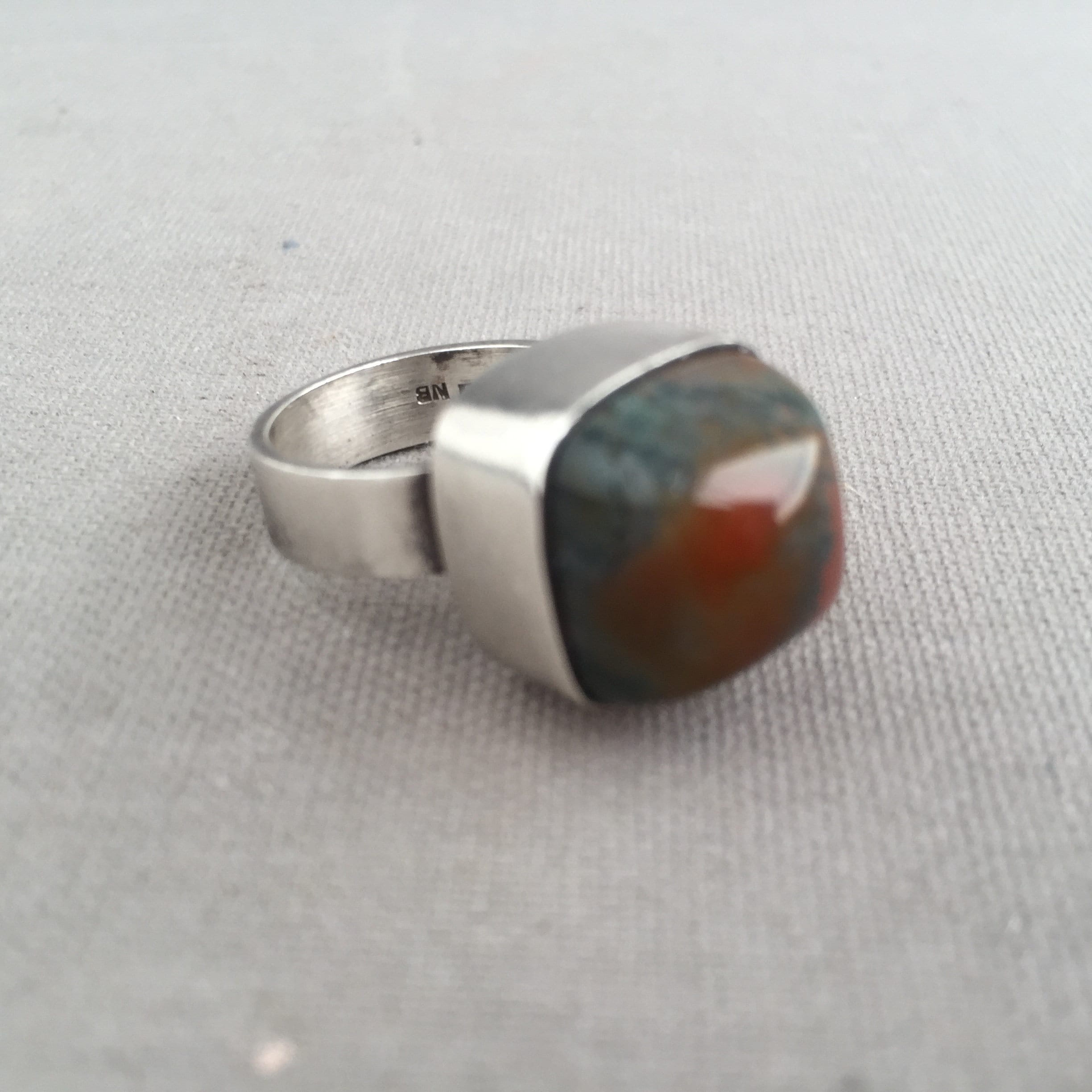 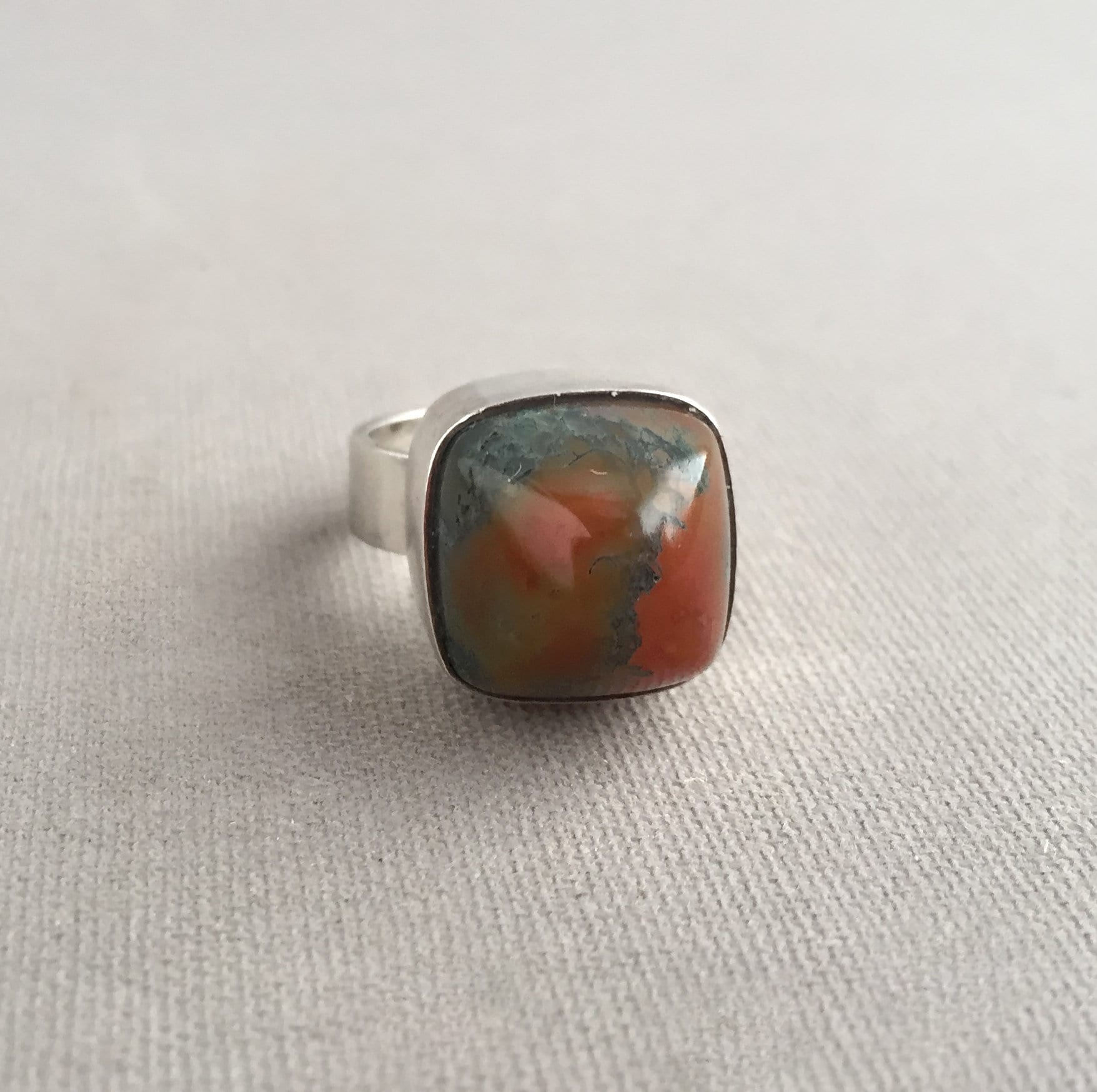 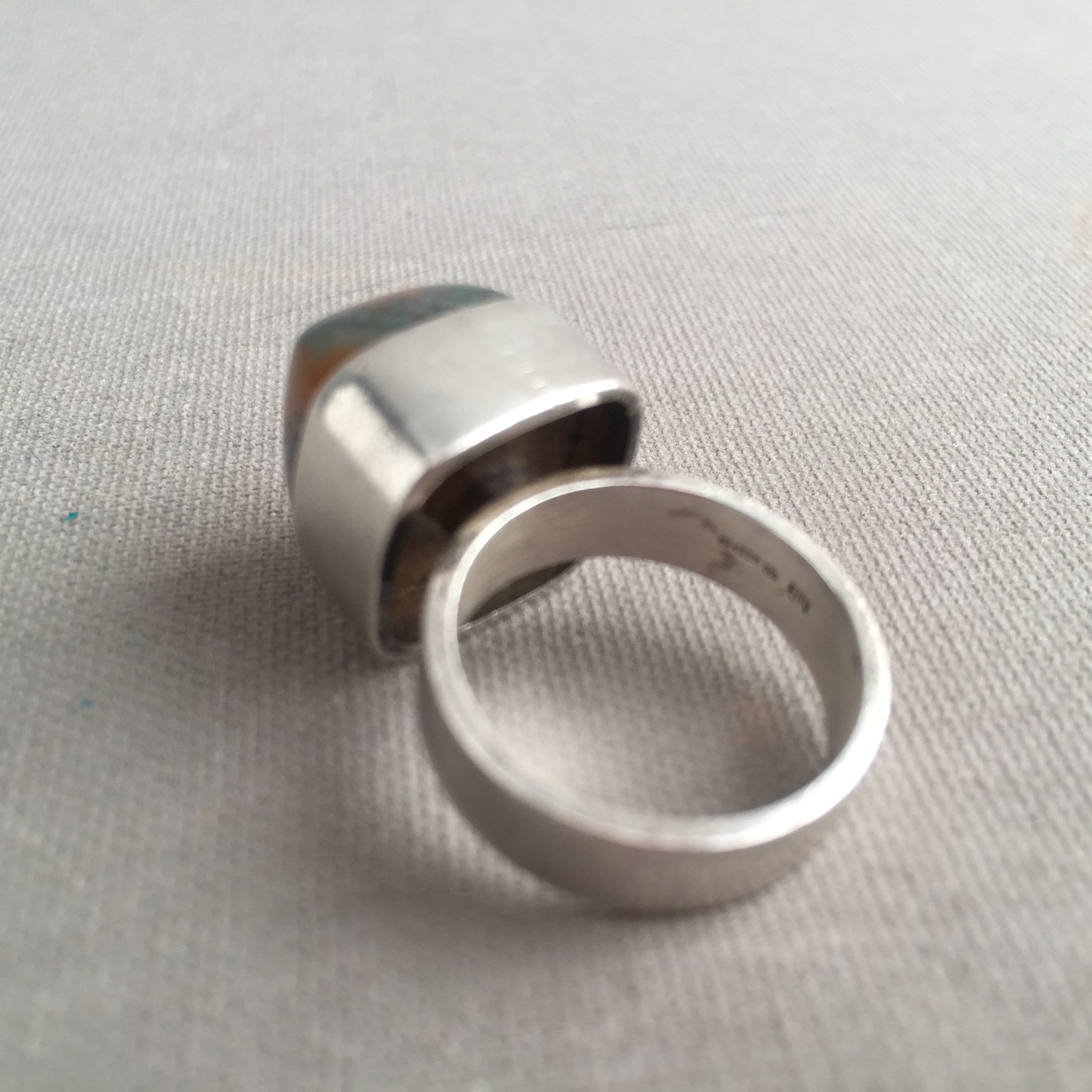 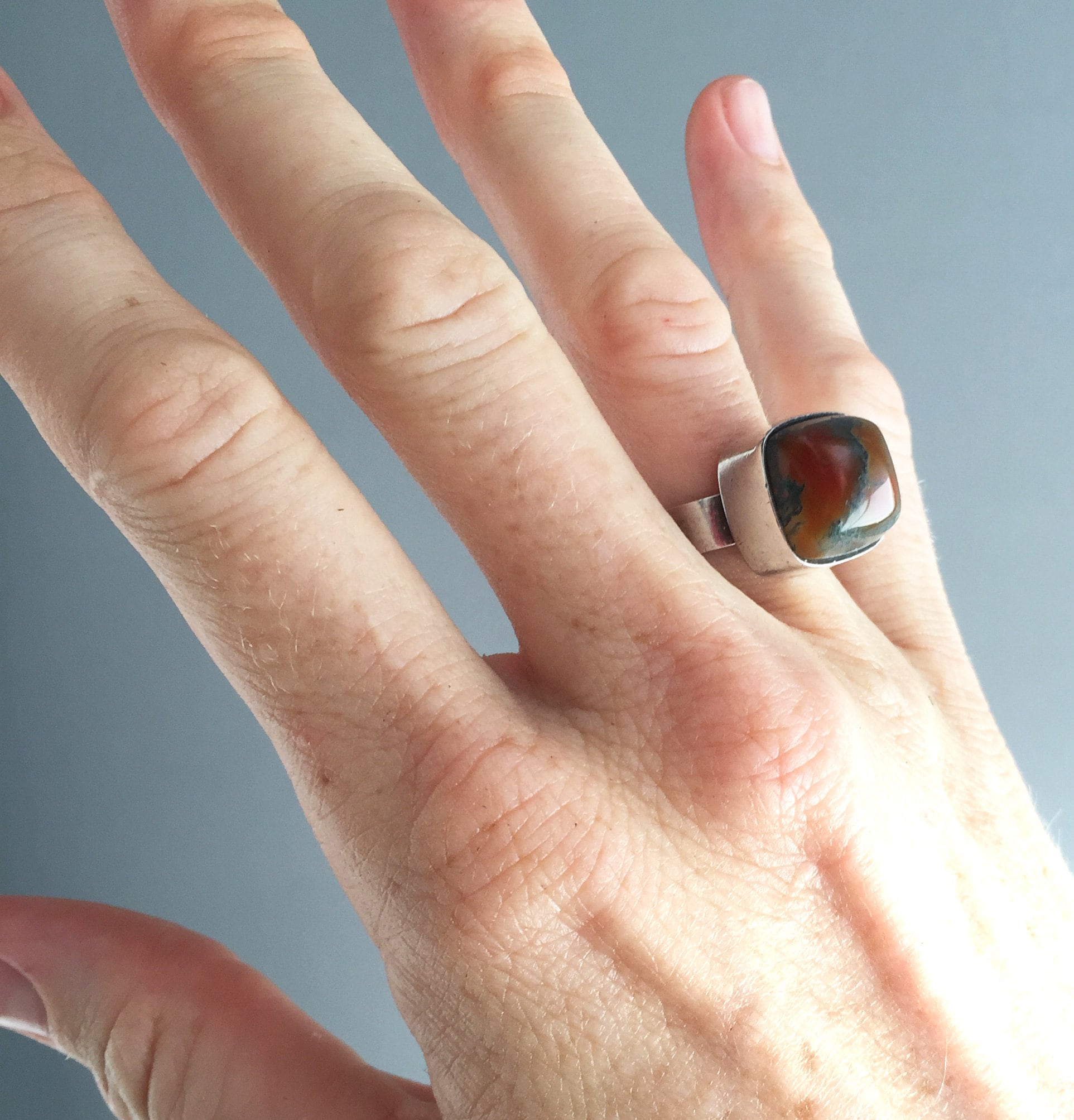 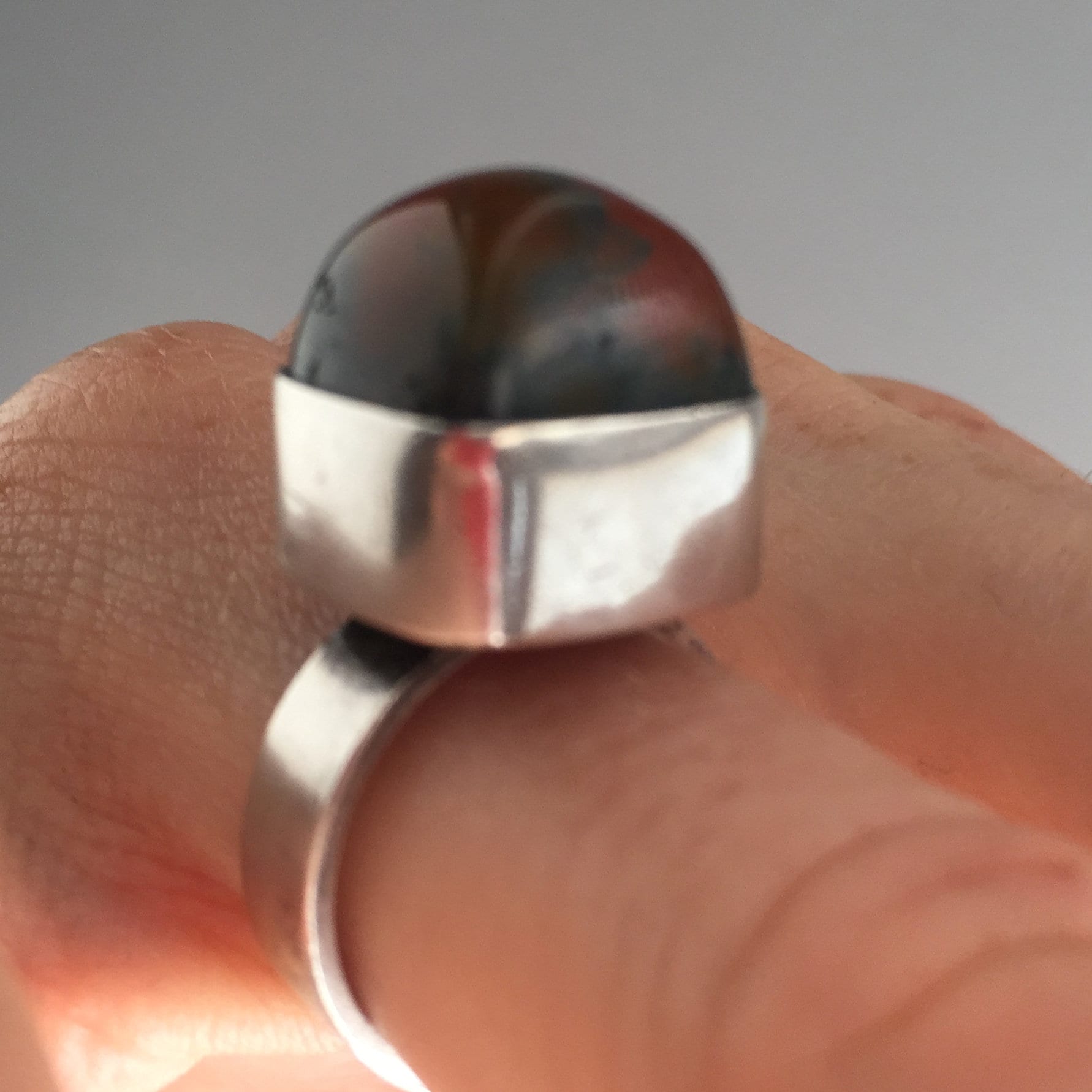 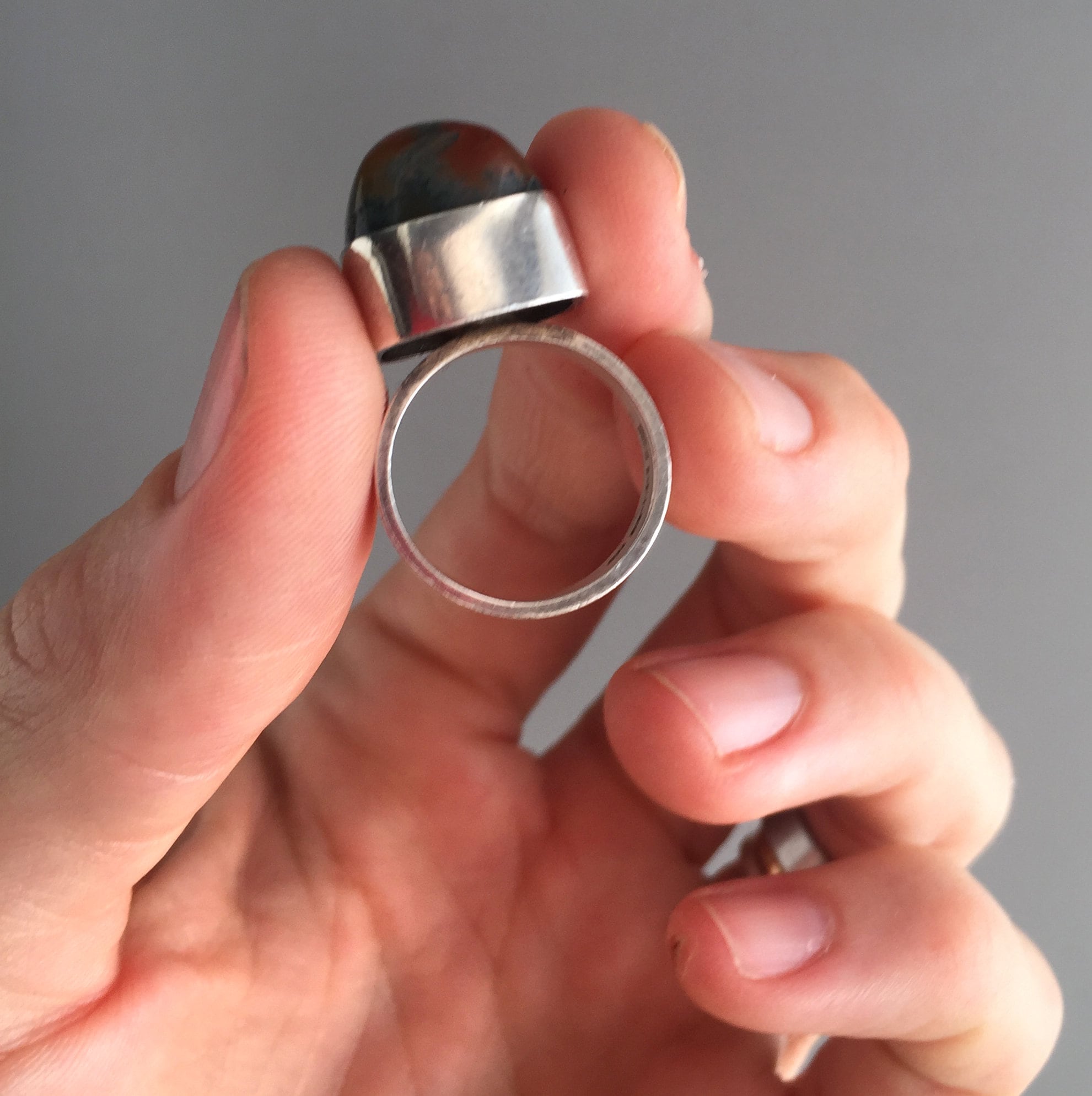 A striking mid century modernist Unakite Ring set in Sterling Silver stamped 952 along with a few more stamps that identify the maker the year ( 1974)
Unakite crystal ,named after Unaka mountains of North Carolina where it was first discovered, is considered a sacred stone because it deepens meditation by increasing your sense of being in the now. Release, Positivity and Openness. supplied in a velvet ring bag