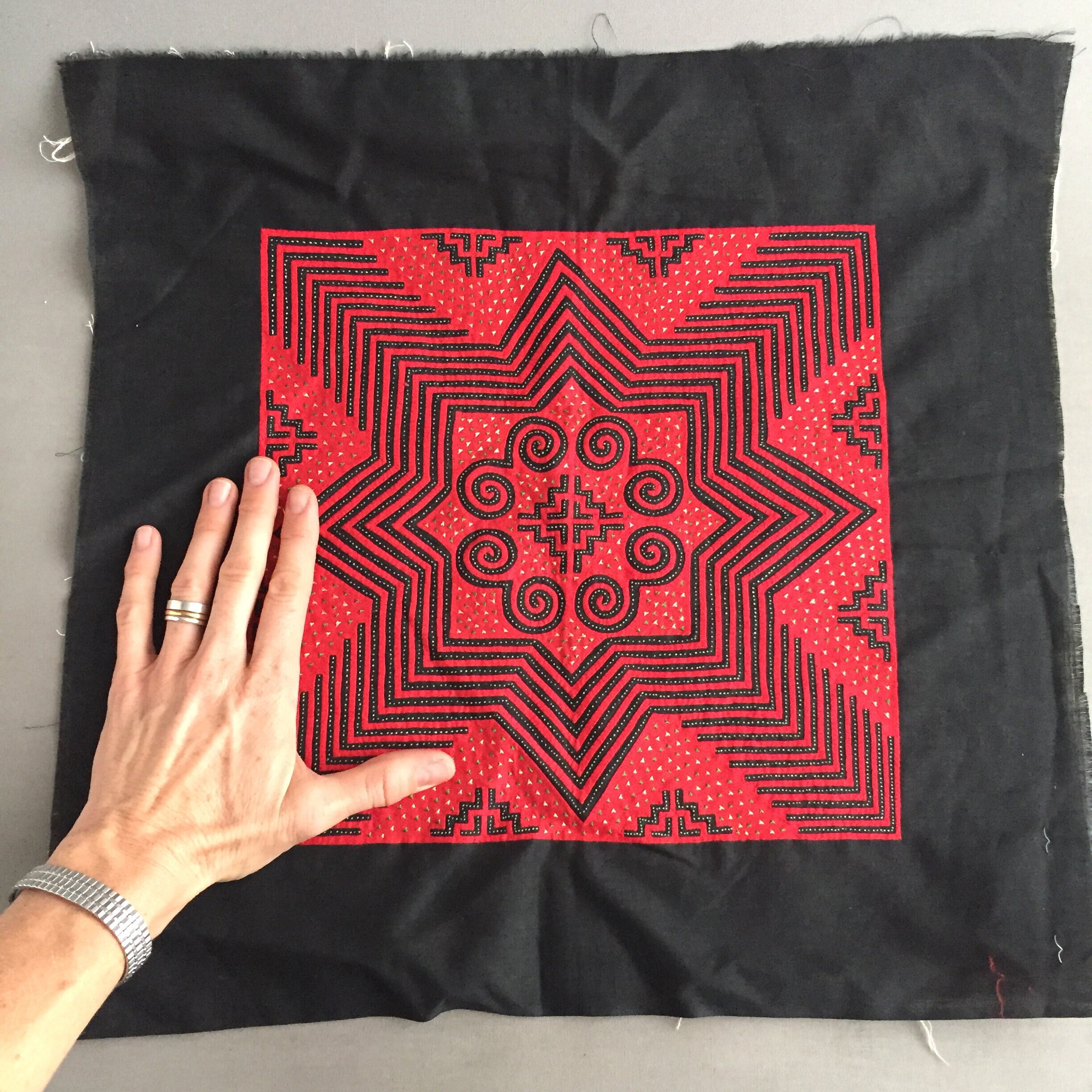 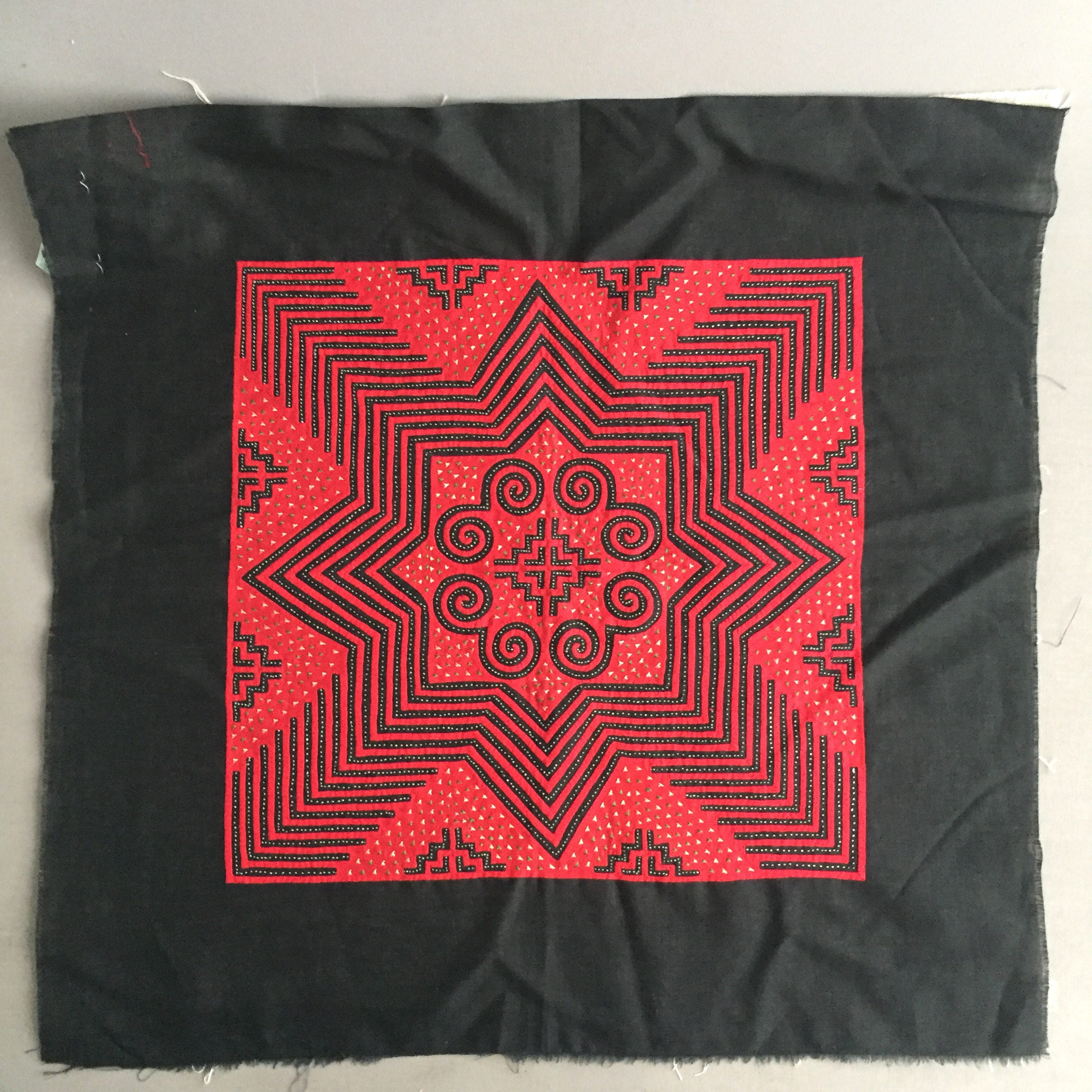 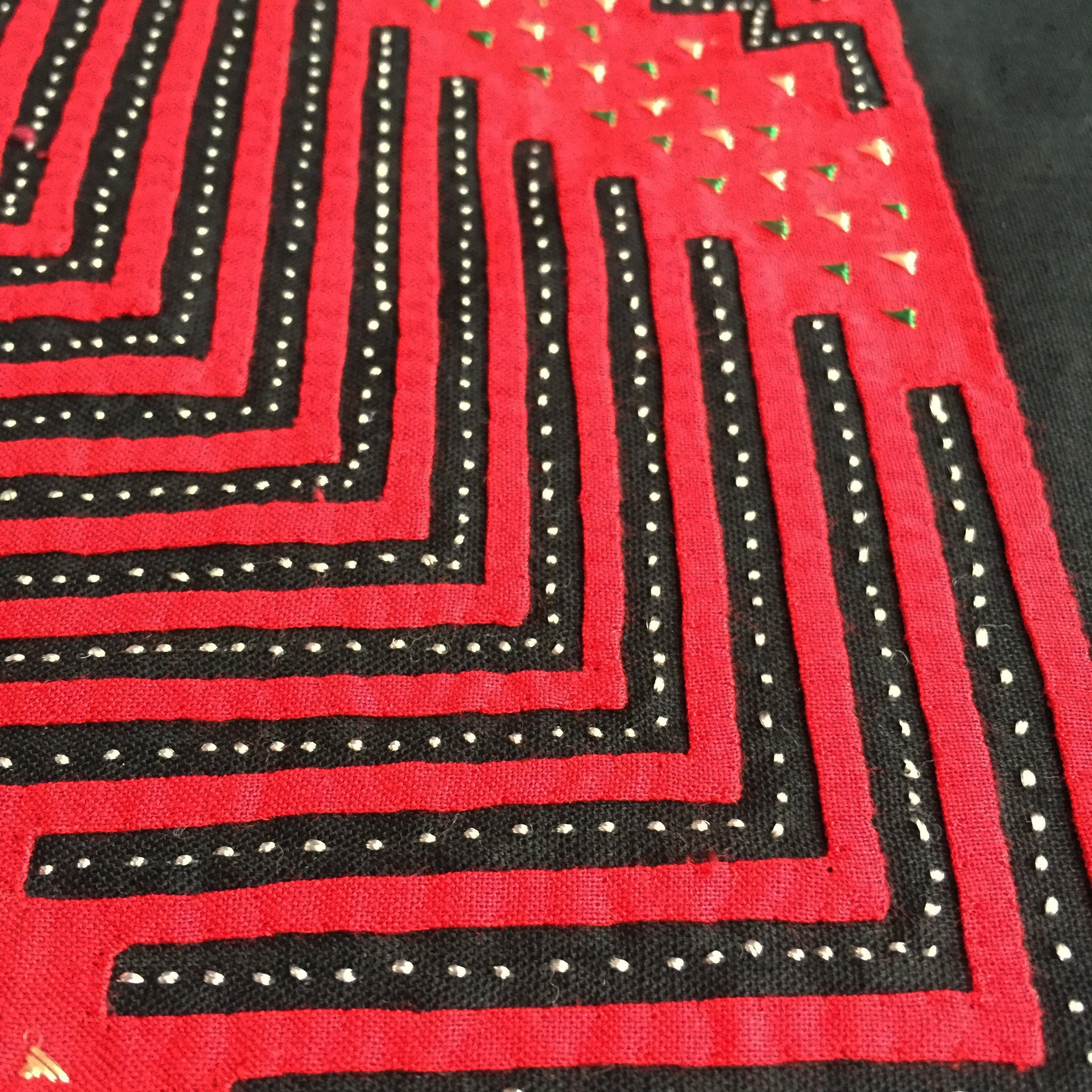 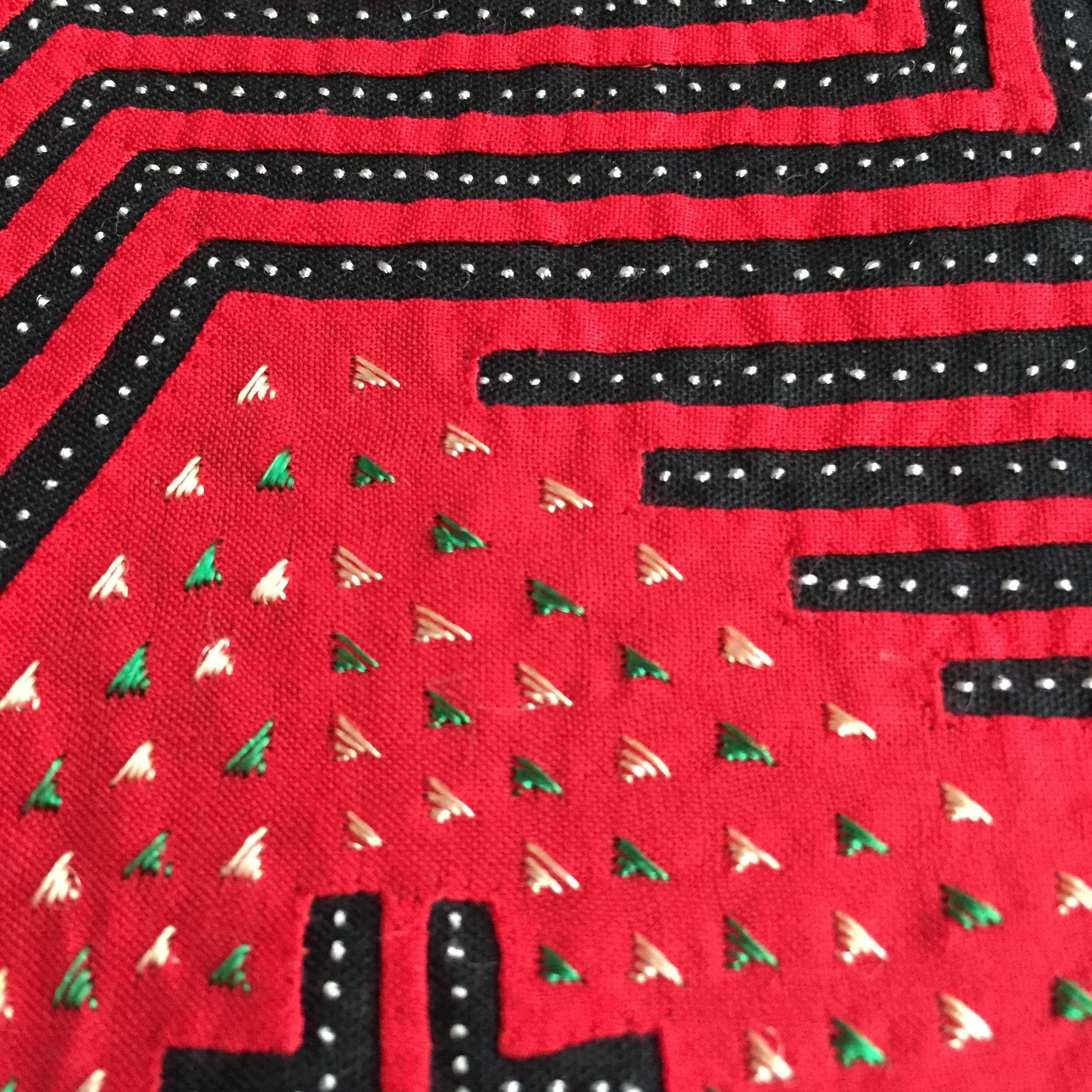 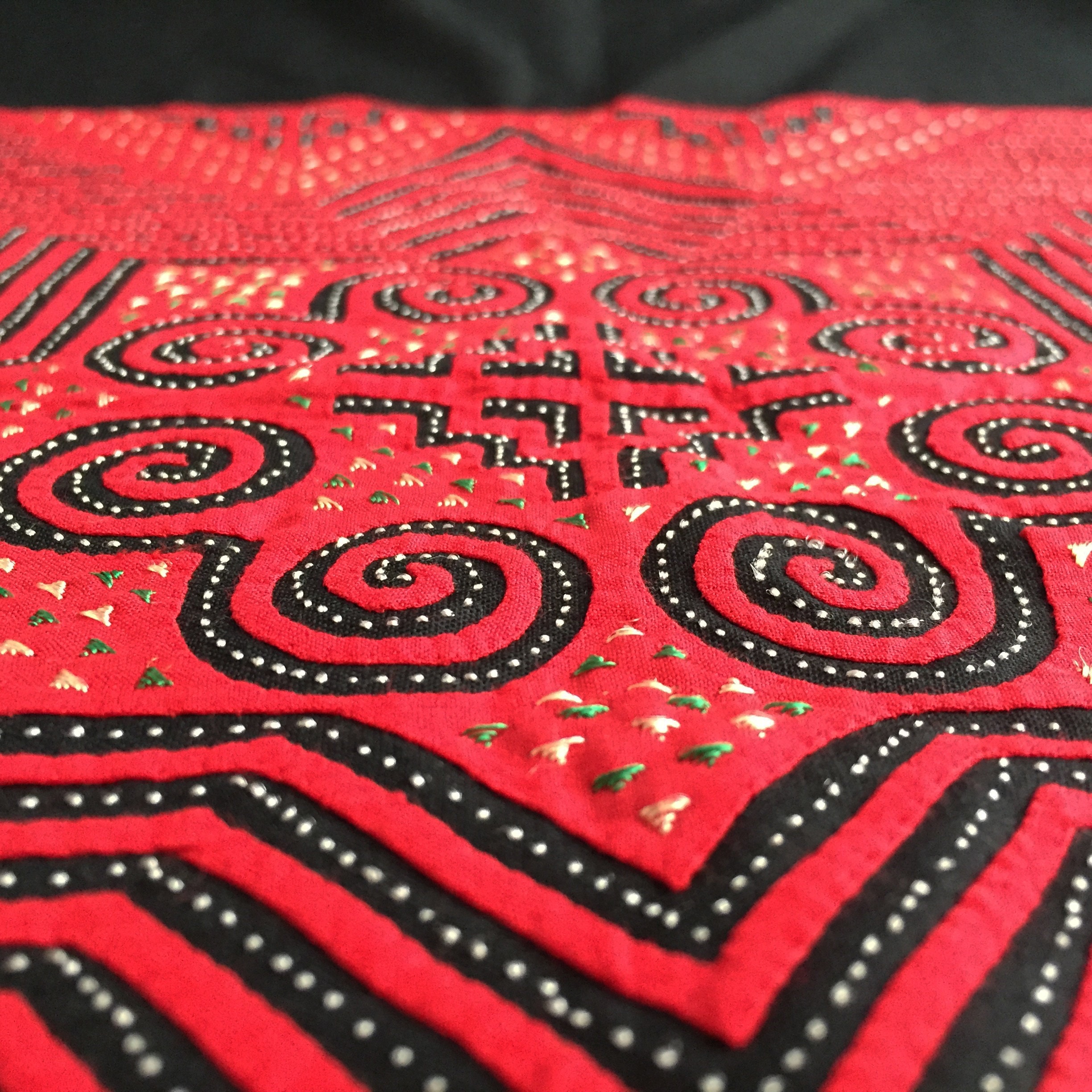 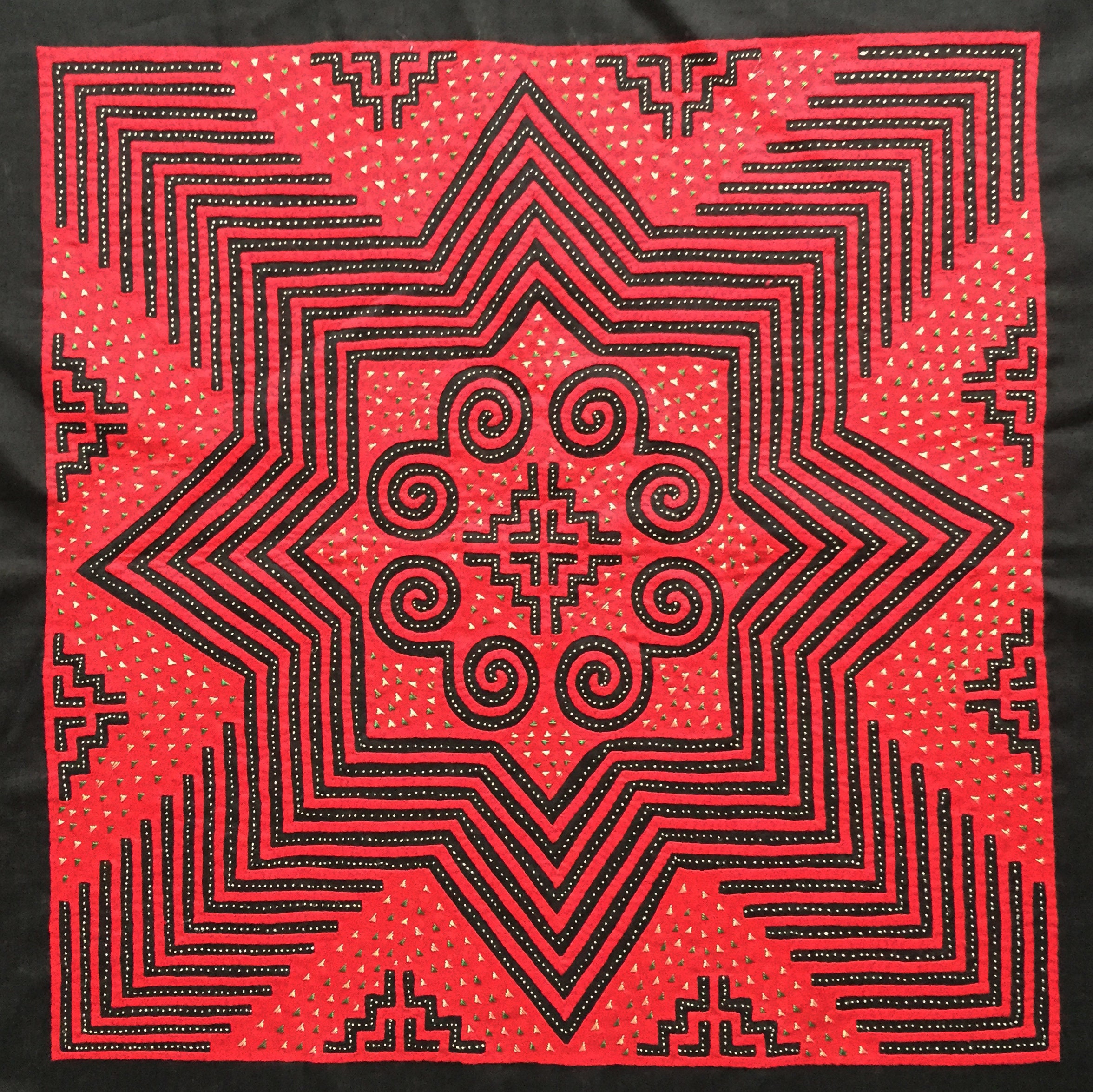 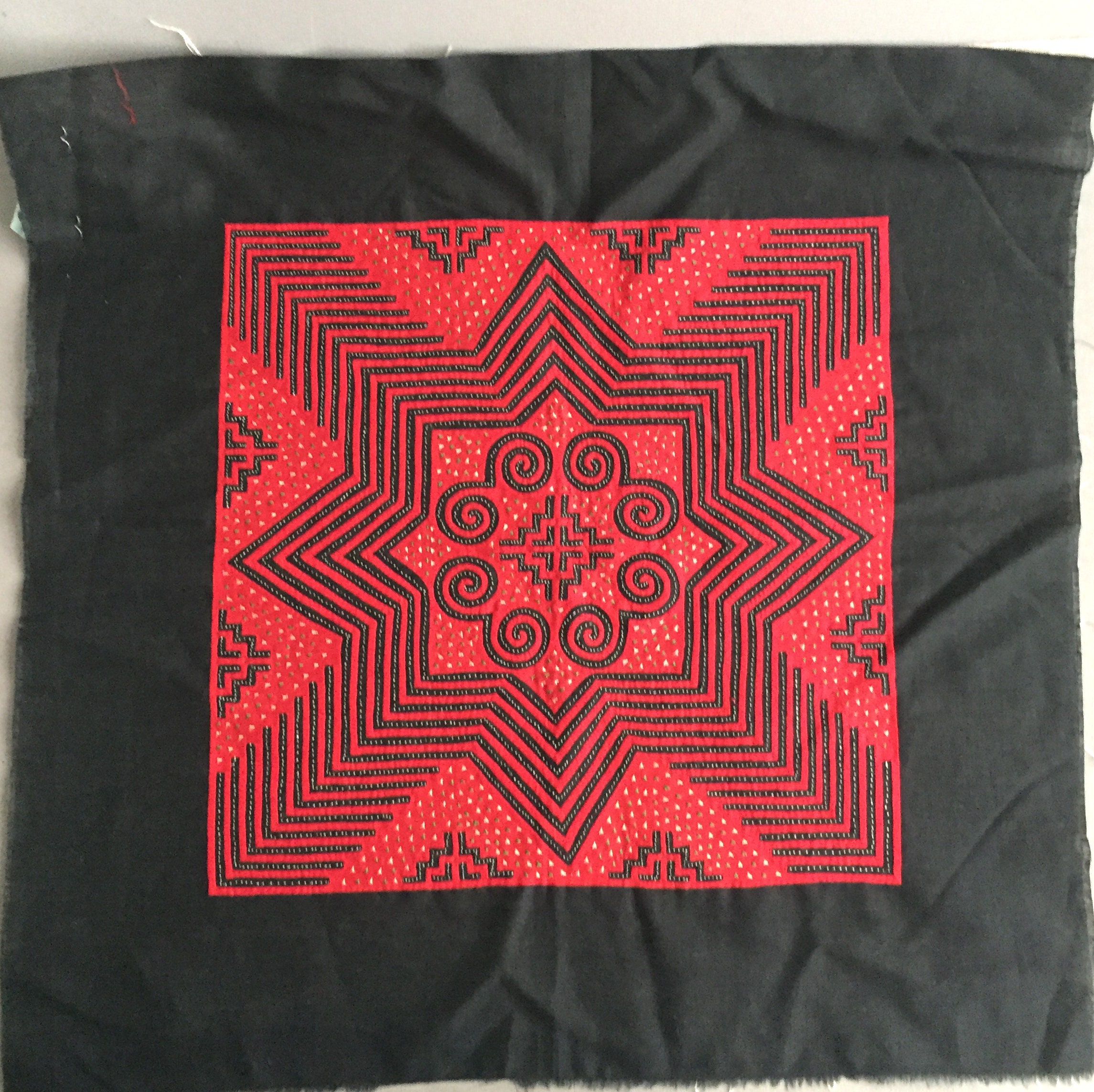 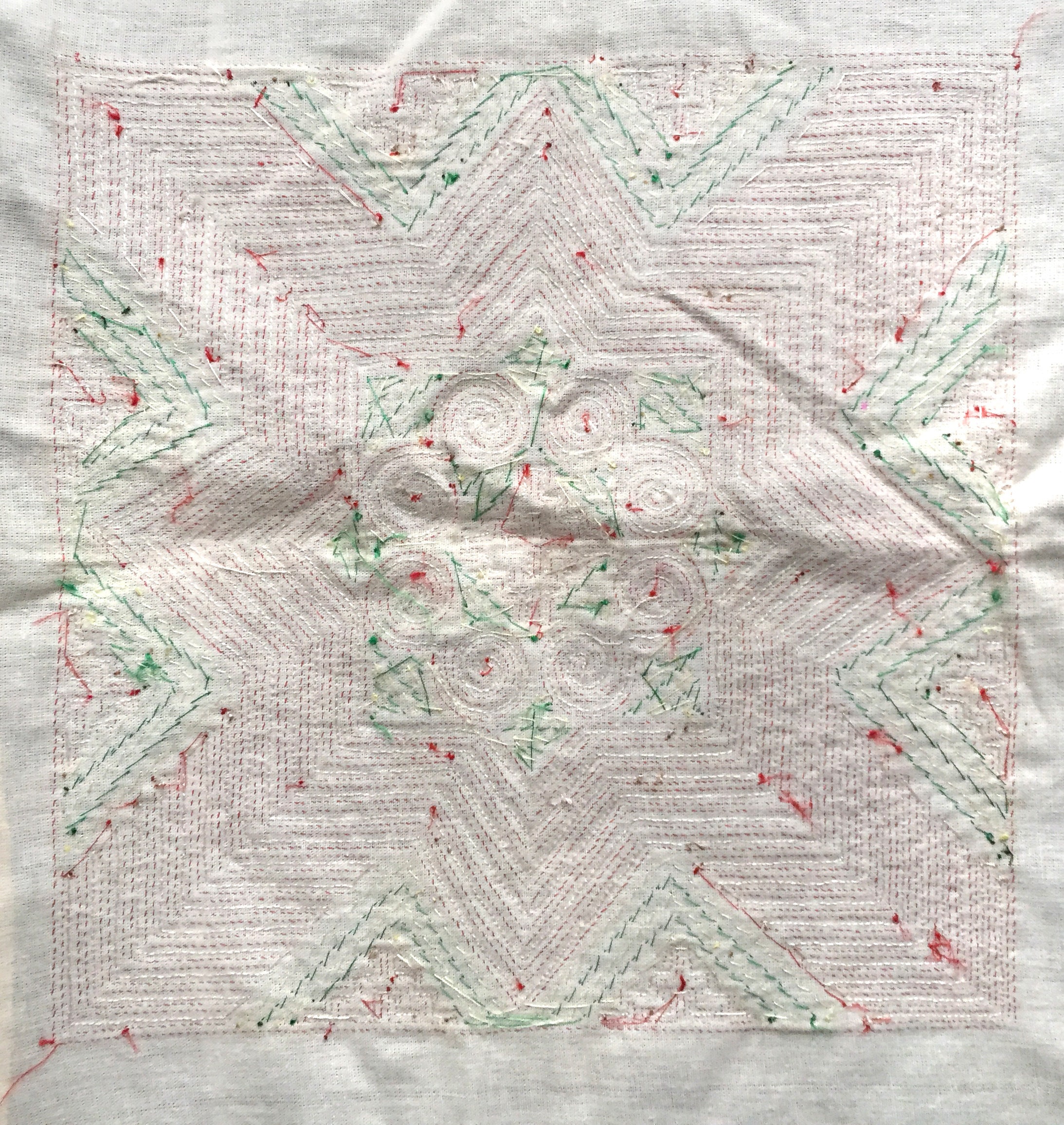 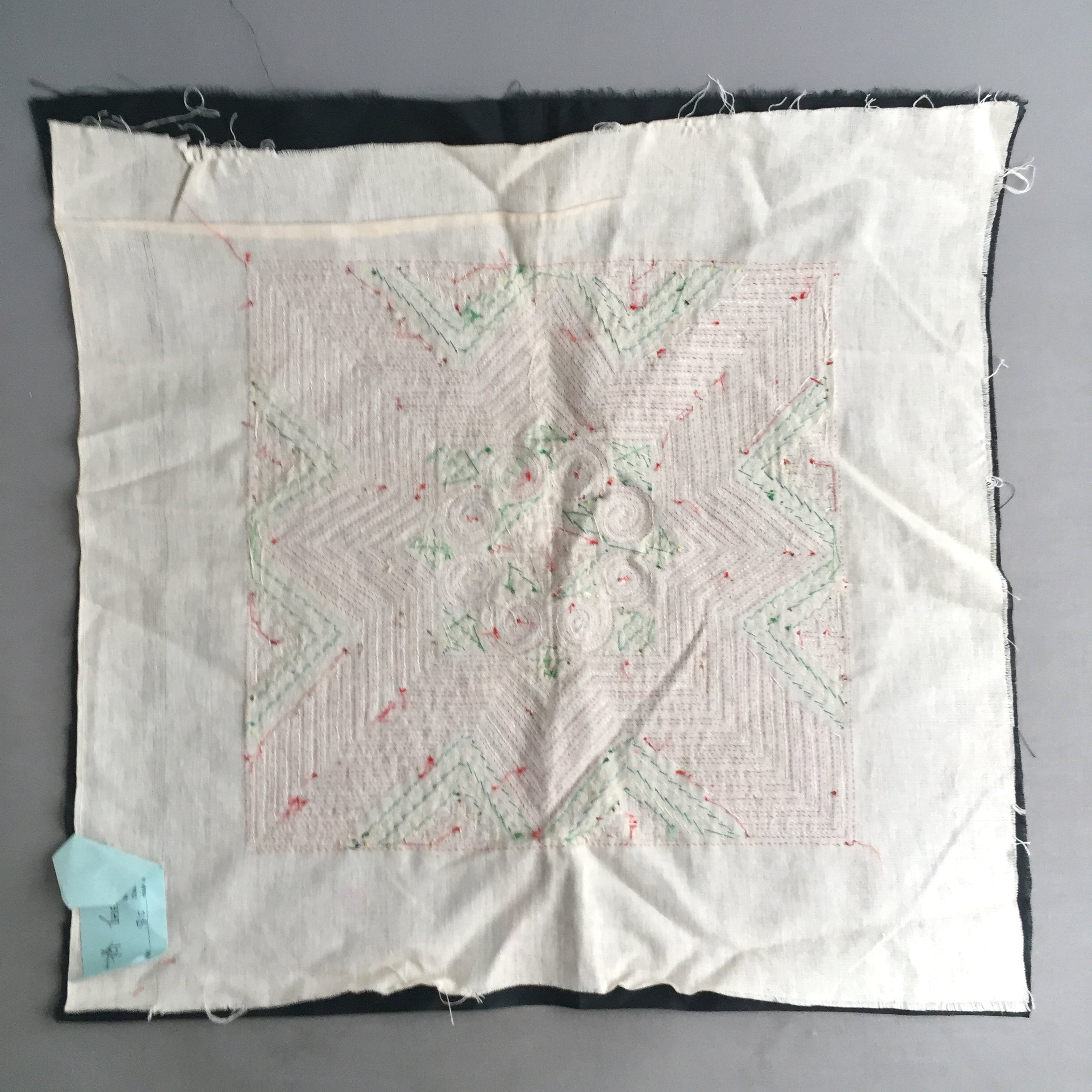 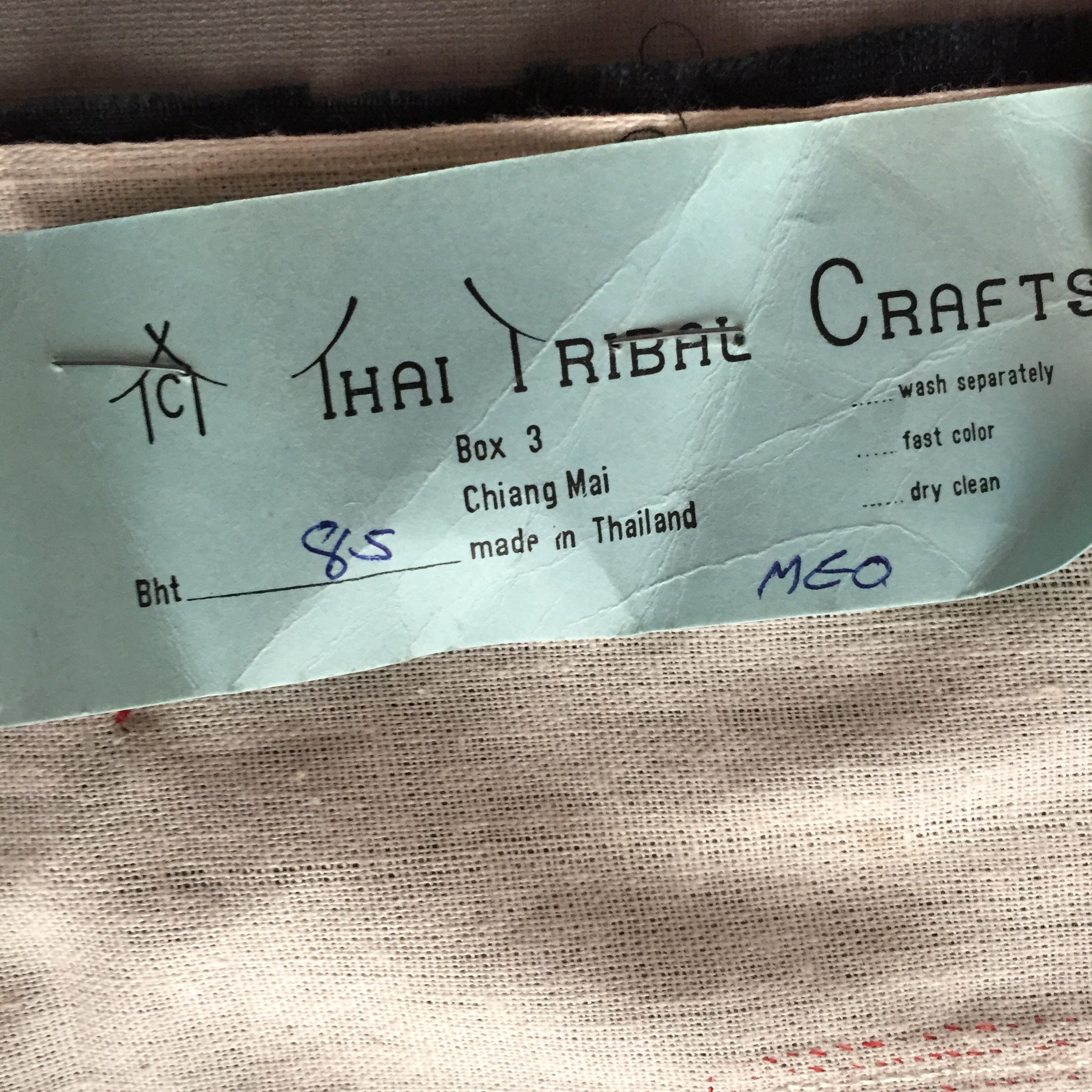 A beautiful Hmong Appliqué -Appliqué is a needlework technique in which pieces of fabric are sewn onto or embedded into a ground cloth.
This piece is in mint condition

(Historically, the Hmong have been nomadic people. Originally from Siberia or Mongolia, they arrived in China many centuries ago. In the 19th century, they migrated from southern China to the mountainous regions of Laos and Vietnam.

The Hmong have remained very much a traditional tribal people, who have a long and highly-developed tradition of needlework. Primarily, it’s their way of embellishing and differentiating festive dress. But pa ndaus (or paj ntaub), as the Hmong refer to these appliqués, are also used in everyday ways, to carry babies, for example, and as a pictorial way to tell stories. A square pa ndau such as the one above is known as a nob ncoo and would be presented to a bride and her mother by the prospective in-laws. This nob ncoo is different in the sense that it isn’t made from the typically bright jewel colors favored by the Hmong, although brown isn’t completely unknown in their color scheme. The designs are a kind of code, secret symbols that refer to things in the