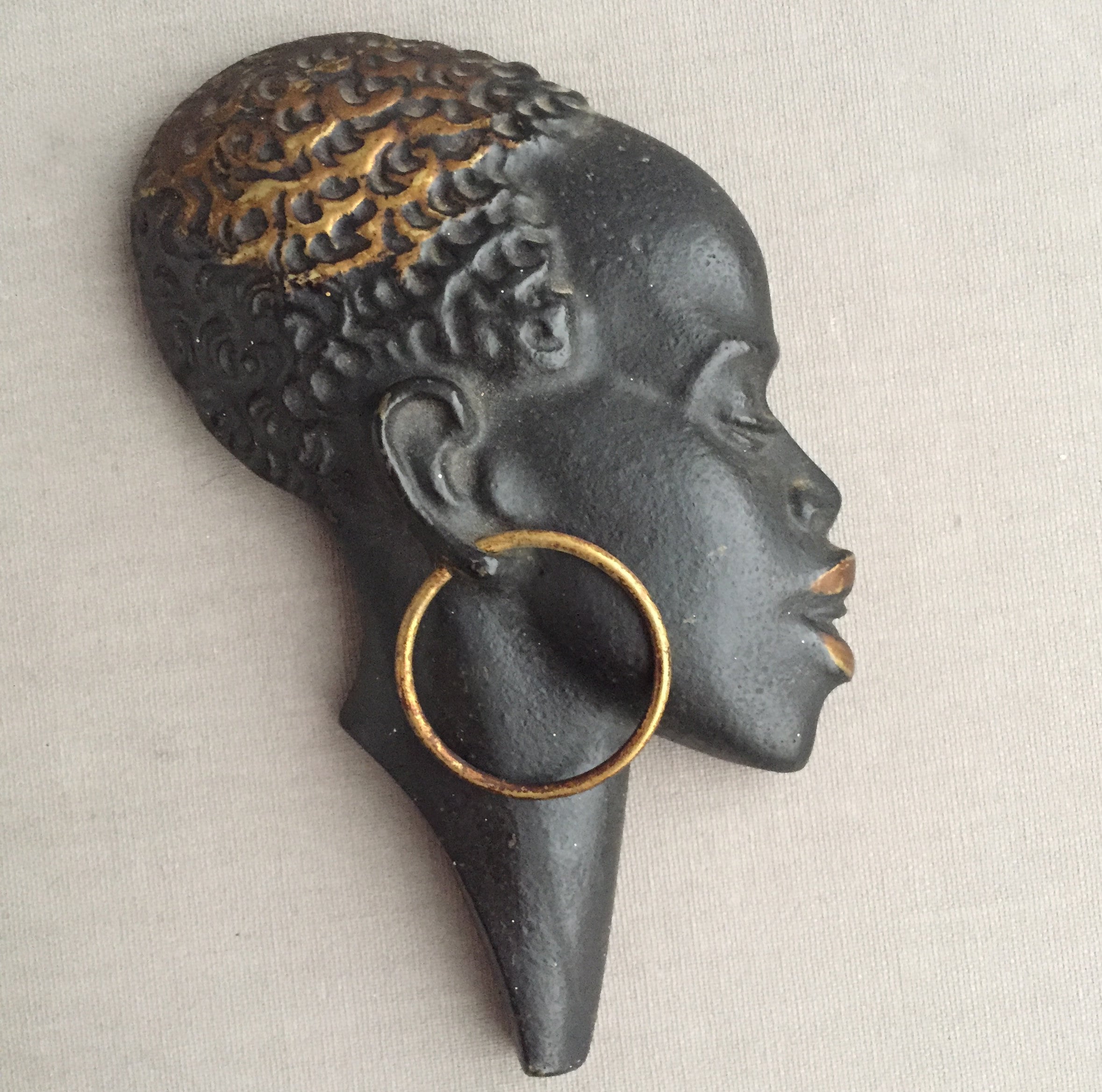 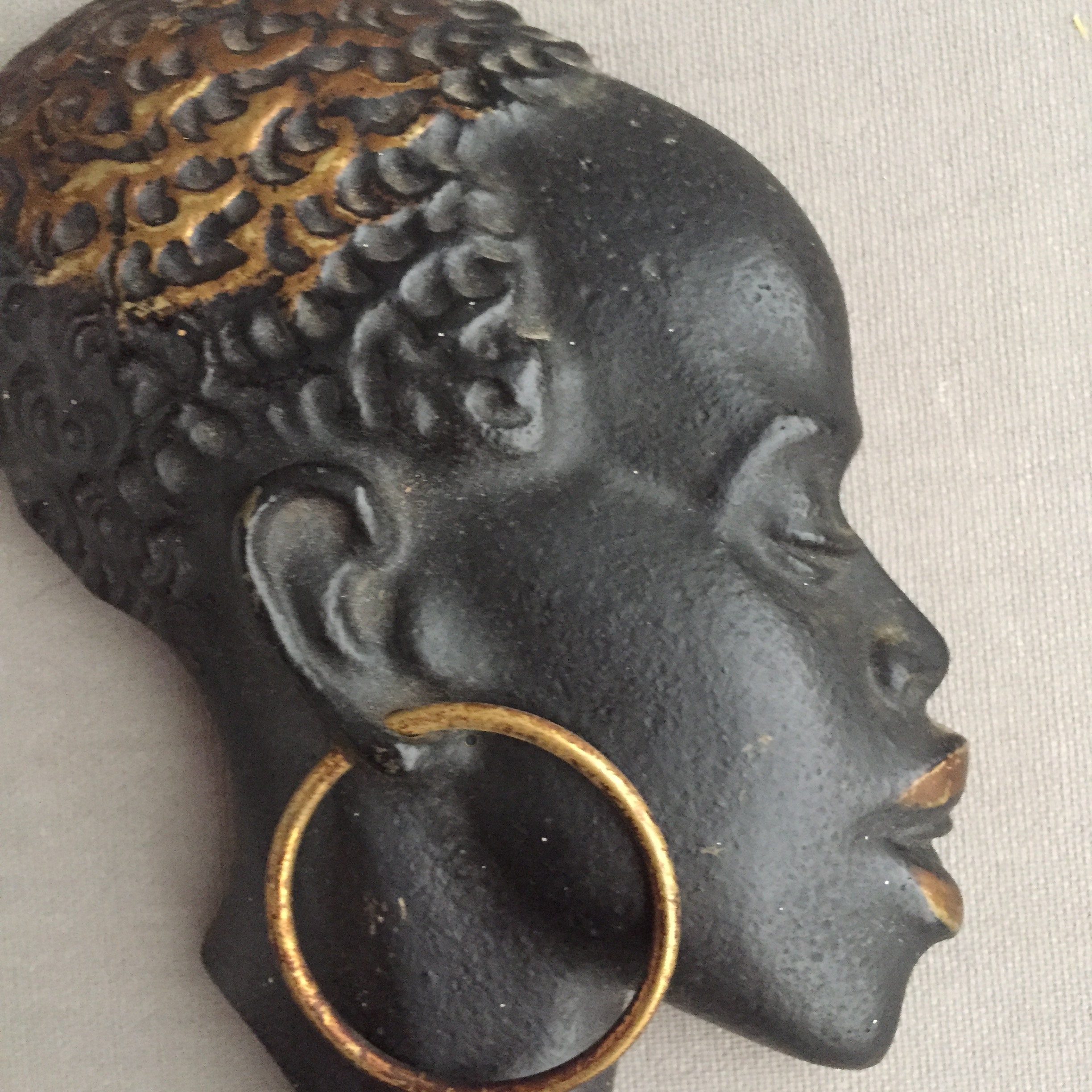 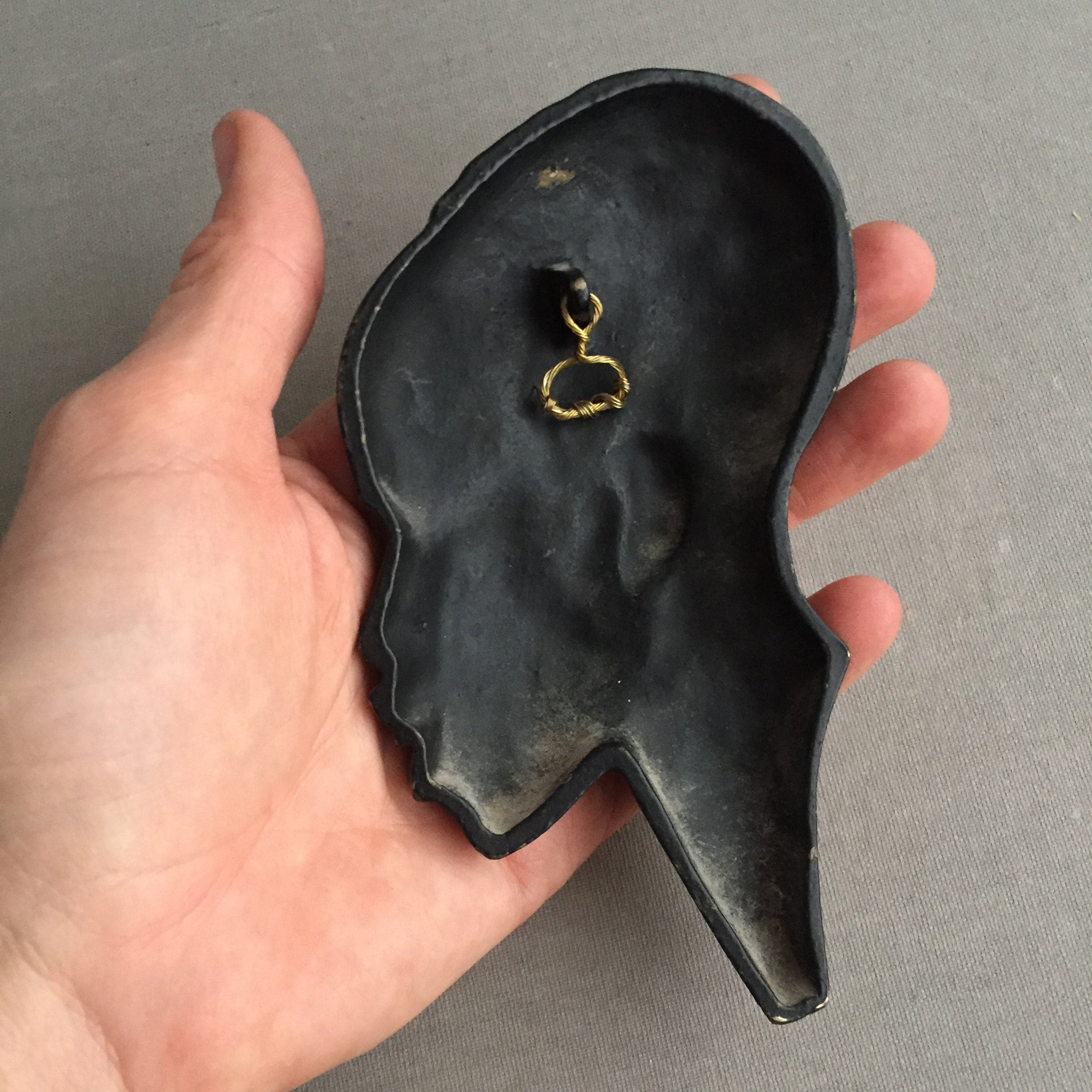 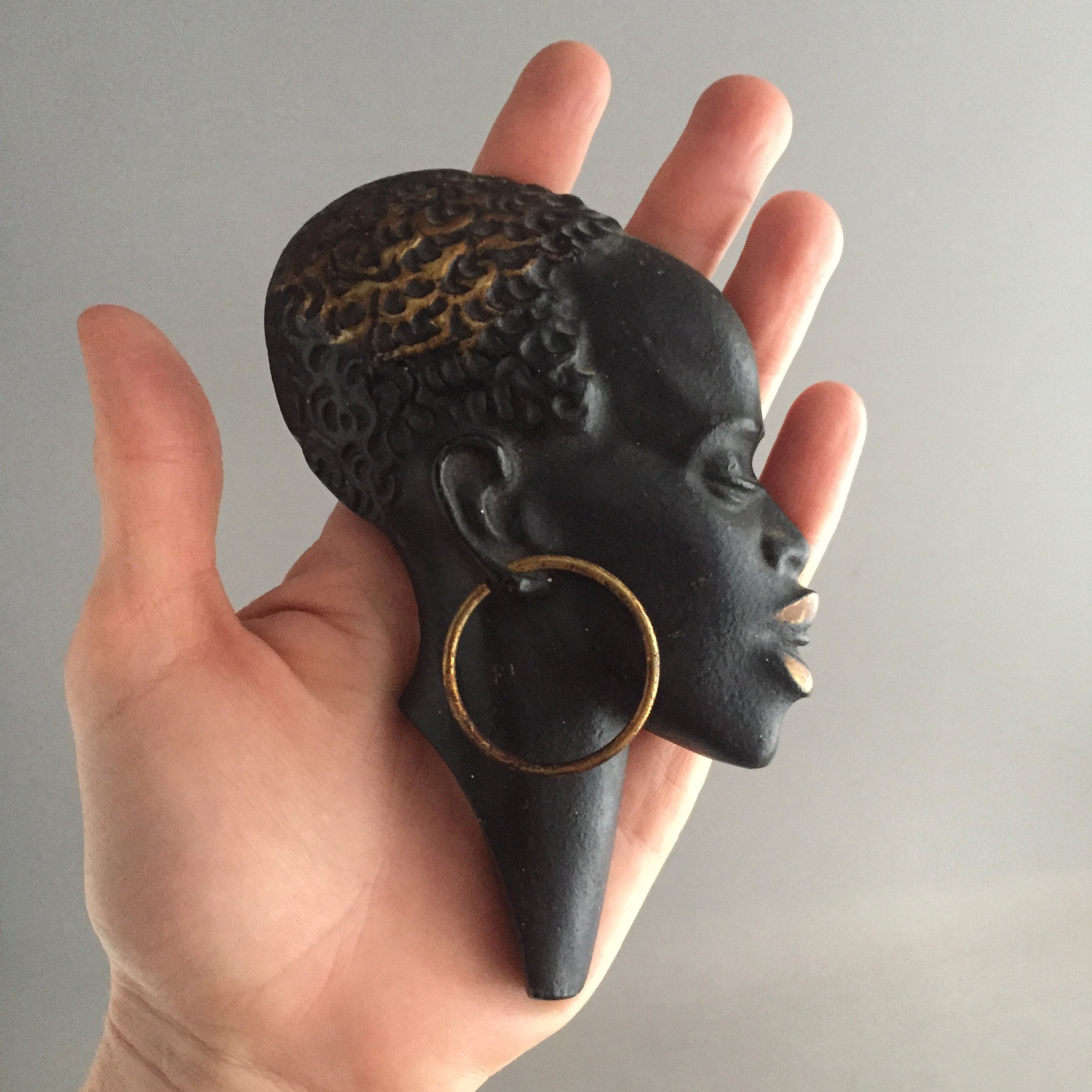 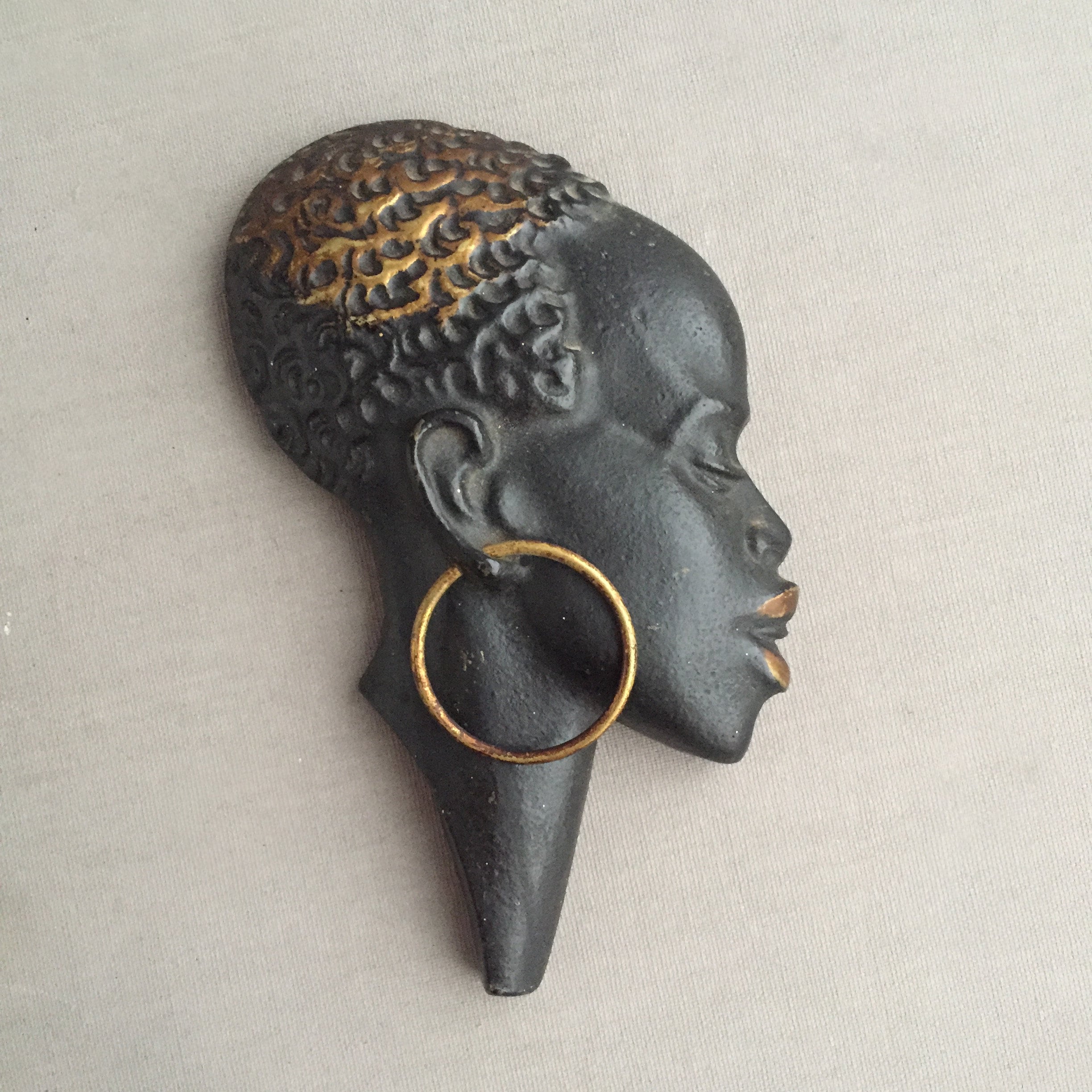 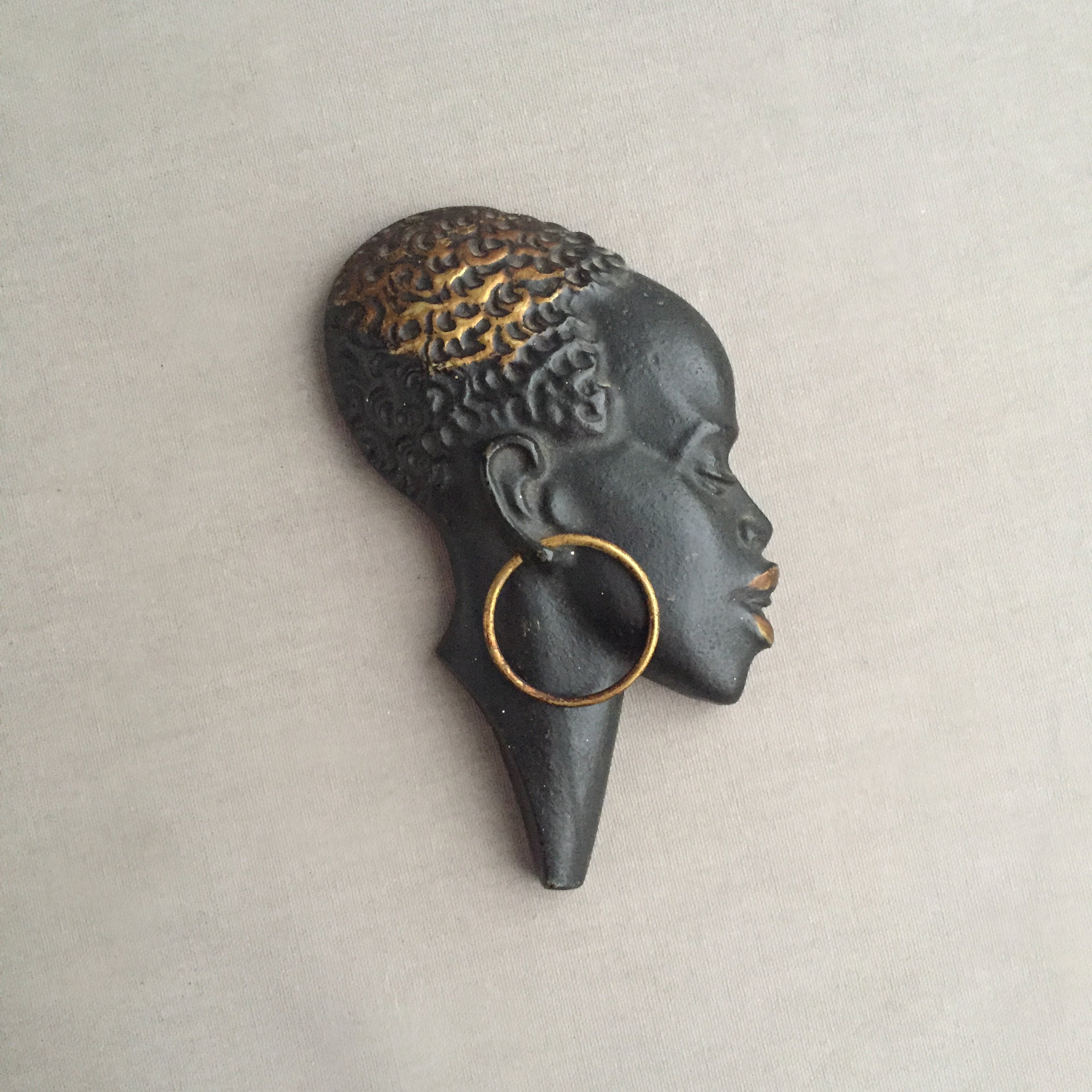 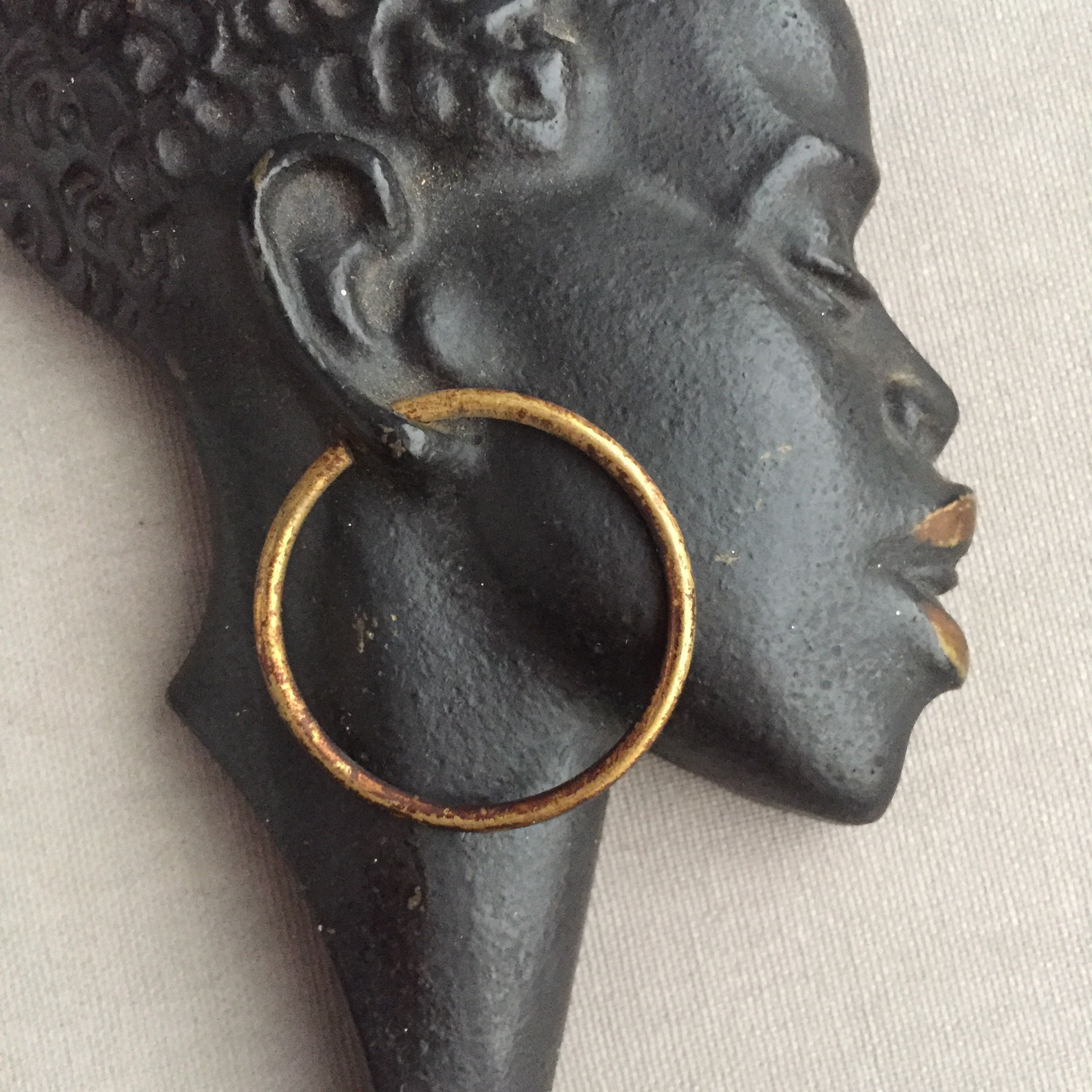 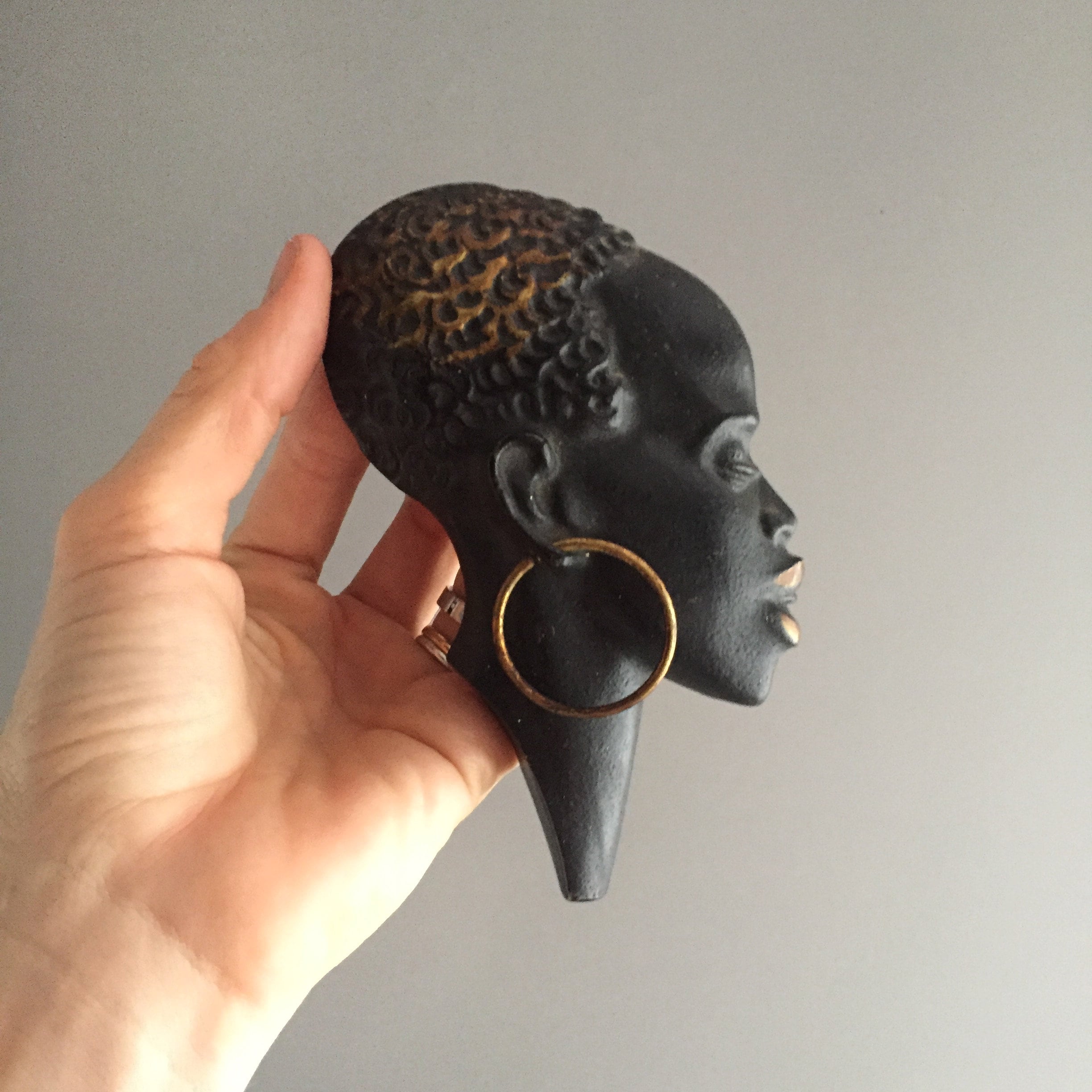 A small patinated bronze wall mask in the form of the head of an African woman with a large hoop earring in her ear. This piece is attributed to the workshop of Austrian designer Richard Rohac, and dates to the 1950s. Rohac was apprenticed at Werkstätte Hagenauer in Vienna before opening his own workshop in 1932. Following the war, he produced a wide range of decorative and practical pieces, clearly influenced by his time at Hagenauer. This piece is unmarked but is identical in form to other pieces produced by Rohac.
Dimensions:W: 9.5cm (3.7")H: 14cm (5.5")D: 2cm (0.8")