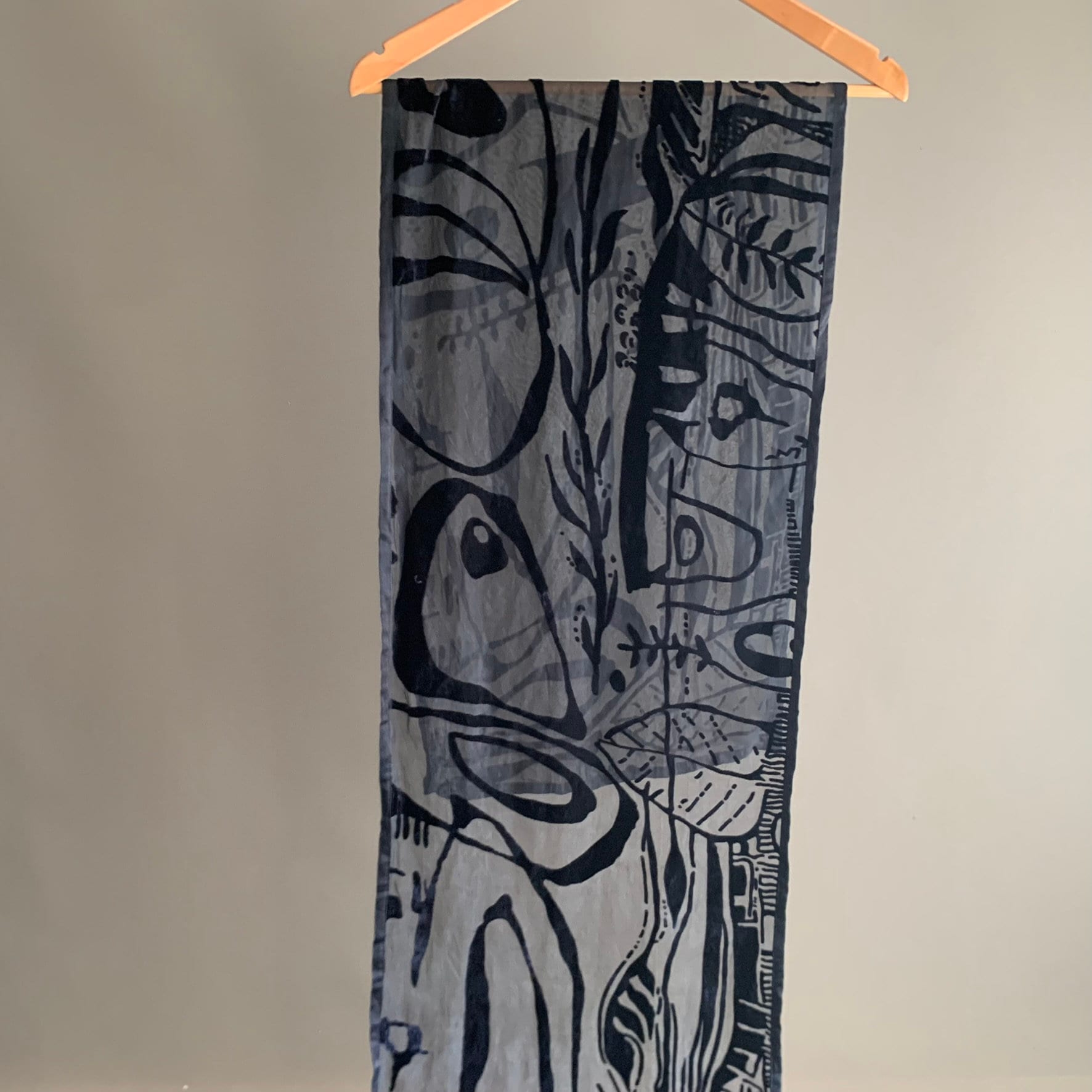 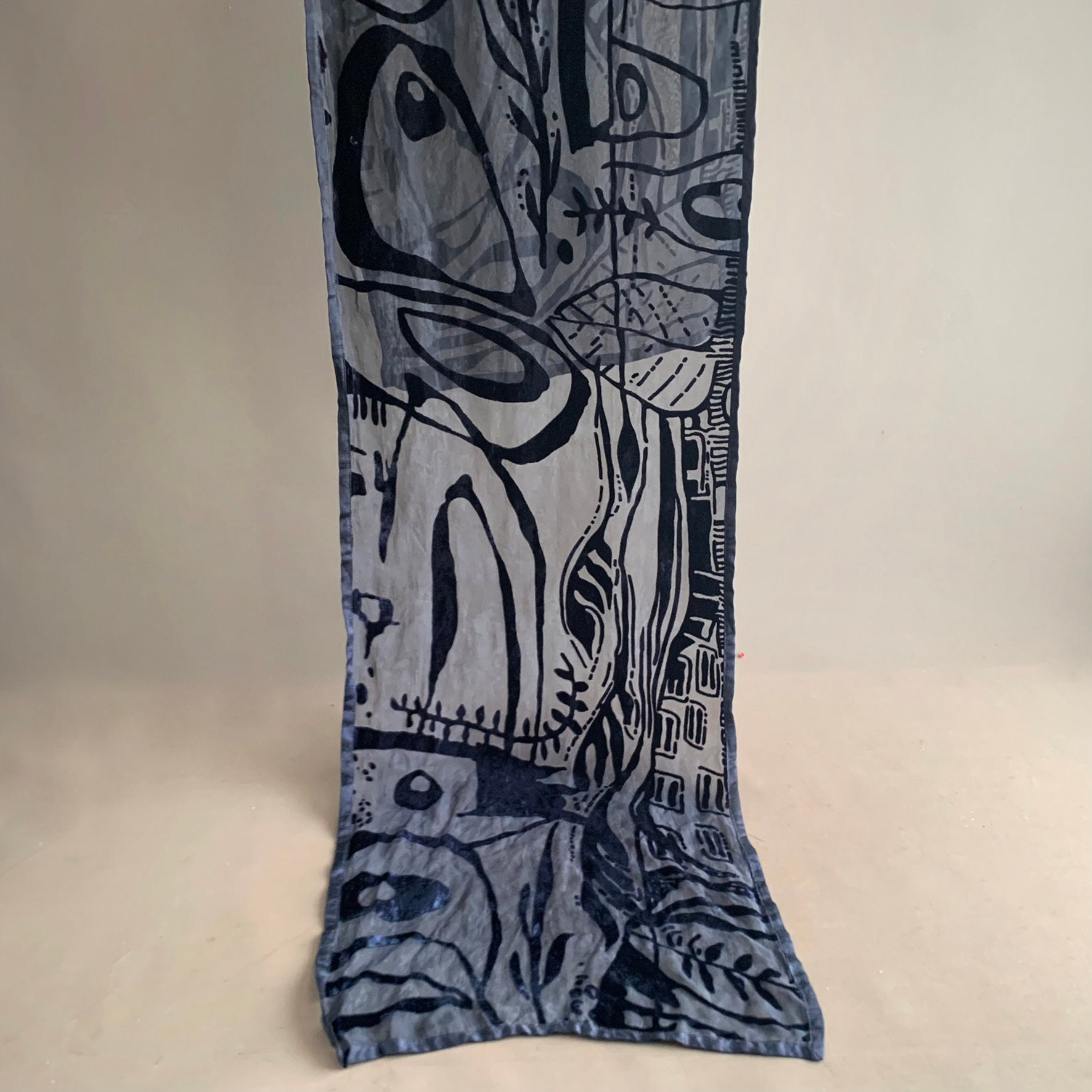 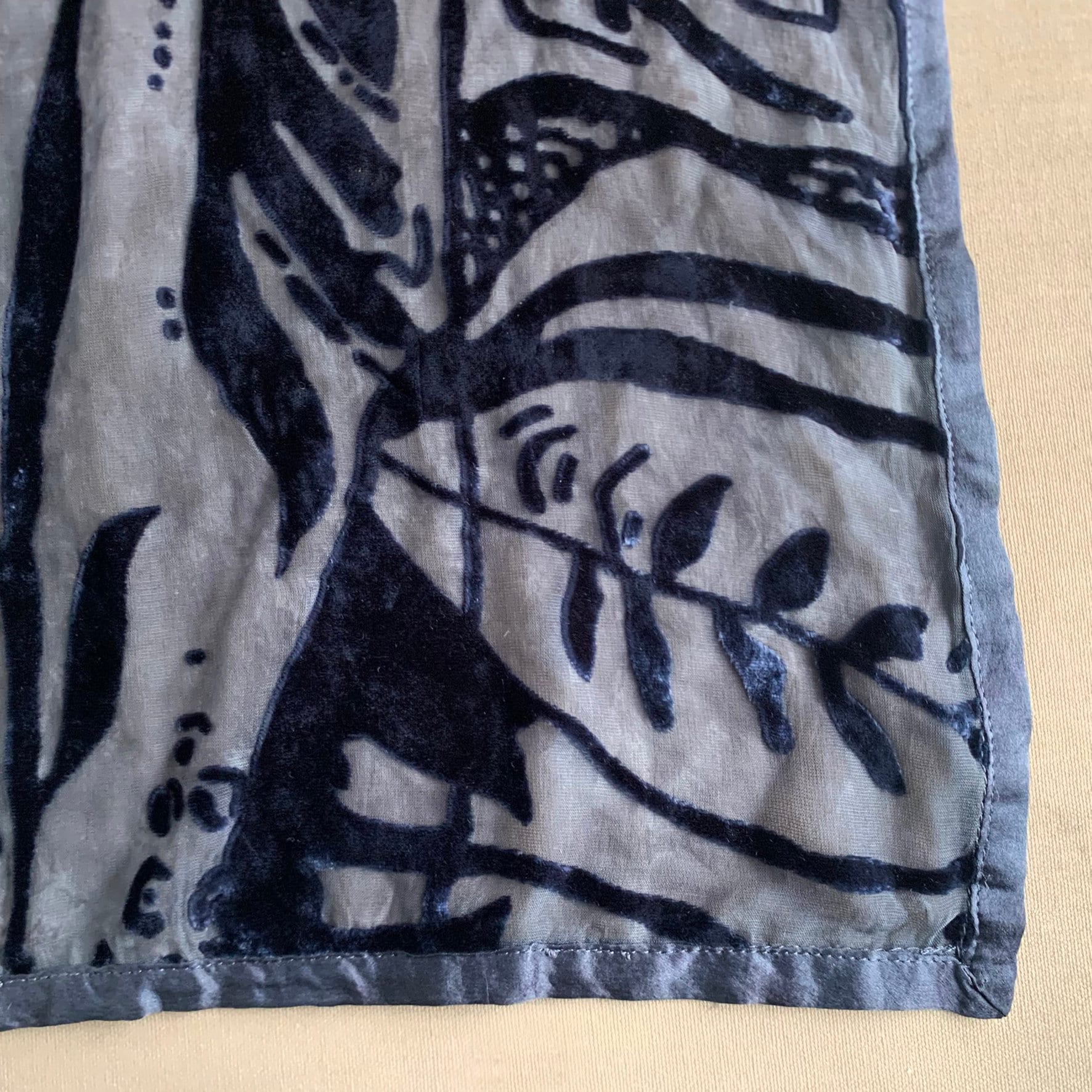 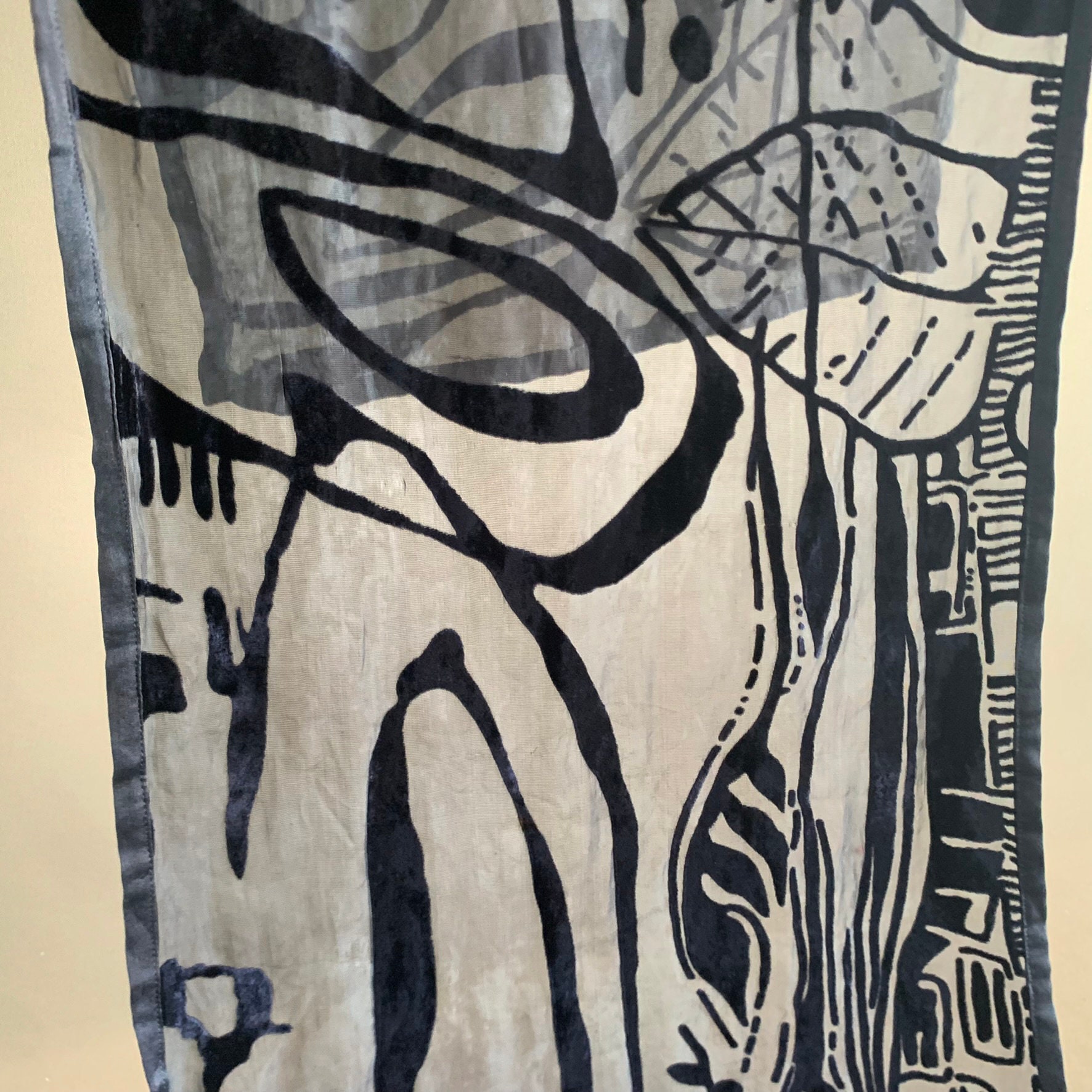 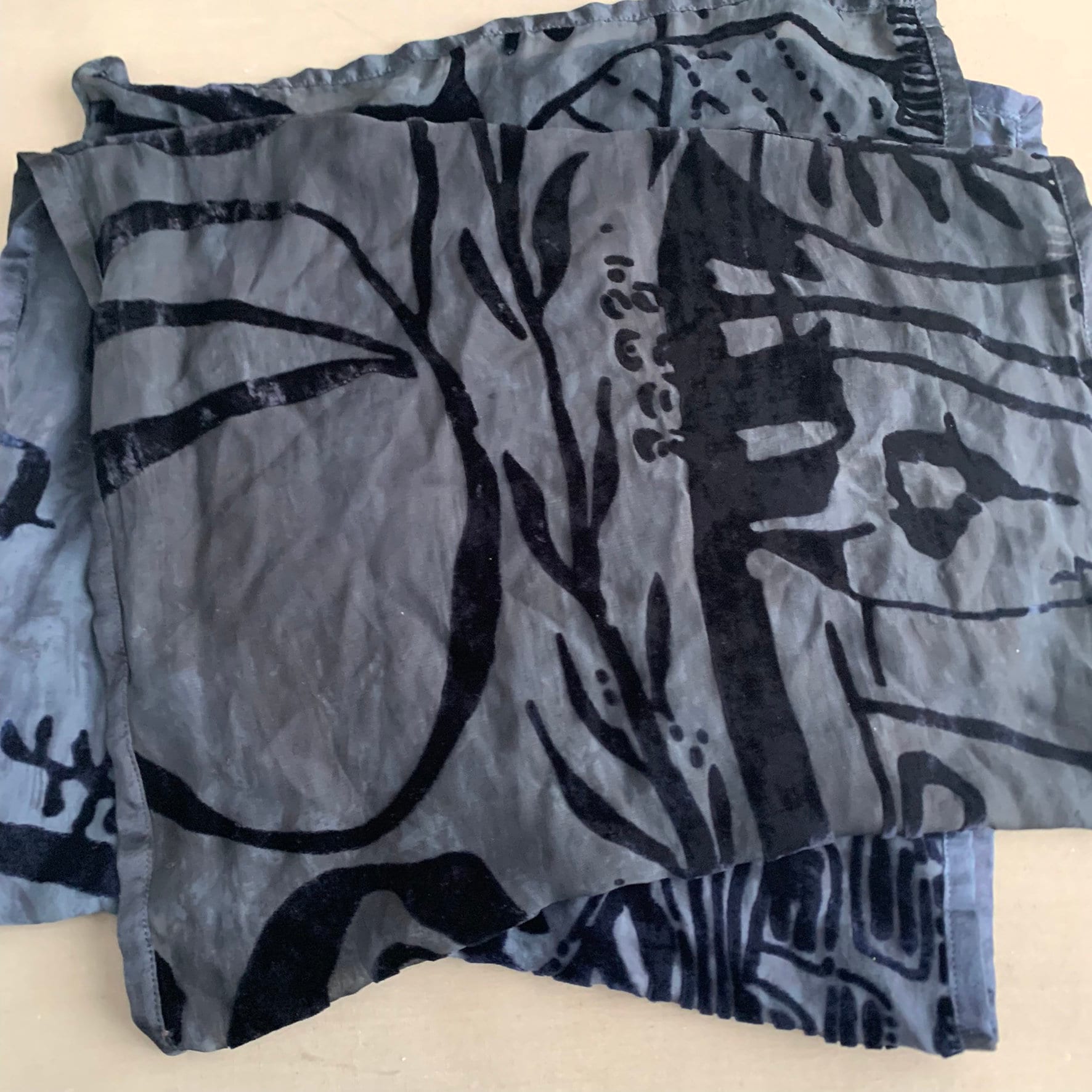 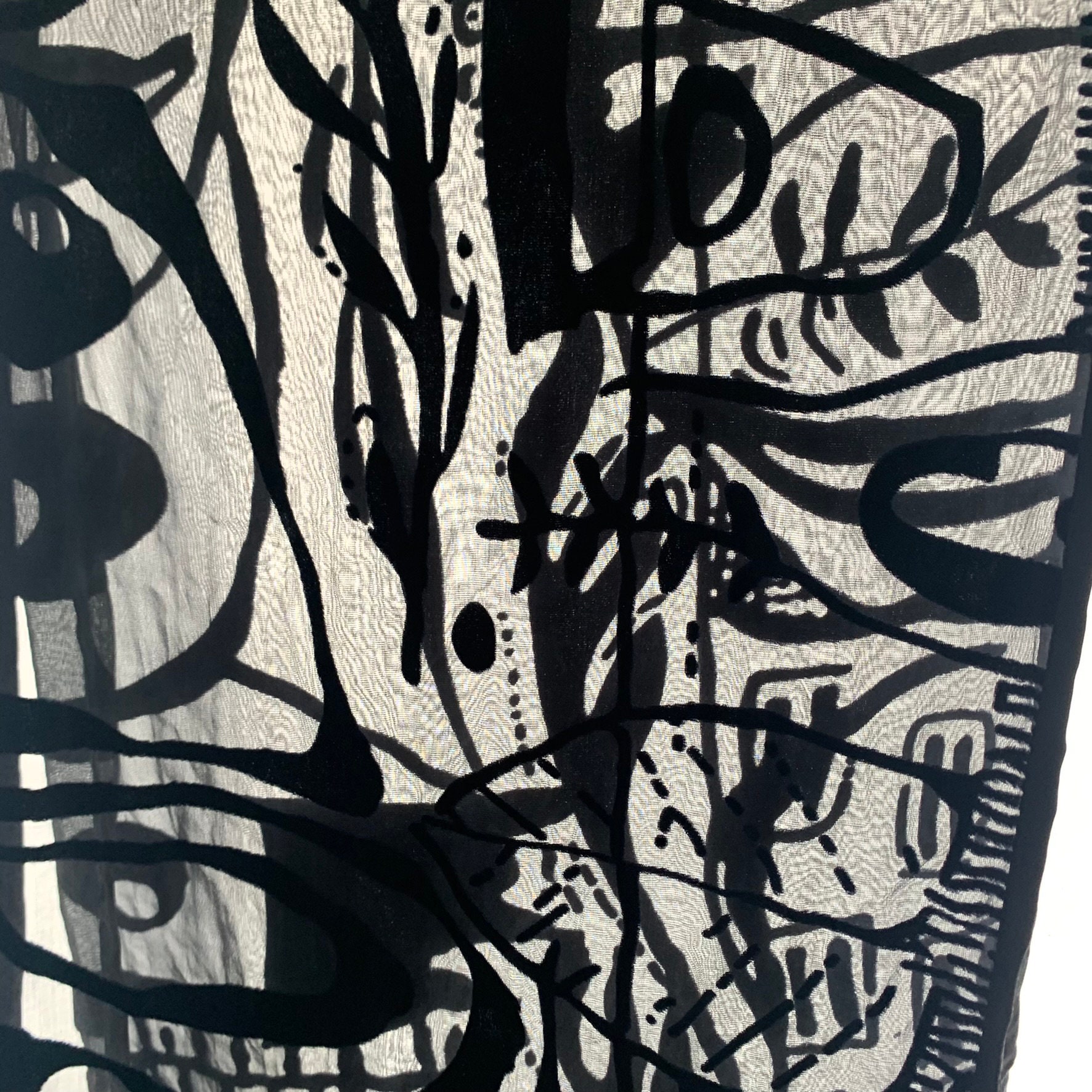 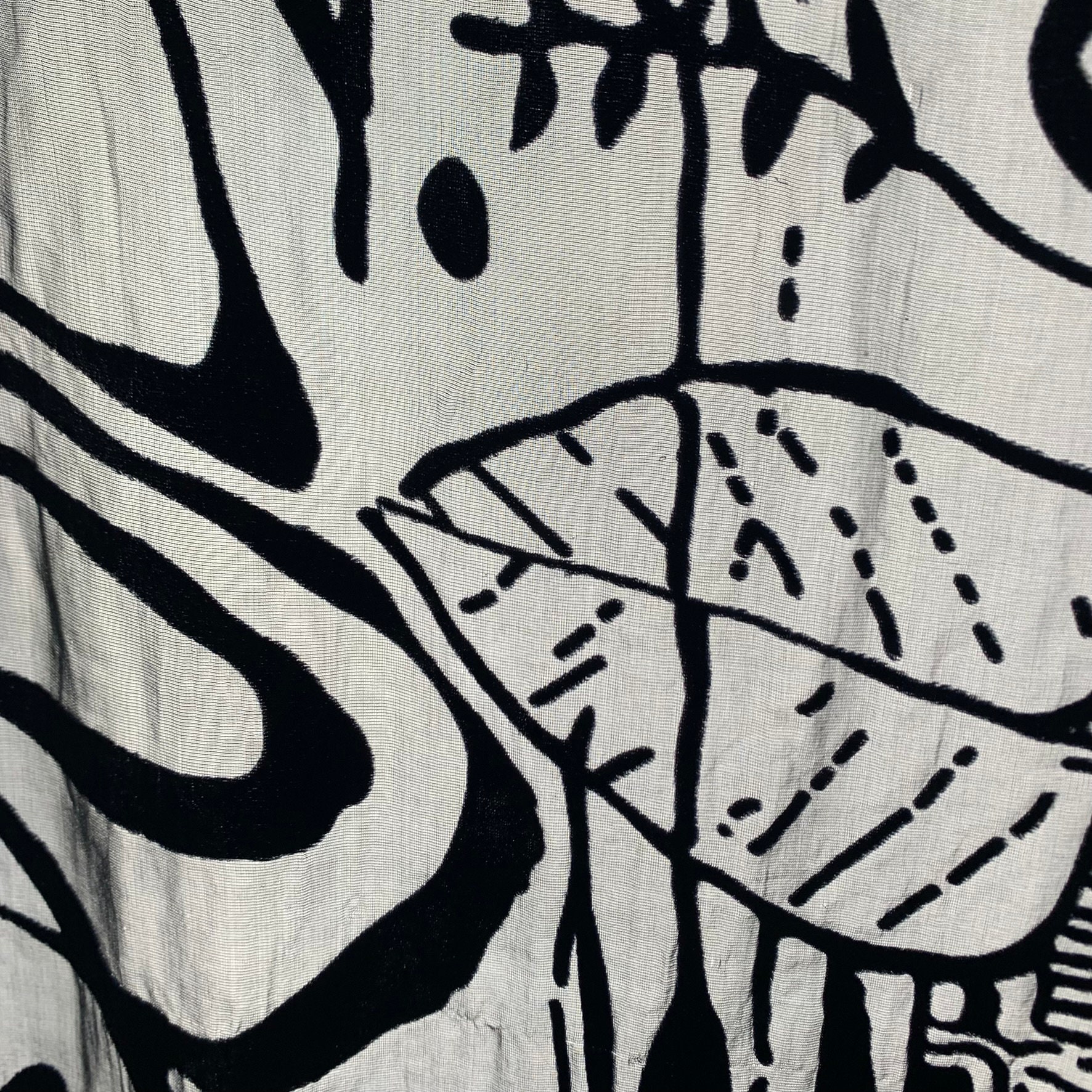 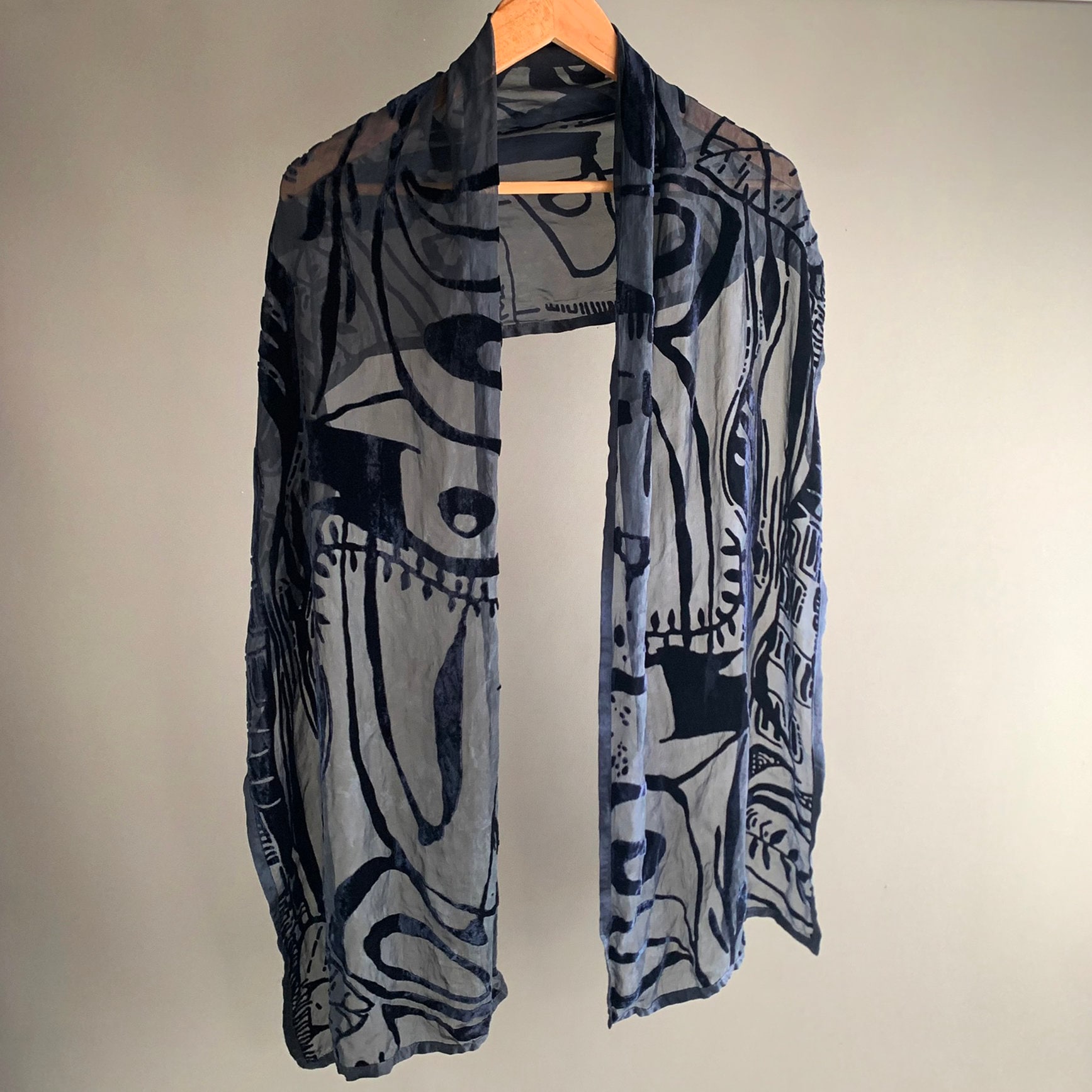 A fine and delicate silk Devore scarf in a mid night blue. supplied in a gift box

Devoré (also called burnout) is a fabric technique particularly used on velvets, where a mixed-fibre material undergoes a chemical process to dissolve the cellulose fibres to create a semi-transparent pattern against more solidly woven fabric. The same technique can also be applied to textiles other than velvet, such as lace or the fabrics in burnout t-shirts.

Burnout fabrics are thought to have originated in France, possibly as a cheap alternative to lace that could be created using caustic paste on fabric.The commercial chemical process used in fashion garments was developed in Lyon at the turn of the 19th and 20th centuries.