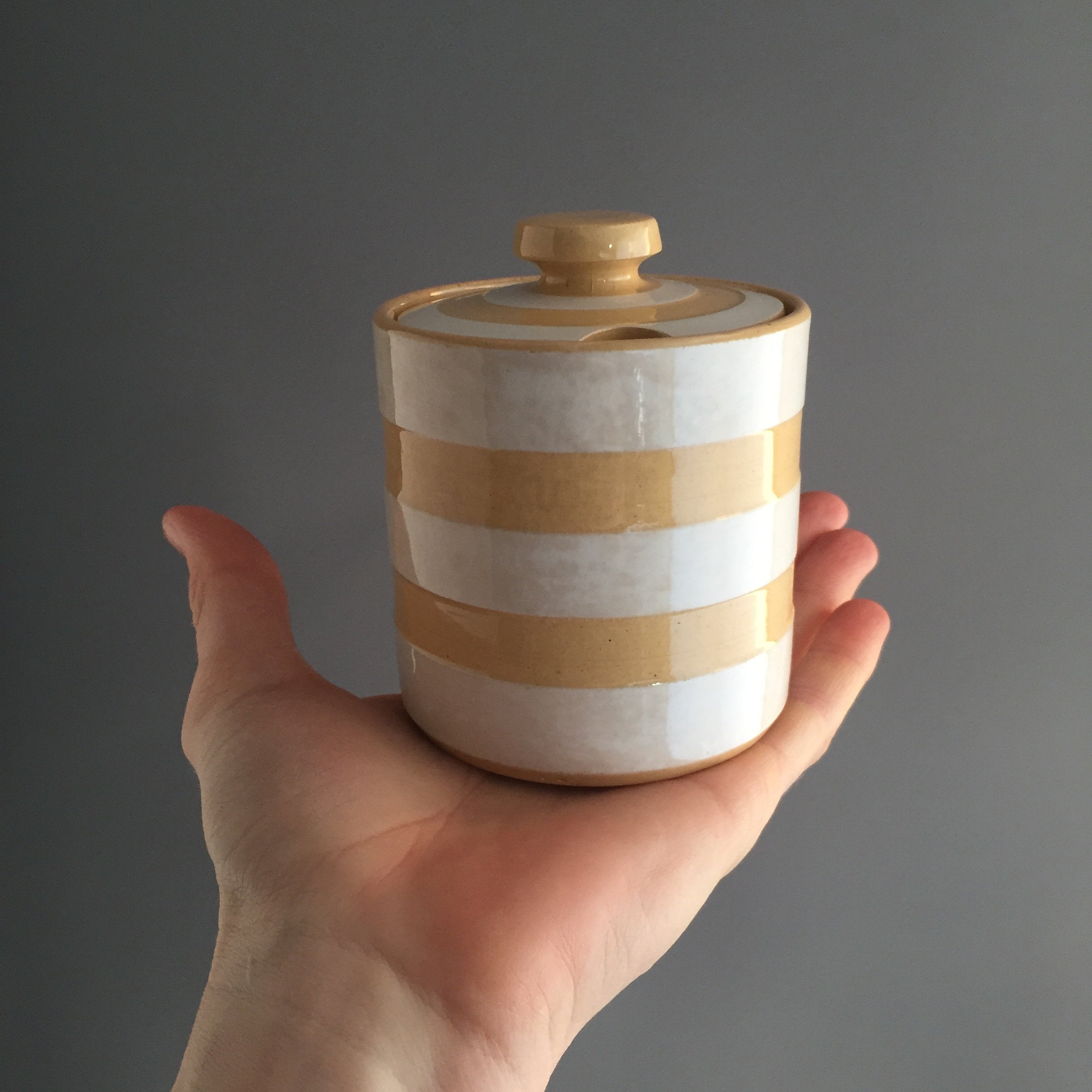 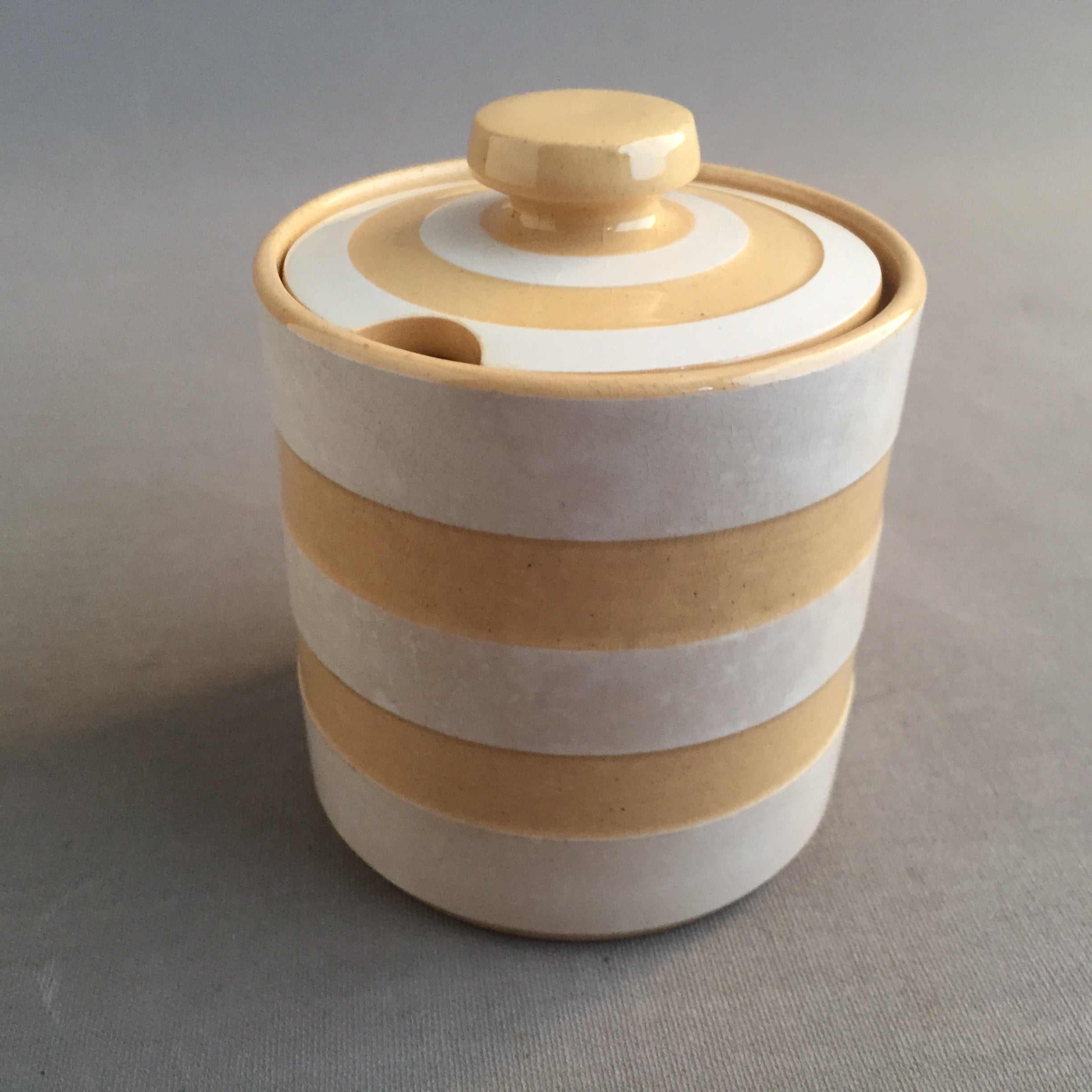 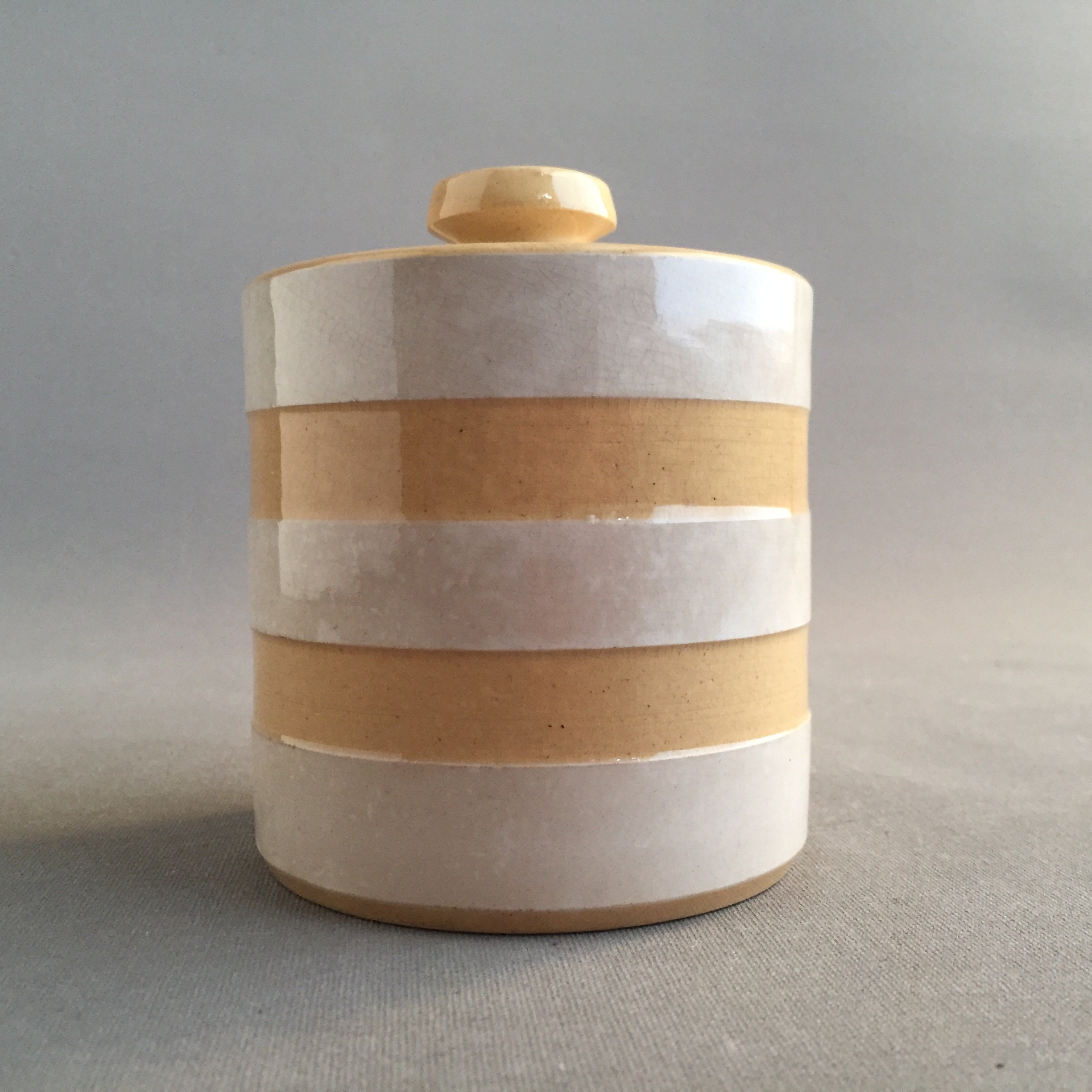 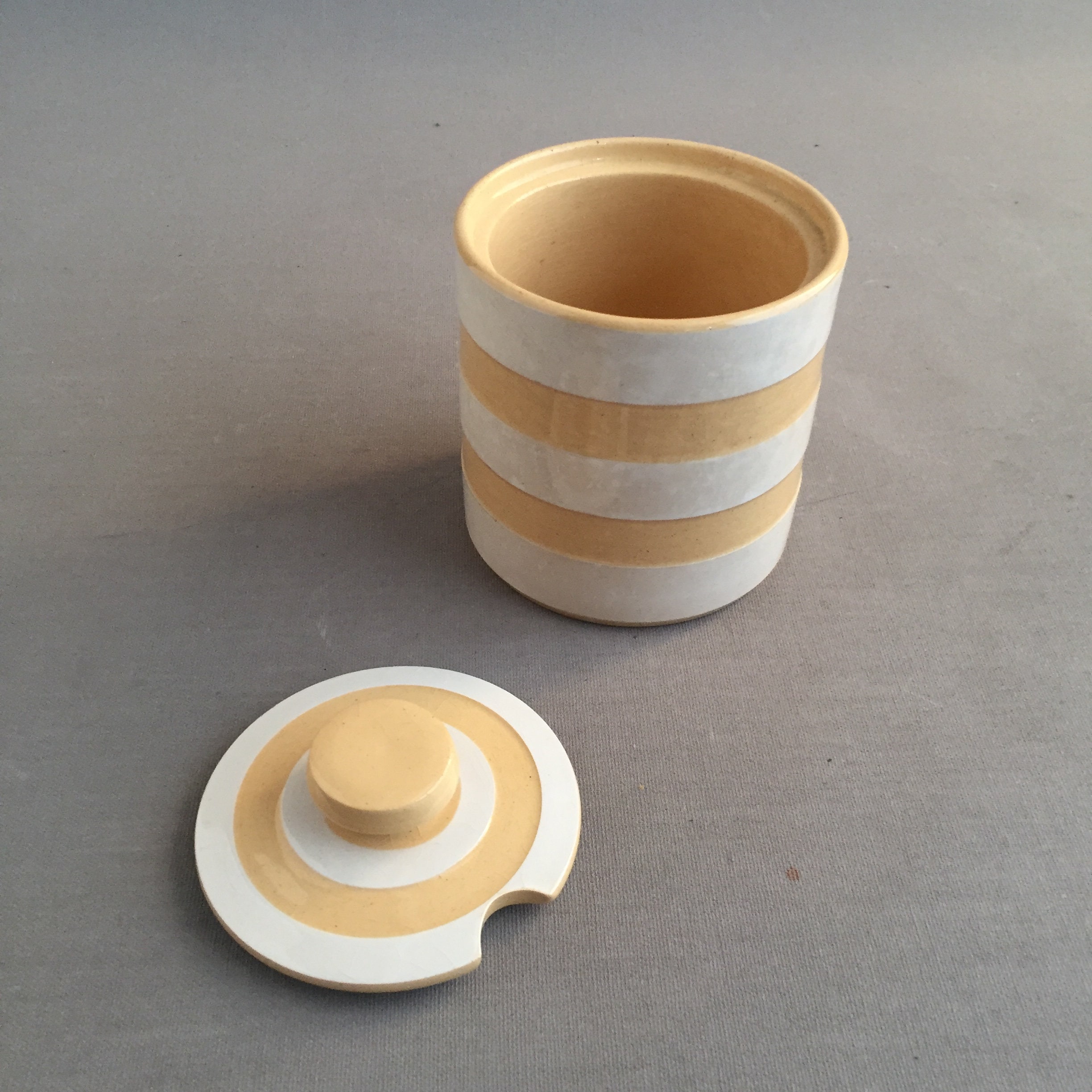 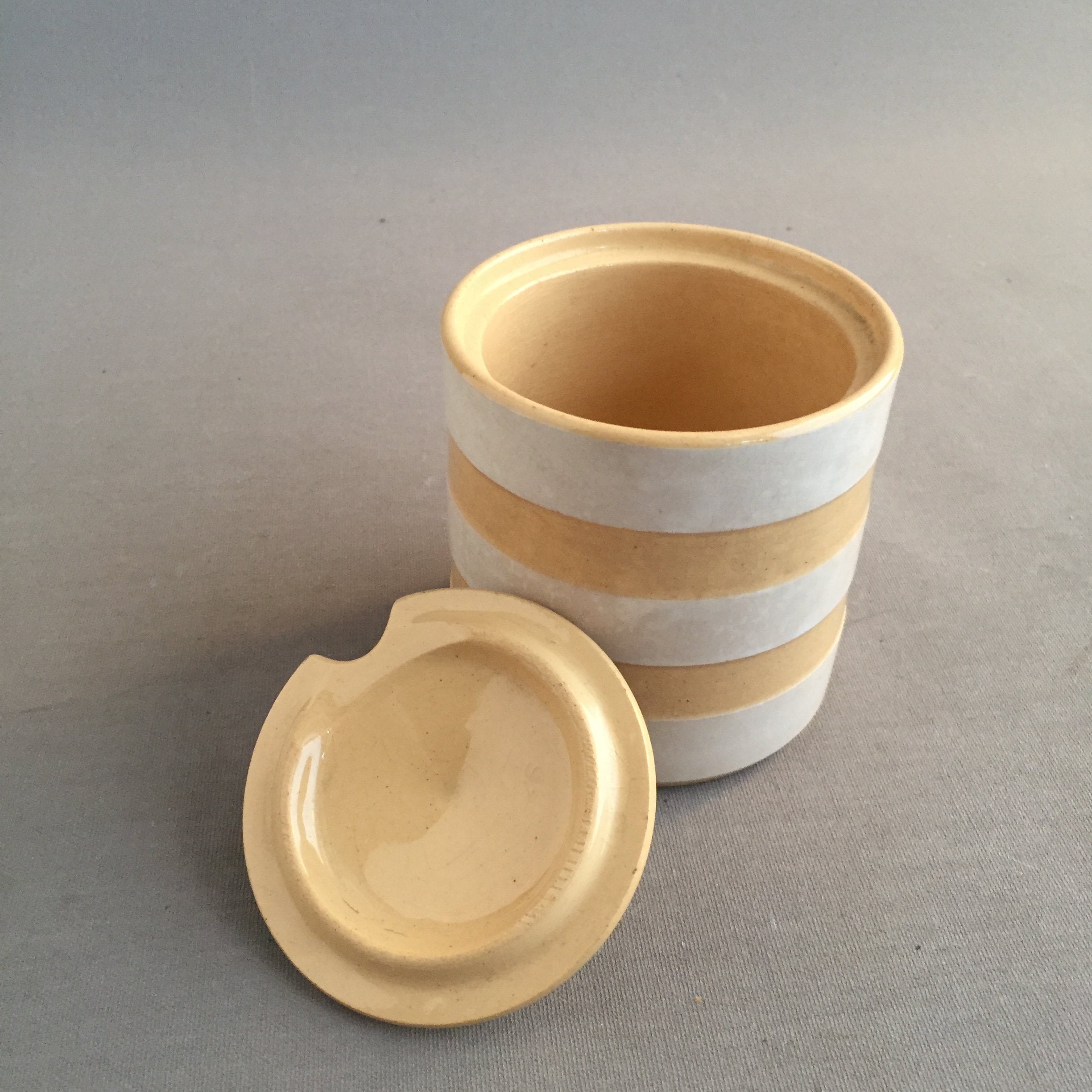 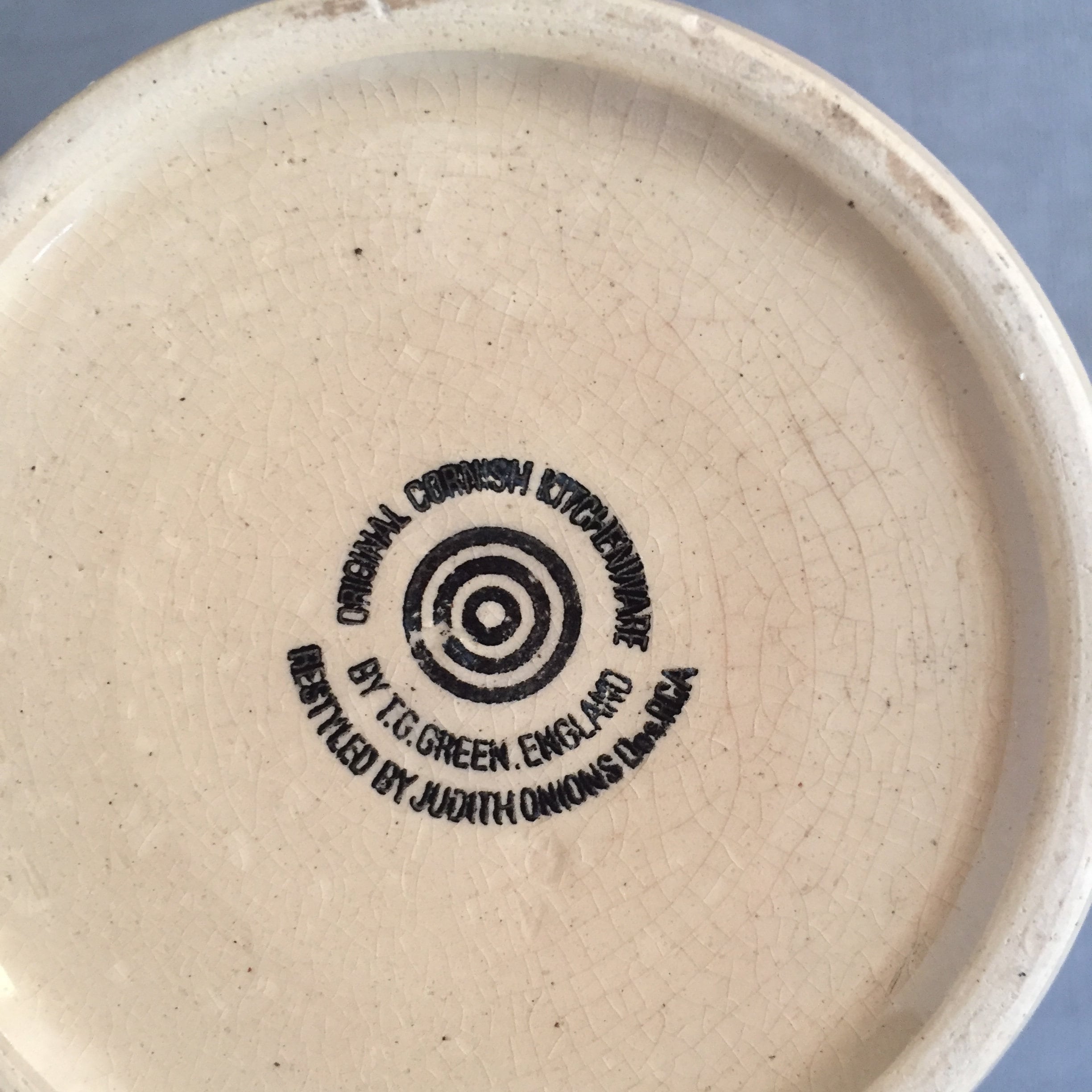 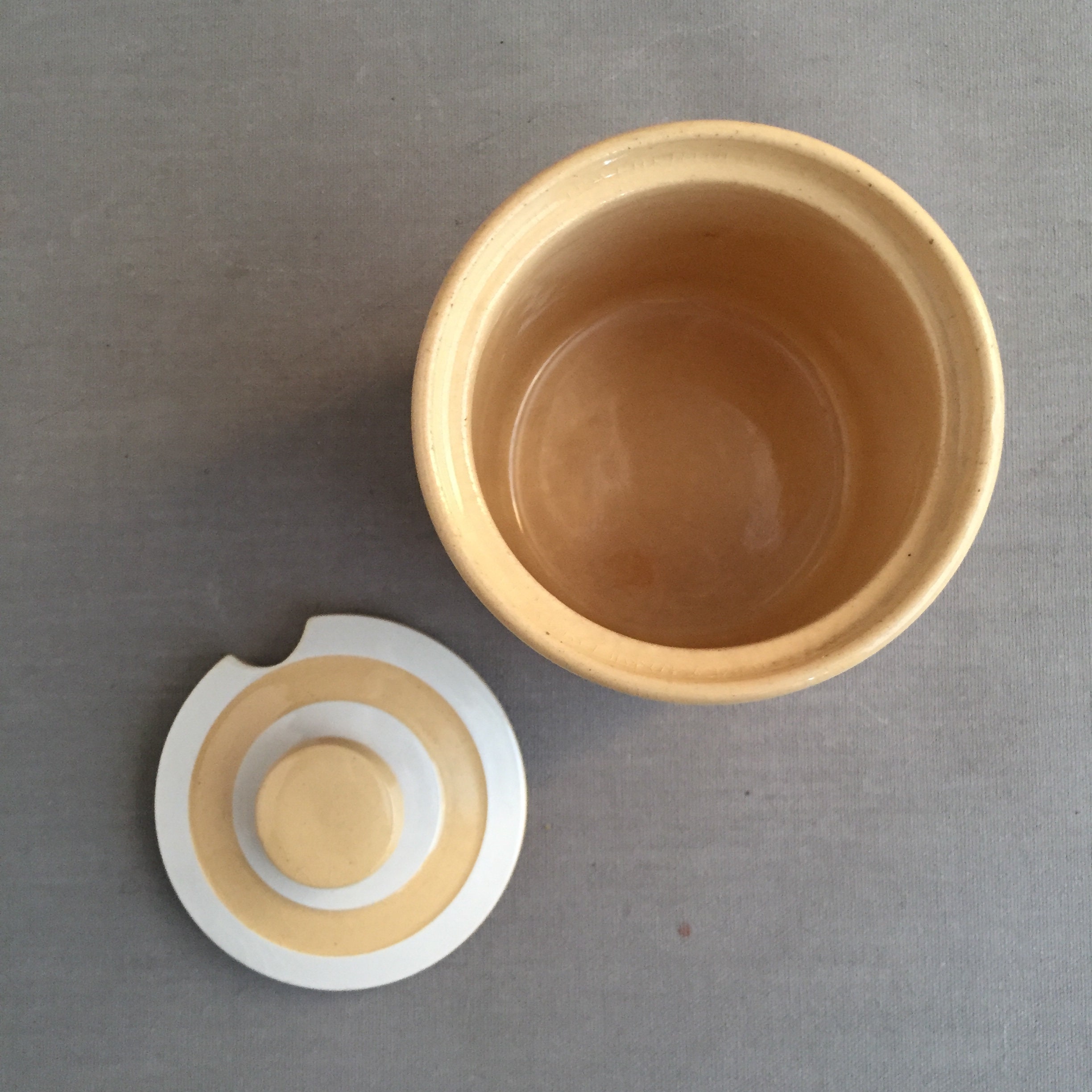 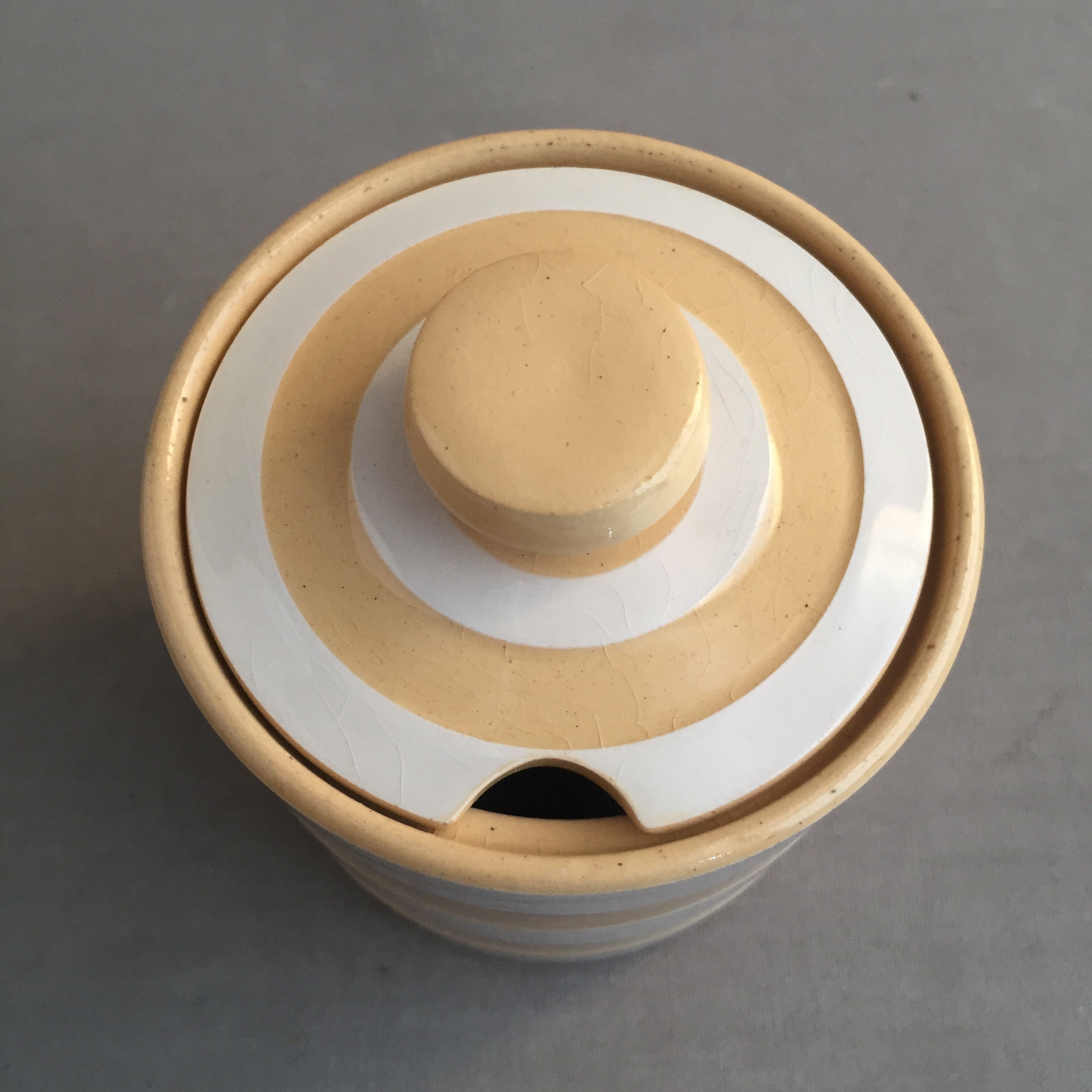 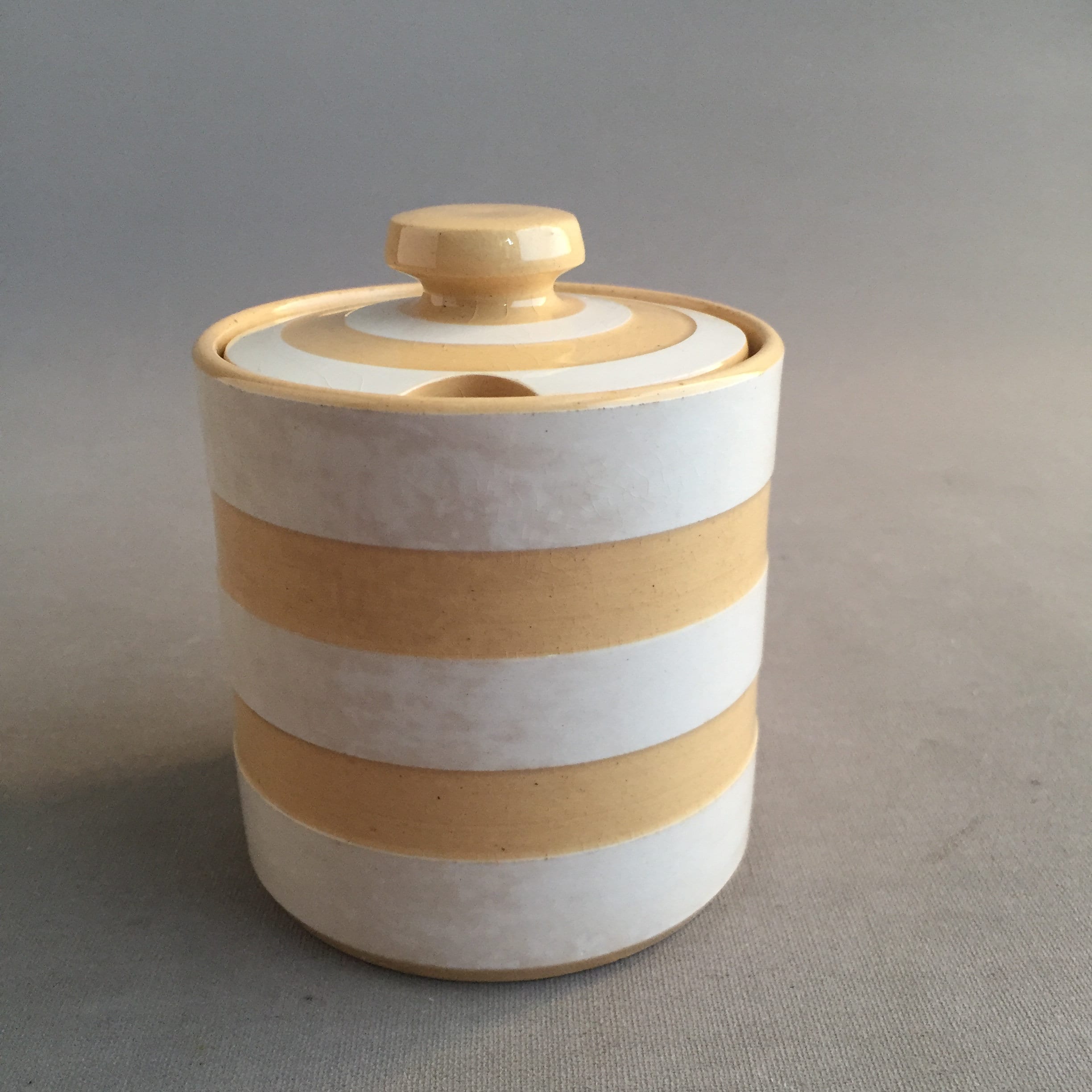 An iconic vintage TG Green Cornishware Kitchen pot, in the rare Gold and White colourway and bearing the Judith Onions 'Target' backstamp, dating it from 1968 to 1975.

The Cornishware range had remained largely unchanged from the 1920s until a young designer, Judith Onions, was bought in to freshen up the range, which she did by 'modernising' the shapes, but kept the same classic hooped design, albeit with some new colours including this fab and fairly rare gold and white hooped design.
It measures approximately 10cm tall (with lid) with a diameter of 8.5cm
There is crazing to the glaze and some discolouration to the cream band- but there are no chips or cracks